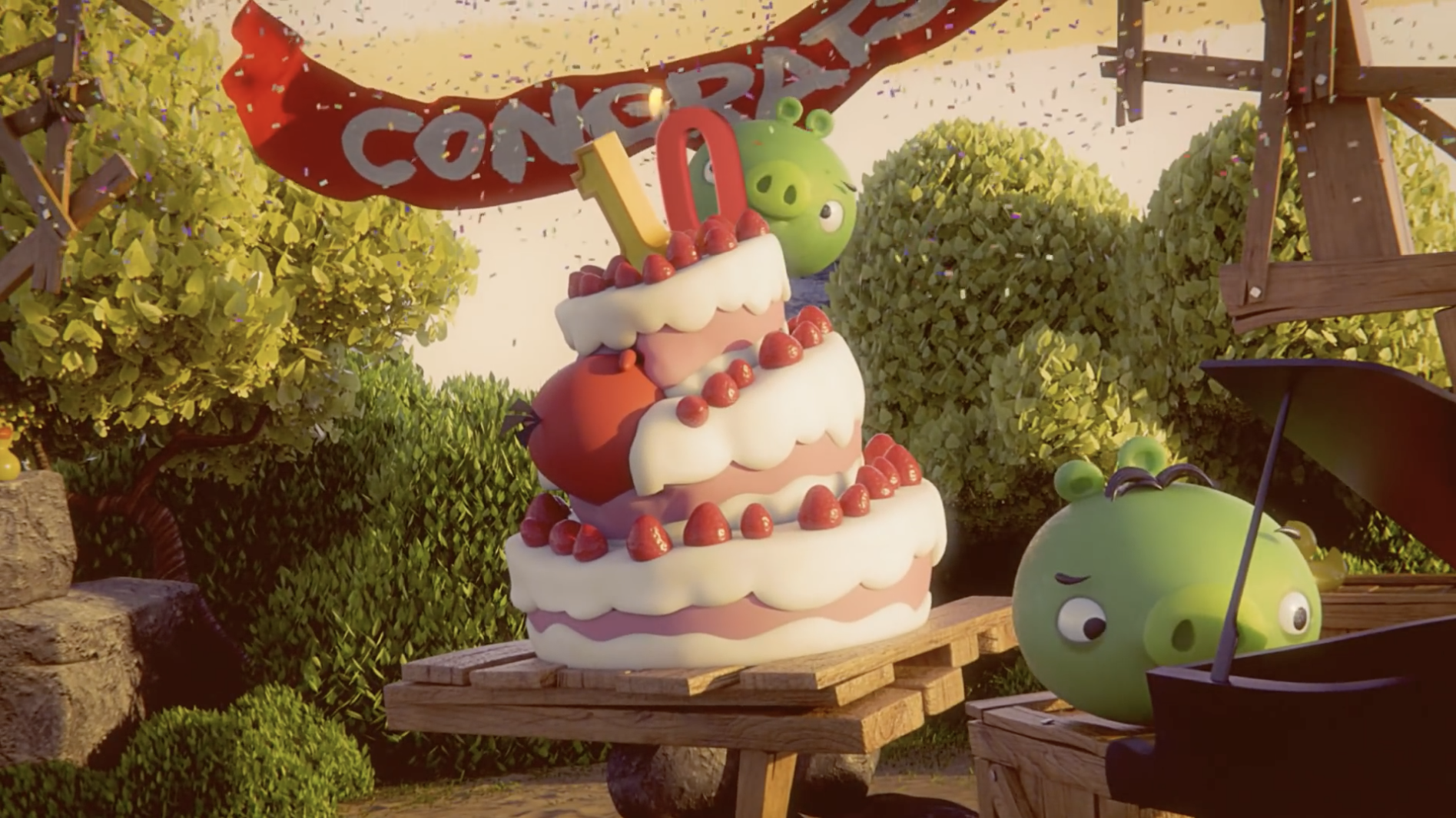 A month ago, developer Rovio began a celebration of the 10th anniversary of their flagship gaming series Angry Birds by sending out a Rage Rider scooter to a number of outlets to spread the message of turning anger into something positive. However, that was just one portion of what they were calling the “Bring the Anger” campaign, and in fact today, December 11th, is the actual exact day of the tenth anniversary of the original Angry Birds game releasing. Where does the time go!? So to celebrate this Rovio has released a very cool video looking back at the past ten years of Angry Birds, including the numerous games, movies, animation shorts, and merchandise. Oh the merchandise!

I’ll never forget the time I went to my dentist for the first time back in 2010 and when he asked what I did for a living I told him I ran a website for iPhone games and he instantly shouted “ANGRY BIRDS!” directly into my face. That is when I knew the enormous pop-culture phenomenon the game had become. It really does stand out as the mascot or the face of mobile gaming. The original Angry Birds game was the first mobile game ever to reach the one billion downloads mark, and the franchise as a whole has reached more than 4.5 billion downloads across all its games.

Back when we posted about the Rage Riders last month, Rovio teased “a new public event” that they’d be unveiling in Time Square New York. Well that turned out to be the “Venting Machine” which is a vending machine that was specifically designed to be beat up, shook, kicked, and generally exists for you to take your anger out on. It also awards prizes for doing so. Below you can see a video introducing the Venting Machine and what it’s all about, followed by the unveiling of the machine to the public in Times Square last month featuring WWE Superstar The Big Show.

I know that at some point during the peak of the Angry Birds phenomenon, myself and others experienced something of an Angry Birds fatigue where it just felt like you couldn’t turn the corner without seeing something new featuring Angry Birds. It was just too many games, too many tie-ins, way too much merchandise in every store you went into. It was just overwhelming, and despite liking the games themselves quite a bit I just sort of became numb to anything and everything Angry Birds. However, I feel like that over-saturation point has passed and the franchise is now at a pretty good point having pumped out two actually very good movies and maintaining their smaller stable of mobile games. It’s actually fun to look back at the past decade and see what a huge impact the Angry Birds series has had on the world, not just the mobile gaming space. And it will be even more interesting to see what lies in store for the series over the course of the next decade. Happy birthday Angry Birds!

December 1, 2019
Despite a growing list of challengers, Amazon remains the dominant force in the global smart speaker market, accounting for more than a third of...

May no idea be left to die

Google disables Xiaomi integrations for all its devices after a Nest...