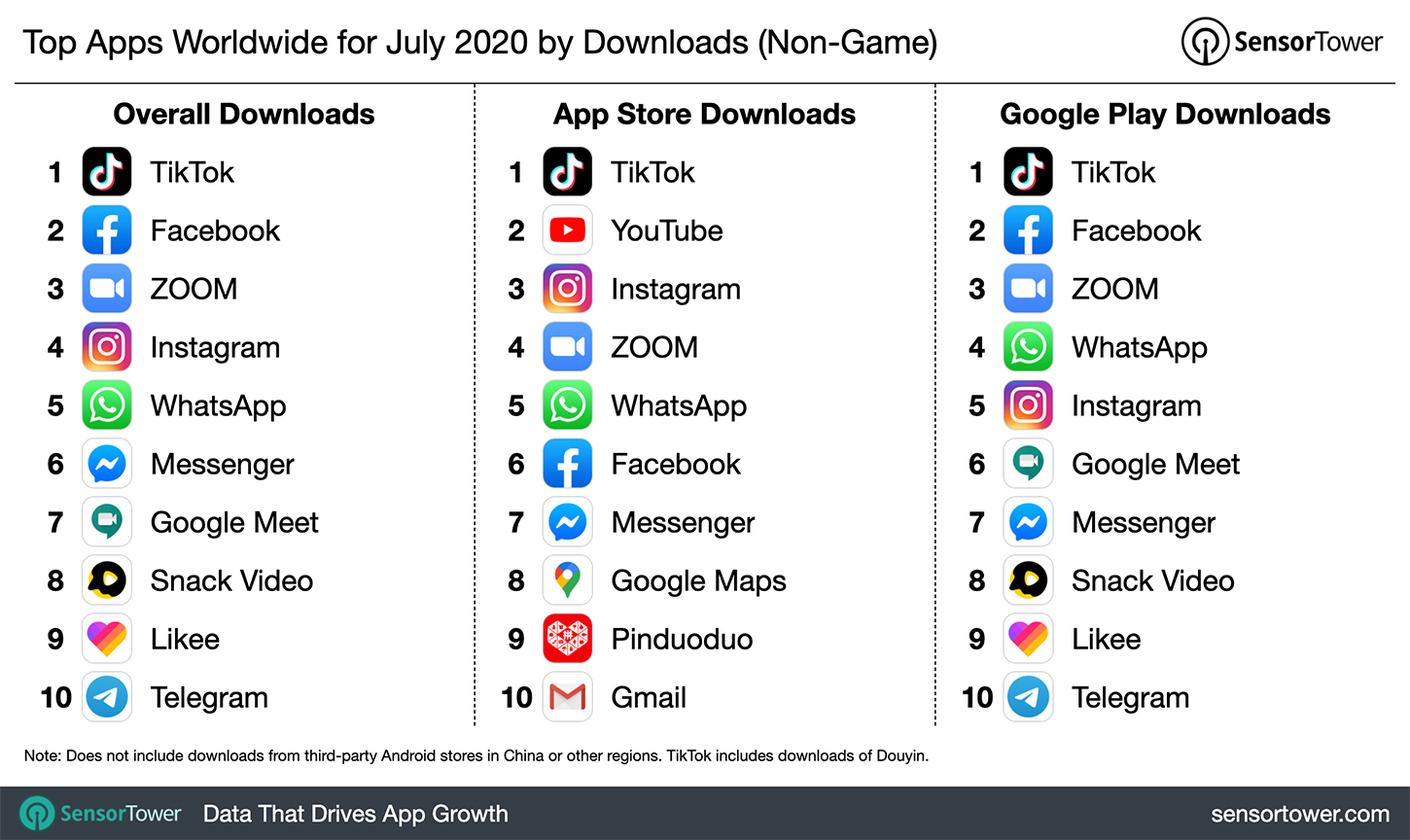 TikTok was the most downloaded non-gaming app worldwide for July 2020 with more than 65.2 million installs, which represented a 21.4 percent increase from July 2019. The countries with the most installs of the app during this period were the United States at 9.7 percent of its total downloads and Indonesia at 8.5 percent. The full top 10 ranking of non-gaming apps worldwide by downloads for July 2020 is above. App download estimates are from Sensor Tower’s Store Intelligence platform.

Following TikTok’s ban from India’s App Store and Google Play on June 29, Snack Video climbed to the top 10 non-gaming apps for the first time ever, ranking No. 8 above fellow video-sharing app Likee. Snack Video generated about 28.8 million installs in July, over 3.5 times the 7.8 million it saw the month before.

Want to see how the rankings compared to the previous month? Check out the Top Apps Worldwide for June 2020 by Downloads here.

Store Intelligence users can see app download estimates for the above apps in addition to historical performance metrics on the Sensor Tower platform. Our estimates include downloads for the App Store and Google Play worldwide between July 1, 2019 and July 31, 2020. Apple apps and Google pre-installed apps are excluded. We report unique installs only. Android estimates do not include third-party stores. Figures represent aggregate installs of all app versions, ex: Facebook and Facebook Lite.

Stylish Maze Puzzler Sphaze is Launching on Android with 15 New Levels and a...

AAPL growth will be limited in the short-term, say analysts