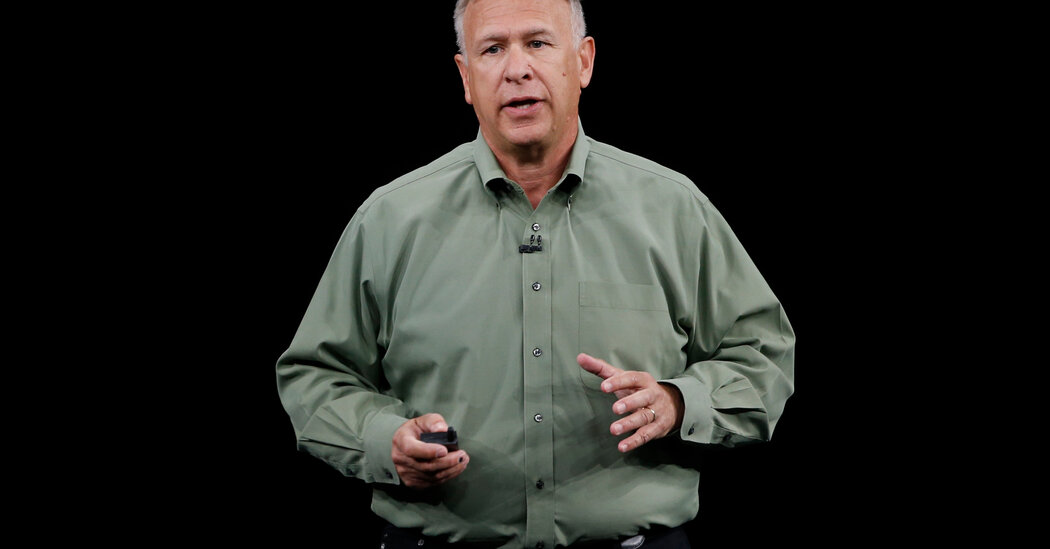 Apple announced on Tuesday that its long-serving chief marketing officer, Phil Schiller, would step down and be replaced by Greg Joswiak, a prominent product marketing executive at the company.

The company said that Mr. Schiller would continue to work at the company as an “Apple Fellow” and oversee the Apple App Store and the company’s communications, among other duties. He will continue to report to Apple’s chief executive, Tim Cook.

“Phil has helped make Apple the company it is today and his contributions are broad, vast, and run deep,” Mr. Cook said in a statement. He added that Mr. Joswiak’s many years of leadership at the company made him “perfectly suited to this new role.”

The move follows the departure of some prominent company leaders in the last few years, including Jony Ive, Apple’s former head of design, and Angela Ahrendts, who once served as the company’s head of retail.

“I’ll keep working here as long as they will have me,” Mr. Schiller, 60, said in the company’s statement. “I also want to make some time in the years ahead for my family, friends, and a few personal projects I care deeply about.”

Mr. Schiller’s title as head of marketing was, in some ways, an understatement for his actual role at the company. The Apple executive was involved in the conception and design of the company’s most important products, including the iPhone and iPad, working closely with Steve Jobs, Mr. Ive and Scott Forstall, the former head of software. Mr. Schiller has worked at Apple since 1987.

In an interview last October, Mr. Schiller reflected on the development of the original iPad. Around 2005, he and other Apple executives watched a demonstration from Bas Ording, an interface designer, on multitouch technology, in which he pretended to scroll on the screen and the screen moved up and down, mimicking realistic physics. The team decided to table the development of a tablet and focus on bringing multitouch technology to a smartphone, which would eventually become the iPhone. The iPhone’s success, followed by the introduction of the App Store, laid a foundation for Apple to develop the iPad.

“We all got excited because when you think of all of the best products from Apple through history, usually the user interface model is essential to that departure from the past — whether it’s the mouse and the Mac, the click wheel on the iPod — this was going to be one of those moments,” he said.

When Mr. Jobs took a leave of absence from the company before his death, Mr. Schiller hosted the company’s marketing events to introduce new products. Some believed Mr. Schiller was among those who could succeed Mr. Jobs, though it eventually became clear that Mr. Cook would take over.

Mr. Schiller has long overseen the App Store, which faces scrutiny for taking a 30 percent cut of app sales and in-app purchases. Lawmakers questioned Mr. Cook about the store last week on Capitol Hill, arguing that the policy was anti-competitive and asking why Apple ranked its own apps ahead of rivals’ offerings. Among other issues, they noted that Apple tried to collect its commission on the sales from businesses like ClassPass and Airbnb when they began selling virtual classes during the coronavirus pandemic.

Mr. Joswiak, 56, another longtime Apple veteran known for his gregariousness, oversaw marketing for the iPhone and the iPod. He has worked more often behind the scenes, giving presentations of new products to media professionals. He made few onstage appearances but became more actively involved in events over the last few years.