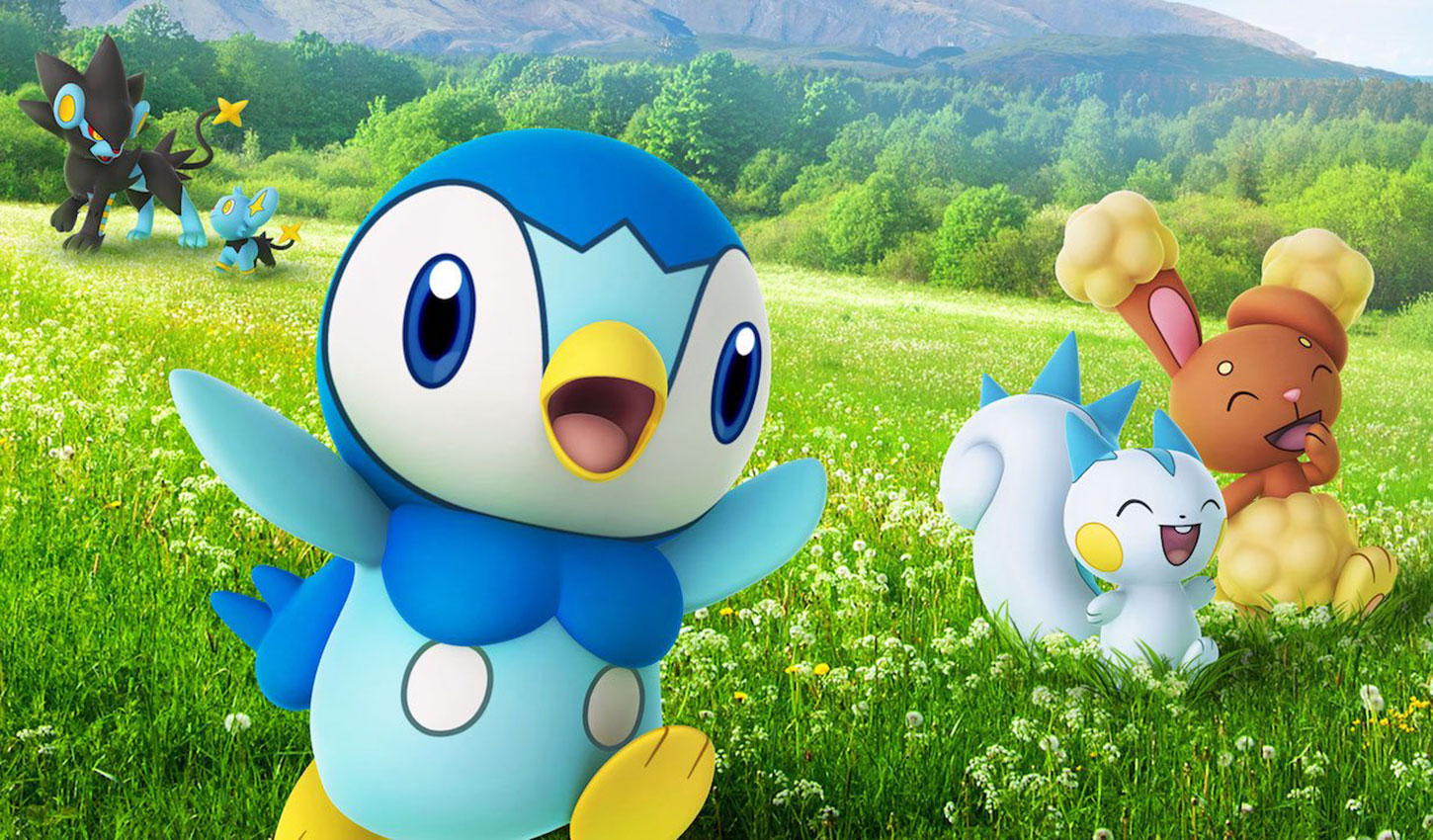 Pokémon GO from Niantic has surpassed $3.6 billion in global player spending as the game celebrates its four-year anniversary since launching on July 6, 2016, according to Sensor Tower Store Intelligence estimates.

The blockbuster title has remained the clear leader in location-based gaming, a category it trailblazed across the globe thanks to the mass appeal of the IP and its ideal fit to the genre. A challenger has emerged, in Japan at least, in the shape of Dragon Quest Walk from Square Enix, which has generated more than $540 million in player spending since its launch in September 2019.

Meanwhile, the second most successful location-based mobile game, Jurassic World Alive from Ludia, has accumulated $76.5 million, while Let’s Hunt Monsters from Tencent has picked up close to $70 million on iOS alone in China. In terms of global appeal, no other title in this category has been able to achieve the level of success that Pokémon GO has.

The scale of its success hasn’t slowed, either. 2019 was a record year for player spending in the title, with Pokémon GO generating $905 million globally. Its previous best year was 2016, during the height of the craze and its regular appearances in global media, when it generated an estimated $832.5 million in just six months following its July launch. 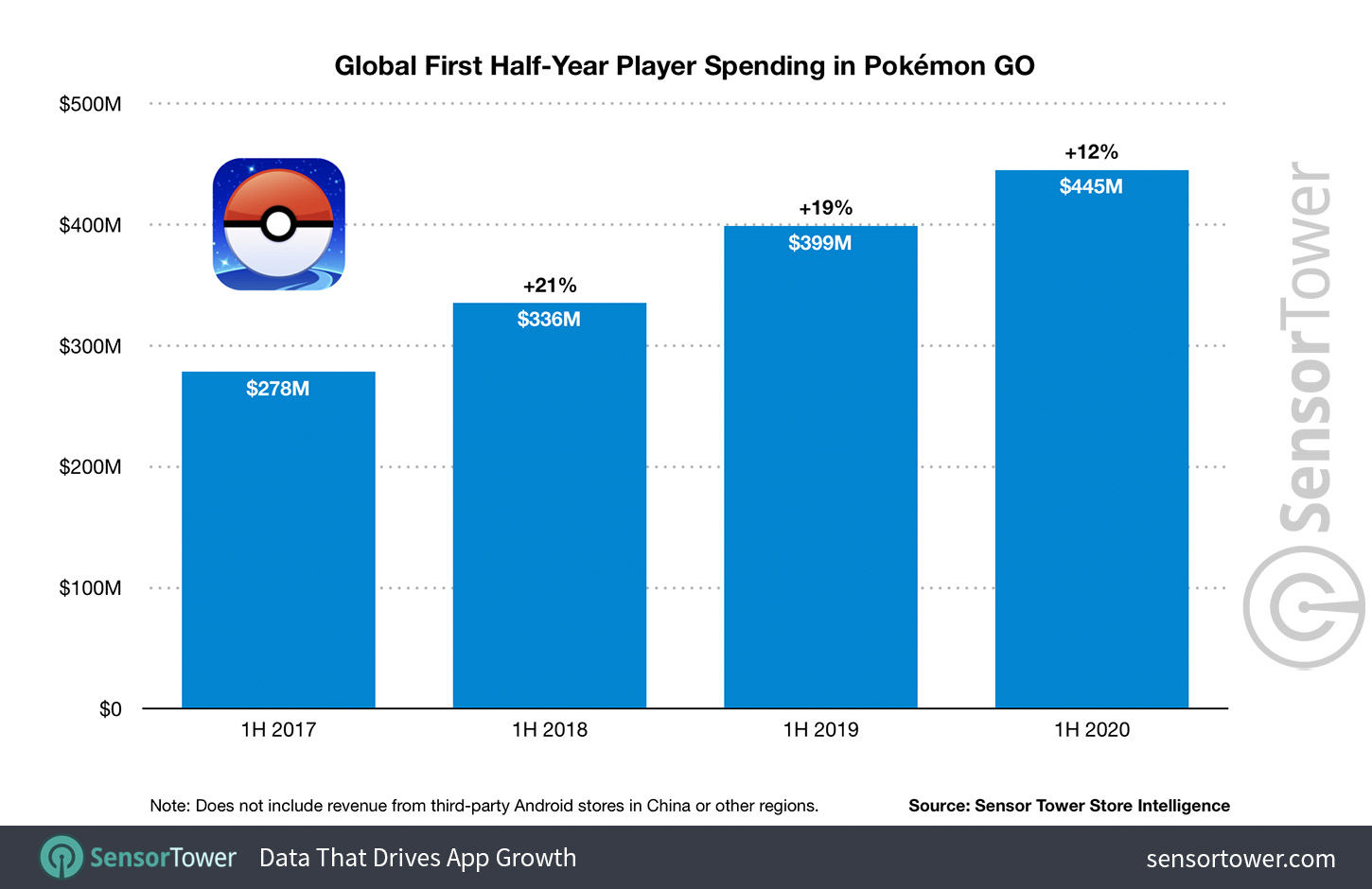 The United States has proven to be the most lucrative country for Pokémon GO, where it has generated close to $1.3 billion, or 35.4 percent of player spending. Japan ranks No. 2, meanwhile, and Germany rounds out the top three.

Google Play has picked up the majority of the game’s revenue, accounting for $1.9 billion, or 53.6 percent of player spending. The App Store, meanwhile, has generated close to $1.7 billion, or 46.4 percent total revenue.

To date, Pokémon GO has accumulated 576.7 million unique downloads worldwide. The U.S. makes up the majority of installs, with 105.2 million, or 18.2 percent. Brazil ranks No. 2 with close to 63 million downloads, while Mexico ranks No. 3 with more than 36 million installs, or 6.3 percent.

Google Play represents the largest share of downloads, accounting for more than 450 million downloads, or 78.3 percent. The App Store, meanwhile, accounts for 125.4 million installs, or 21.7 percent.

Evolving With The Times

In the first half of 2020, Pokémon GO has already generated $445.3 million, putting it on course to match or even exceed the record spending it saw in 2019. That’s despite the global COVID-19 pandemic and lockdowns, which led to Niantic implementing more stay-at-home functionality so consumers could continue playing despite not being able to leave the house. As many parts of the world come out of lockdown, Pokémon GO could see a surge in revenue, as it already has done in May and June. Far from being a fad, this blockbuster continues to build on its tremendous success.

Bitcoin in Cuba: A Local YouTube Influencer Explains How It Works

King CTO Steve Collins: “2020 was made that little bit more tolerable through the...