It can be difficult to get the latest news from China, given how locked off it can be for the rest of the world, but we’re making it a little bit easier with our weekly round-up of the biggest stories from the region.

We’re working with Junxue Li, CEO of Beijing-based 2D art firm Sunny Painter, to bring the most interesting news from China to you, so you can stay informed of what’s happening in one of the biggest markets in the world.

This week, we’re looking at Tencent’s Spark More conference, and the wonderful and bizarre case of the world’s biggest gaming firm apparently being tricked into giving millions of dollars worth of adverts to people posing as a chili sauce manufacturer…

Due to this year’s special situation, Tencent’s annual Spark More press conference was held online on June 27th. The event brought updates for more than 40 titles, and dozens of new games were unveiled. In this report, let us look into a few highlighted games.

The powerful engine adds beautifully rendered warriors, mountains, and cites to the game, and brings forth ever changing weather, which could eventually affect the interactive battles. For example, high winds could facilitate the application of fire attack tactics.

Loong has taken three years to develop the game, and it’s operated by Tencent. It was announced in the event that pre-registration opened the same day.

An open world game with a round globe

Mr Li also introduced another UE4 game, Noah’s Heart (诺亚之心). While other open world games often come with a square map, the environment of Noah’s Heart is a seamless round globe that you can travel round in one direction and eventually return to the same place.

Just like the Earth, the planet in Noah’s Heart has a myriad of geographic feature and its own ecosystem, where you can run alongside herds of wild animals while exploring the world.

And we got some updates of Tencent’s hit IP Unbounded Moonlight Blade (天涯明月刀) from the event. It’s an MMORPG set in a kung fu warrior world. The PC game had been live for five years, and the mobile title will be launched in this year.

In this year, the franchise will be enriched in three aspects: first, Chinese traditional costumes and embroideries will be more vividly presented, thanks to the upgraded engine; Secondly, the production team will work with Beijing Dance Academy to incorporate traditional dancing into the game; Lastly, players can enjoy new sets of traditional Chinese architectures added to their private lot.

A mobile title in the Metal Slug franchise was unveiled with a temporary subtitle Code J. It was developed by Tencent’s Timi studio group. The team had intensively studied original concept art from SNK, and brought back classic side-scrolling levels in full 3D graphics.

During the introduction of the game, SNK’s head of game development Oda Yasuyuki sent his regards. He said that his team feels honored to work with top studio in China to forge a new title for Metal Slug.

Street Fighter producer Ono Yoshinori was transformed into a 3D avatar, bringing us Street Fighter: Duel, an action card game. The game is a collaboration of Capcom, Tencent and TOPJOY. While retaining the classic scenes and memorable characters, the game has blended its action essence with card gameplay. It’s the first ever mobile title of the franchise to land in China.

The open testing and launch date are to be decided, and Mr Ono told players that pre-registration is open now.

Dynasty Warriors (真三国无双) is a series of hack-and-slash action video games created by Omega Force and Koei. The franchise has been deeply loved by Chinese gamers ever since China’s console ban period for it’s Three Kingdoms setting, and the joy of slashing down foes like grass. Now Tencent will bring a new mobile installment of this series to China.

At the end of the conference, Tencent revealed a short console game technical demo from its Lightspeed & Quantum Studios. It showed the direction of Tencent’s next move, and its current technical level.

This week, one of the big talking points in China is Tencent’s role in a fraud case.

Laoganma Chili Sauce (老干妈油辣椒) is a household name in China. In March 2019, Laoganma signed a promotional agreement with Tencent, and per the agreement, Tencent had put promotional contents into its hot game QQ Speed and launched waves of Laoganma themed campaigns.

Laoganma has reportedly never paid the contracted compensation. Tencent filed a lawsuit against Laoganma this April, requesting the court to first freeze Laoganma’s fund of 16 million Yuan (the stipulated compensation) and the court acted to Tencent’s favor. The litigation will be in court on July 17th.

However, upon getting the notification in June, Laoganma issued a statement that it had never signed any agreements with Tencent, and called the police in Guizhou, its residence province.

On July 1st, there was a dramatic turn of events. The Guizhou police claimed to have caught three imposters, who had faked Laoganma’s company papers and stamp to sign the said agreement with Tencent. And according to the police, their motive was to get the coupon codes in QQ Speed and sell them for a profit.

Now Tencent has accepted that it had been tricked, and made reluctant apologies to Laoganma through many portals.

While there’re many points of doubt – for example, the coupons for QQ Speed weren’t worth much money – needless to say the fact is much more complicated. However some points are certain: Laoganma has got two rounds of free promotion, and Tencent has lost a lot of money. 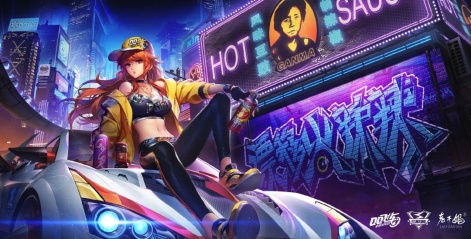 On June 30, leading live-streaming provider Huya started the maiden testing of its cloud gaming platform YOWA. This time, for Android version, there are 49 main stream titles including Arena of Valor and Game for Peace, and there are 18 games available in the PC version, including League of Legends and PUBG.

It’s a limited testing, and players have to wait 10~30 mins to get into the games. According to GameLook, the average delay in games is 70 ms – acceptable for arena games. 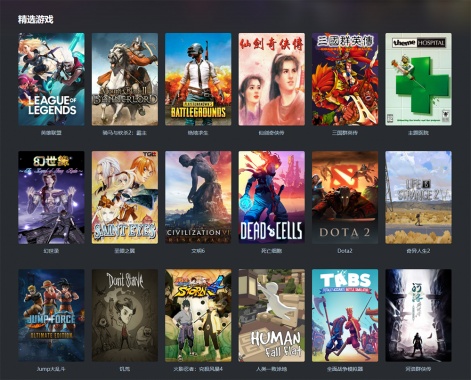 1,470 games were removed from Chines App Store on July 1st

On July 1st, in one single day, 4.797 Apps were removed from the Chinese App Store, including 1,470 games. In comparison, during last week (June 24~30), 100~300 games were removed each day. The phenomenal increase seems to suggest Apple’s new license policy is at work.

However, according to historical data, on June 11th, 1,357 games were removed. We need to further follow up the matter to get a conclusion.

Inside the Craze for Filecoin Crypto Mining in China

Special thank you to the sponsors for next week’s Pocket Gamer Connects Helsinki Digital...