I have been eyeing the OneLink Safe and Sound for a few months now, and I decided to pull the trigger a few weeks ago and see what it’s like in day to day use. My house is seven years old, so I’ll be looking to replace all of the smoke detectors in the next few years, so if I wanted to go for a smart home route, I wanted to have time to spread out the purchases.

HomeKit Weekly is a series focused on smart home accessories, automation tips and tricks, and everything to do with Apple’s smart home framework.

With that being said, let’s dig into the Onelink Safe and Sound. Why would you want a HomeKit enabled smoke detector? Well, like anything with HomeKit, it’s about the automations you can create. While the Onelink Safe and Sound will make an audible sound if it detects fire or carbon monoxide, it’ll also sound the other smoke detectors in your home. In the Home app, you’ll also be able to set up automation to turn on all your lights if smoke is detected, play your HomePod, etc. I find a lot of value that the OneLink Safe & Sound is hardwired into my electrical system, so I don’t have to worry about replacing batteries every few months.

Just being HomeKit compatible wouldn’t make this product worth the money, though. If you just wanted a HomeKit compatible smoke detector, you’d be better off to purchase a lower-priced product. What makes the OneLink Safe and Sound unique is that it has a built-in speaker that recently received a firmware update to make it compatible with AirPlay 2. You might be wondering why I would spend $150+ on an AirPlay 2 speaker when you can often find a deal on a HomePod for around $200? From a purely sound comparison, the HomePod is a much better sounding speaker, but the OneLink Safe & Sound is no slouch. I would rate it slightly better than an Echo Dot in terms of overall sound quality. Where it’s beneficial is being about to install it in places where a HomePod would not work.

Because it’s powered by your existing smoke detector wiring, you can place in hallways to provide whole-house audio. I’ve enjoyed having the speaker in our bedroom. It would be overkill to add the current HomePod to my bedroom, but the OneLink Safe and Sound is perfect for it. When I am home alone, I’ll use the Apple Music app to stream music to my HomePod and the OneLink across the entire main level of my house. I especially enjoy the bedroom speaker while I am putting laundry away. 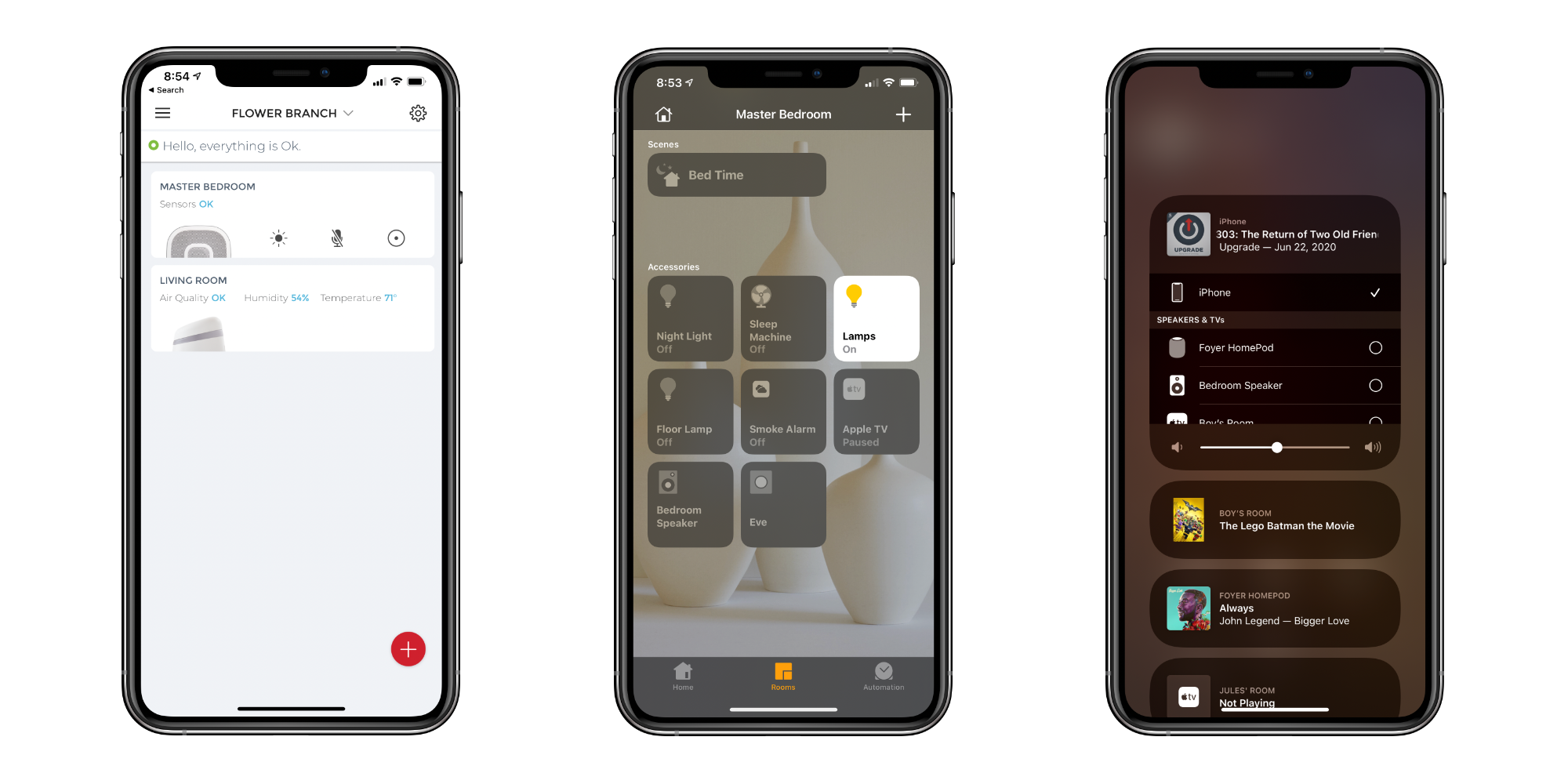 The setup experience is as straight forward as any other HomeKit product. I removed my existing smoke detector and its plate and then installed the OneLink plate in the same wiring plate. I then plugged up the OneLink Safe & Sound, used the OneLink app to register it, and then I was able to add it to the Home app. One of the key reasons you’ll want to use the app is to install firmware updates. My smoke detector didn’t include AirPlay 2 support out of the box, so I used the app to update the firmware to add AirPlay 2 support.

iOS 14 Will Completely Change the Way You Use Your iPhone

Apple invites you to ‘Make movies like the movies’ with iPhone 12 Pro and...