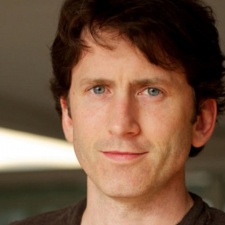 That’s according to Variety, which reports that Jonathan Nolan and Lisa Joy – the creative leads on HBO’s Westworld – are helming the venture, which will be coming to Amazon if execs are happy with the script.

“Fallout is one of the greatest game series of all time. Each chapter of this insanely imaginative story has cost us countless hours we could have spent with family and friends,” Nolan and Joy said in a statement.

“So we’re incredibly excited to partner with Todd Howard and the rest of the brilliant lunatics at Bethesda to bring this massive, subversive, and darkly funny universe to life with Amazon Studios.”

Bethesda’s Todd Howard (pictured) added: “Over the last decade, we looked at many ways to bring Fallout to the screen. But it was clear from the moment I first spoke with Jonah and Lisa a few years ago, that they and the team at Kilter were the ones to do it right. We’re enormous fans of their work and couldn’t be more excited to work with them and Amazon Studios.”

It’s somewhat ironic of Bethesda to be working with the creative team behind Westworld, given that the publisher sued Warner Bros in 2018 over its Westworld game which it claimed to be a “blatant rip-off” of Fallout Shelter.

An Indigenous Group in the Amazon Has Experienced a Drop in Body Temperature Since...

As remote work booms, Everphone grabs ~$40M for its ‘device as a service’ offer