Tech News Extra
Home Uncategorized Will China be able to make a long-term success of its short-term...

A recent report from Newzoo says they believe an estimated $159.3bn will be spent on games this year, representing a growth rate of 9.3%.

The report outlines that all game segments saw an increase in engagement and revenues ‘as a result of COVID-19 measures’.

Little wonder; with so many countries locked down for months, those in quarantine have naturally turned to video games to pass the time.

Nearly half of that revenue across PC, console and mobile will come from China and the U.S., but which games in China have specifically helped contribute to that astonishing revenue growth?

Tencent’s PUBG Mobile (known in China as Game For Peace) has been huge in China over the last few months.

More than half (53%) of PUBG Mobile’s revenues came from the Chinese market last month, while the second largest portion coming from the U.S. (10.2%). 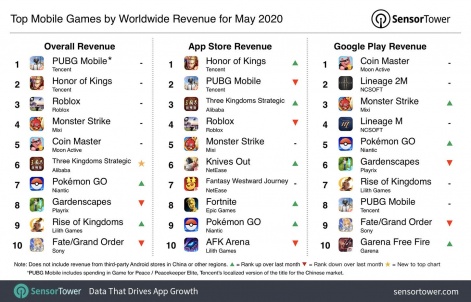 Tencent’s Honor of Kings is also a huge earner internationally, again seeing YOY growth of 42% in May 2020, and earning approximately $204.5 million last month. 95% of Honor of King’s revenue comes from China.

Part of the success of PUBG Mobile is attributed to recent updates on the game’s Erangel map which includes a graphics overhaul, Ultra-HD option and a new route planner available to players before they enter the arena.

At the same time, PUBG Mobile’s figures for April 2020 also represent its best month ever in terms of overseas revenue.

The game generated $92.8 million in April from overseas markets, as populations from beyond China’s borders who were just entering lockdown, invested both time and money into the title.

May’s figures show the incredible spending power within the Chinese gaming market, and how Battle Royale games especially have been a favourite for mobile gamers across the world stuck in quarantine.

The question for Tencent, though, and other local game developers and publishers who have seen a spike in interest and revenue thanks to the pandemic, is will these trends last? 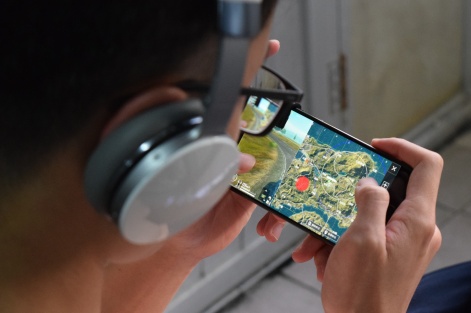 They’ll be hoping so; those figures are a dream for Chinese developers and publishers looking at long-term global growth. The good news for them is that these growth trends look set to continue – in the short-term, at least…

The world is still in the throes of Covid-19, for one, and many global countries are still officially in lockdown, with many only tentatively easing their restrictions for fear of a second wave.

With many schools across Europe not opening again until September and with summer holidays near, too, there is still enormous scope for overseas players with time on their hands to continue discovering the best Chinese Battle Royale games out there.

Some experts in China also believe that social changes and increasing time spent gaming over the previous months will herald a long-term change.

May saw the China Conference hosted by the South China Morning Post, with speaker Yat Siu of Animoca Brands and Outblaze suggesting that games could offer a new social space across the country.

“It’s really about building communities,” Siu said at a panel discussion. “One thing that is definitely different between this and other pandemics on a global scale, is the length this pandemic has been going on, which means that the ability to create these habits and patterns is much greater.”

Battle Royale games have their own communities; could developers work on improving interaction within lobbies and other areas to keep those new players in the long-term?

It may be something publishers like Tencent will have to consider soon, as analysts suggest that, despite the boom, they may take hits across some revenue streams in the longer-term.

One of the streams that could be affected sooner rather than later is advertising revenue. According to eMarketer, total ad spend in China will total approximately $114 billion in 2020 – YOY growth of 8.4%.

Though an impressive figure, it’s the slowest rise since the firm started tracking Chinese advertising spend in 2011. Media advertising spend has decreased in China thanks to Covid-19; a trend that’s also been seen worldwide.

Tencent’s overall growth rate of 16% for its ad segment in Q1 would be slower than Q4 2019’s 19%. A wider advertising slump across the country due to the pandemic could hit game companies hard in the long-term.

Reinventing in-game monetisation may be the long-term cure

A drop in advertising revenue combined with casual gamers losing interest as societies get back to some form of post-Coronavirus normality would be a tough bust after such a glorious boom.

Include a potential recession, too, and the ingredients are there for a full-blown crisis.

Now may be the perfect time for developers and publishers in China to overhaul the way they monetise their titles to steady the ship and improve their long-term growth prospects.

A record was set for in-app purchases (IAP) in China during Q1 2020 according to Niko Partners, and that revenues for games across all platforms was approximately 30% higher than in Q1 2019. 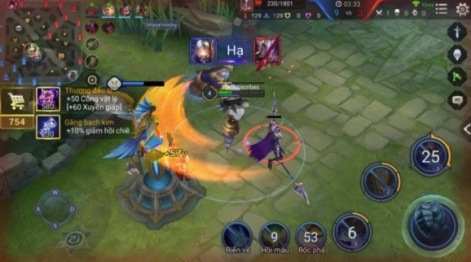 82% of those surveyed by Niko Partners also said they spent more money on gaming, with more money spent on weekends when developers were pushing sales and other promotions such as Lunar New Year offers.

The appetite in China is clearly there to spend money in China on IAPs; companies just need to find the best combinations in-game to encourage those users to spend.

Take China’s free-to-play market, for example. Some experts believe that Covid-19 has helped gamers find a new level of maturity when it comes to how they spend their cash.

iDreamSky’s Jeff Lyndon recently said at the GamesBeat Summit 2020: “Unlike what I’ve seen in the past, where Chinese gamers were known to spend mindlessly, and they’d consume everything in the game, Chinese gamers are starting to look into their return on investment.”

Chinese developers and publishers could find salvation in overseas markets

Whisper it, but all of these factors and others may contribute to Chinese developers and publishers looking to overseas markets to diversify their revenue streams long-term.

Apple’s App Store outside China could also be explored further. China’s App Store lags far behind its Android rivals and is subject to restrictions.

Sensor Tower, though, points out that China’s version of PUBG Mobile brought in $614 million on iOS alone within seven months of the game’s launch. Imagine what international App Store revenues could bring China’s publishers and developers.

There’s a semblance of precedent here. Tencent has been working to expand its overseas presence in Japan since 2014, when it purchased a stake in Japanese developer Aiming.

It’s also since invested in Platinum Games and other developers to slowly grow its influence outside of Japan and diversify its income. Tencent has also invested beyond gaming, putting $320 million in Bilibili to associate the brand more with Japanese pop culture.

Could other Chinese publishers and developers embrace that strategy to diversify revenue away from the Chinese market, not just in the games it produces but by investing in other studios?

We’ll have to wait and see. There’s little doubt though that developers and publishers will have to get a little bit more strategic over the coming months to generate more income from other streams, whether at home or from markets abroad.

Want to find out more about the Chinese video game market? Are you a publisher or developer looking to get a foothold in China, but need help in doing so? Contact Nativex today to find out how we can help!

Ilya Gitlin is Nativex Europe’s Head of Sales and is an industry veteran with over 10 years experience in the mobile gaming sector. Ilya’s focus is on helping mobile game developers maximize their revenues in the APAC market an his strong industry knowledge has been crucial to the expansion of Nativex in the EMEA region.

New Map of the Universe Fills in Some ‘Troublesome’ Gaps