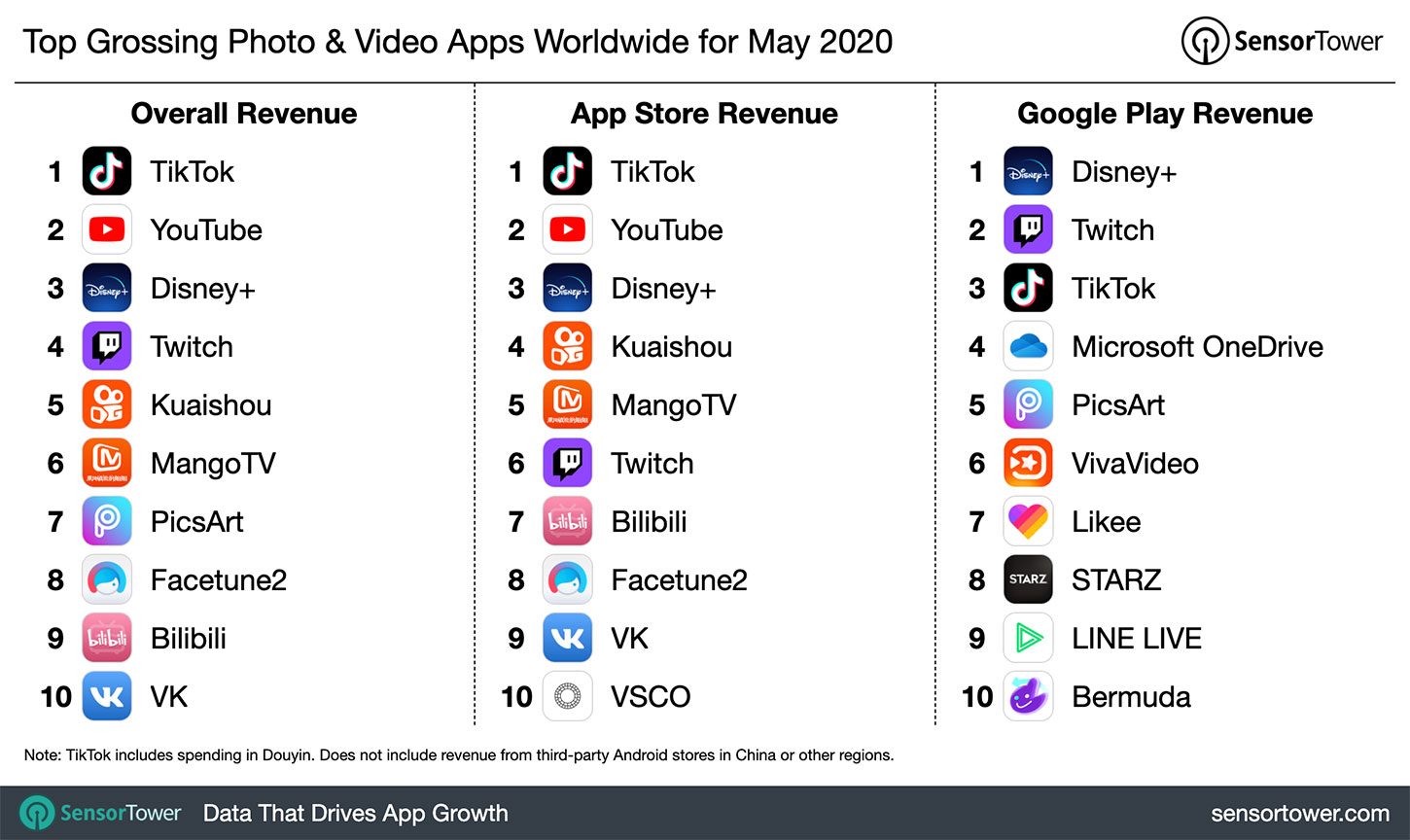 The top grossing Photo & Video category app worldwide for May 2020 was TikTok with more than $95.6 million in user spending, 10.6 times its revenue in May 2019. Approximately 89 percent of TikTok’s revenue was from China, where it is known as Douyin, followed by 6.2 percent from the United States and 1.2 percent from Turkey. The full ranking of the top grossing Photo & Video category apps for May 2020 is above. App revenue estimates are from Sensor Tower’s Store Intelligence platform.

YouTube was the second highest earning Photo & Video category app worldwide for May 2020 with more than $78.3 million in gross revenue, which represented 77.2 percent year-over-year growth from May 2019. About 55.7 percent of YouTube’s revenue was from the U.S., followed by 11.8 percent from Japan. The next top grossing app was Disney+, followed by Twitch and Kuaishou.

What Future Are We Building for Bitcoin?

Rick Perry says the U.S. leads on producing energy and reducing emissions. Is he...