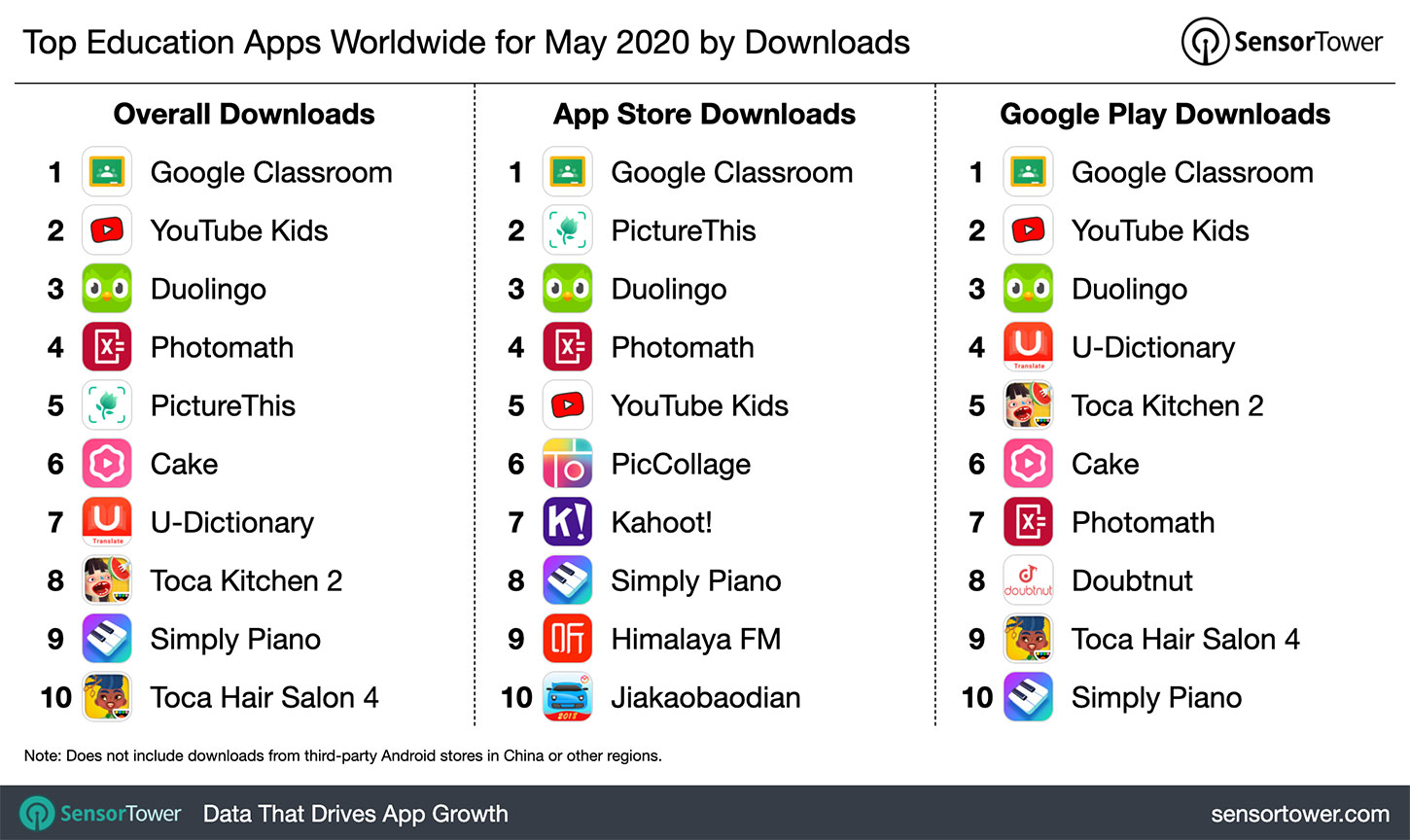 Google Classroom was the most downloaded Education category app worldwide for May 2020 with more than 17 million installs, a 12.6x year-over-year increase from May 2019. The countries with the most installs of the app during this period were Brazil at 15.2 percent of its total downloads and India at about 13 percent. The full top 10 ranking of Education category apps worldwide by downloads for May 2020 is above. App download estimates are from Sensor Tower’s Store Intelligence platform.

YouTube Kids was the second most installed Education category app worldwide last month with close to 9 million installs, a 2.7x increase from May 2019. The countries with the largest number of YouTube Kids installs were India at 15 percent, followed by Brazil at 11.7 percent. Duolingo, Photomath, and PictureThis rounded out the top five most installed Education category apps worldwide for the month.

Want to see how the rankings compared to the previous month? Check out the Top Education Apps Worldwide for April 2020 by Downloads here.

Store Intelligence users can see app download estimates for the above apps in addition to historical performance metrics on the Sensor Tower platform. Our estimates include downloads for the App Store and Google Play worldwide between May 1, 2019 and May 30, 2020. Apple apps and Google pre-installed apps are excluded. We report unique installs only. Android estimates do not include third-party stores. Figures represent aggregate installs of all app versions, ex: Facebook and Facebook Lite.

Did the NYPD Try to Scrub References to Police Brutality From Its Wikipedia Page?

‘OPUS: Echo of Starsong’ Is a Brand New ‘OPUS’ Game in Development at Sigono

Google Will Let Employees Work From Home Through Summer 2021