Tech News Extra
Home AI What If We Made A Robot That Could Drive Autonomously? 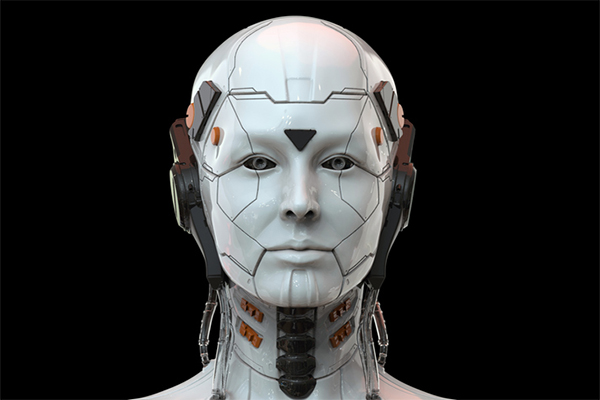 Having a familiar robot in the driver’s seat is an upside of robot drivers, but Lance Eliot sees the downsides as outweighing the upsides. (GETTY IMAGES)

There must be a better way, some lament.

It is taking too long, some say, and we need to try a different alternative.

What are those comments referring to?

They are referring to the efforts underway for the development of AI-based self-driving driverless autonomous cars.

There are currently billions upon billions of dollars being expended towards trying to design, develop, build, and field a true self-driving car.

For true self-driving cars, the AI drives the car entirely on its own without any human assistance during the driving task. These driverless cars are considered a Level 4 and Level 5, while a car that requires a human driver to co-share the driving effort is usually considered Level 2 and Level 3.

There is not as yet a true self-driving car at Level 5, which we don’t yet even know if this will be possible to achieve, and nor how long it will take to get there.

Meanwhile, the Level 4 efforts are gradually trying to get some traction by undergoing very narrow and selective public roadway trials, though there is controversy over whether this testing should be allowed per se (we are all life-or-death guinea pigs in an experiment taking place on our highways and byways, some point out).

So far, thousands of automotive engineers and AI developers have been toiling away at trying to invent a true self-driving car.

Earlier claims that progress would be fast and sweet have shown to be over-hyped and unattainable.

If you consider this to be a vexing problem, and if you have a smarmy person that you know, they might ponder the matter and offer a seemingly out-of-the-box proposition.

Here’s the bold idea: Rather than trying to build a self-driving car, why not instead just make a robot that can drive?

Well, by gosh, why didn’t somebody think of that already, you might be wondering.

The answer is that it has been considered, and indeed there are some efforts trying to construct such a robot, but overall the belief is that we’ll be more likely to sooner achieve self-driving cars via building driverless cars rather than trying to craft robots that can do the driving for us.

For my framework explaining the nature of AI autonomous cars, see the link here: https://aitrends.com/ai-insider/framework-ai-self-driving-driverless-cars-big-picture/

For my indication about how achieving self-driving cars is akin to a moonshot, see this link: https://aitrends.com/ai-insider/self-driving-car-mother-ai-projects-moonshot/

It is useful to consider a Linear Non-Threshold (LNT) model in the case of autonomous cars, see this link: https://www.aitrends.com/ai-insider/linear-no-threshold-lnt-and-the-lives-saved-lost-debate-of-ai-self-driving-cars/

A grand convergence of technologies is enabling the possibility of true self-driving cars, see my explanation: https://aitrends.com/ai-insider/grand-convergence-explains-rise-self-driving-cars/

Many Benefits Of A Driving Robot

Imagine if we had robots, the walking and talking type, and they could drive a car.

These are some of the benefits we’d derive:

I’ve listed some of the handy advantages of pursuing a robot driver.

There are more aspects that arise as benefits, but let’s not ignore the other side of the coin, namely the potential disadvantages or drawbacks.

No free lunch when it comes to the robot driver idea.

A robot driver is not necessarily a cure-all.

Those are just some of the issues that ensue when you consider the robot driver approach.

For my warnings about cyber-security and hacking of AI, see this link here: https://aitrends.com/ai-insider/ai-deep-learning-backdoor-security-holes-self-driving-cars-detection-prevention/

For more about safety and autonomous cars, see my coverage here: https://www.aitrends.com/ai-insider/chief-safety-officers-needed-in-ai-the-case-of-ai-self-driving-cars/

For my comments about how software neglect is going to raise risks of AI autonomous cars, see this link: https://aitrends.com/ai-insider/software-neglect-will-impede-ai-self-driving-cars/

For an indication about bifurcating the levels of self-driving, see my indication here: https://aitrends.com/ai-insider/reframing-ai-levels-for-self-driving-cars-bifurcation-of-autonomy/

I’m not saying that we’ll never have robot drivers.

There are some companies working on them today, along with research taking place in universities and labs.

Yet, one supposes that if we do achieve true self-driving cars, there might not be much of a need or value in having robot drivers, in which case we’ll likely see robots that do other things but aren’t particularly versed at driving.

Of course, as mentioned earlier, robot drivers might take up the slack of being able to drive conventional cars, until eventually and presumably all conventional cars are weaned out of the stock of cars and self-driving cars become the nature of all cars.

You could also portray this as a moonshot-like race between the self-driving car makers and the robot driver makers.

If you could perfect robot drivers sooner than the perfection of self-driving cars, it would obviously put robot drivers into, well, the driver’s seat.

Suppose too that true self-driving cars turned out to be impossible or infeasible, maybe the robot driver would provide an alternative that could be feasible.

Which then are you cheering for, the advent of self-driving cars or the emergence of robot drivers?

You might as well tell your smarmy friend that the notion of robot drivers is already underway, thus if the friend is irritatingly smarmy it’s time to come up with another idea for solving the autonomous car problem.

Good luck with that. 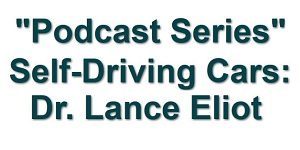 Near-Miss Encounters Are A Troubling Dilemma For AI Autonomous Cars

The Tragedy of Herman Cain – The Atlantic

Asteroid Apophis Could One Day Hit Earth. Here’s How We Could Get to It...