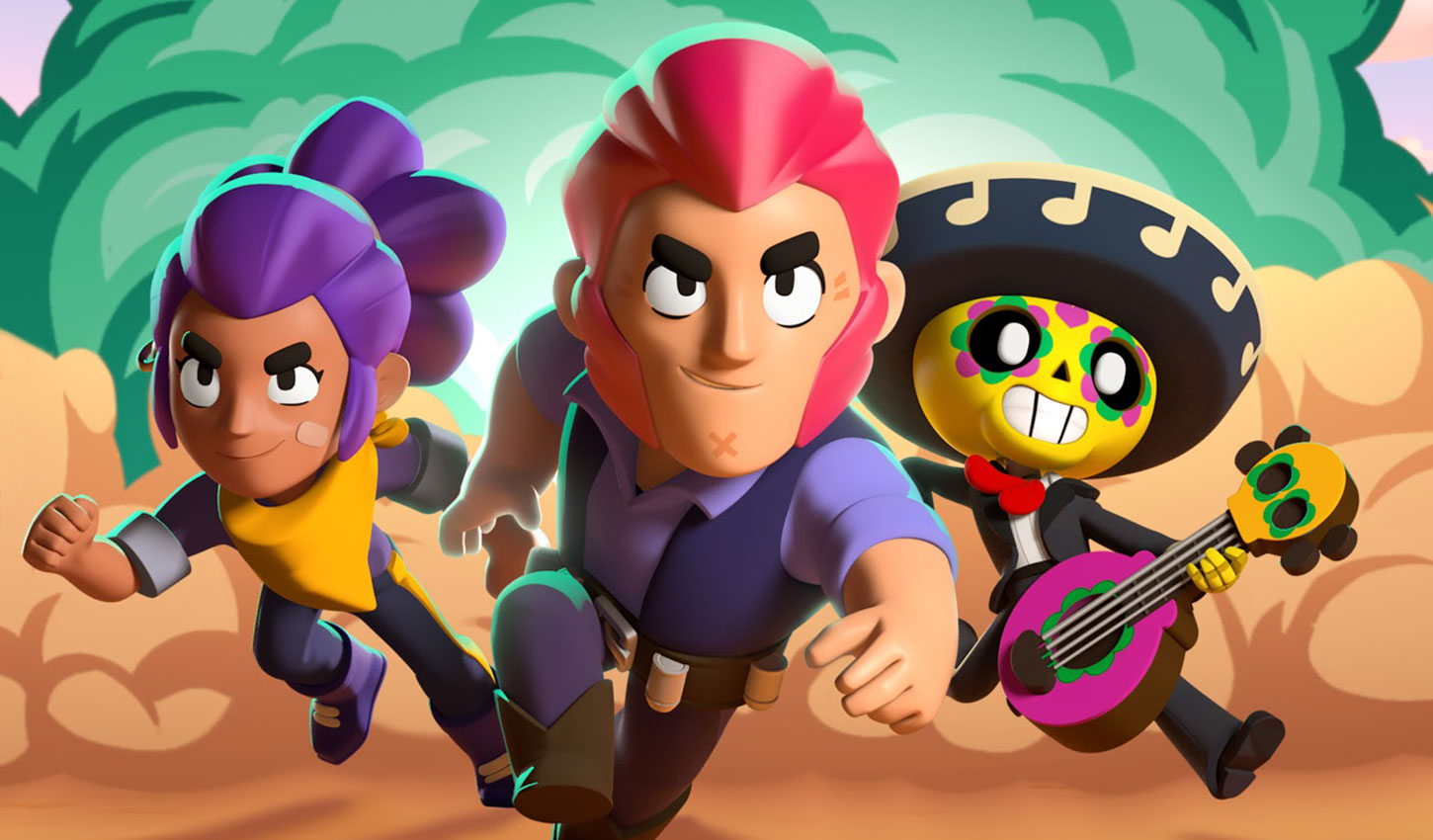 Brawl Stars from Supercell has made a splash in China after generating $17.5 million and accumulating 4.8 million downloads in the week following its launch there on June 9, Sensor Tower Store Intelligence estimates show.

During this period, Brawl Stars generated an estimated $28.8 million in gross revenue globally, with China accounting for 60.7 percent of all player spending. Meanwhile, the game racked up 6.7 million downloads worldwide, with China representing 71 percent of all new installs.

Player spending during Brawl Stars’ first week in China compares favorably to the title’s global launch back in December 2018. In the first seven days of its worldwide release outside China, the game grossed $11 million while picking up 15.5 million downloads.

Brawl Stars generated more revenue during its first seven days in China than the last Supercell hit to be released there, Clash Royale, which grossed $9.4 million in its launch week on the country’s App Store, where it also picked up 4.1 million downloads. Clash Royale has gone on to generate $203.5 million in player spending and 25.2 million downloads to date on iOS in China. 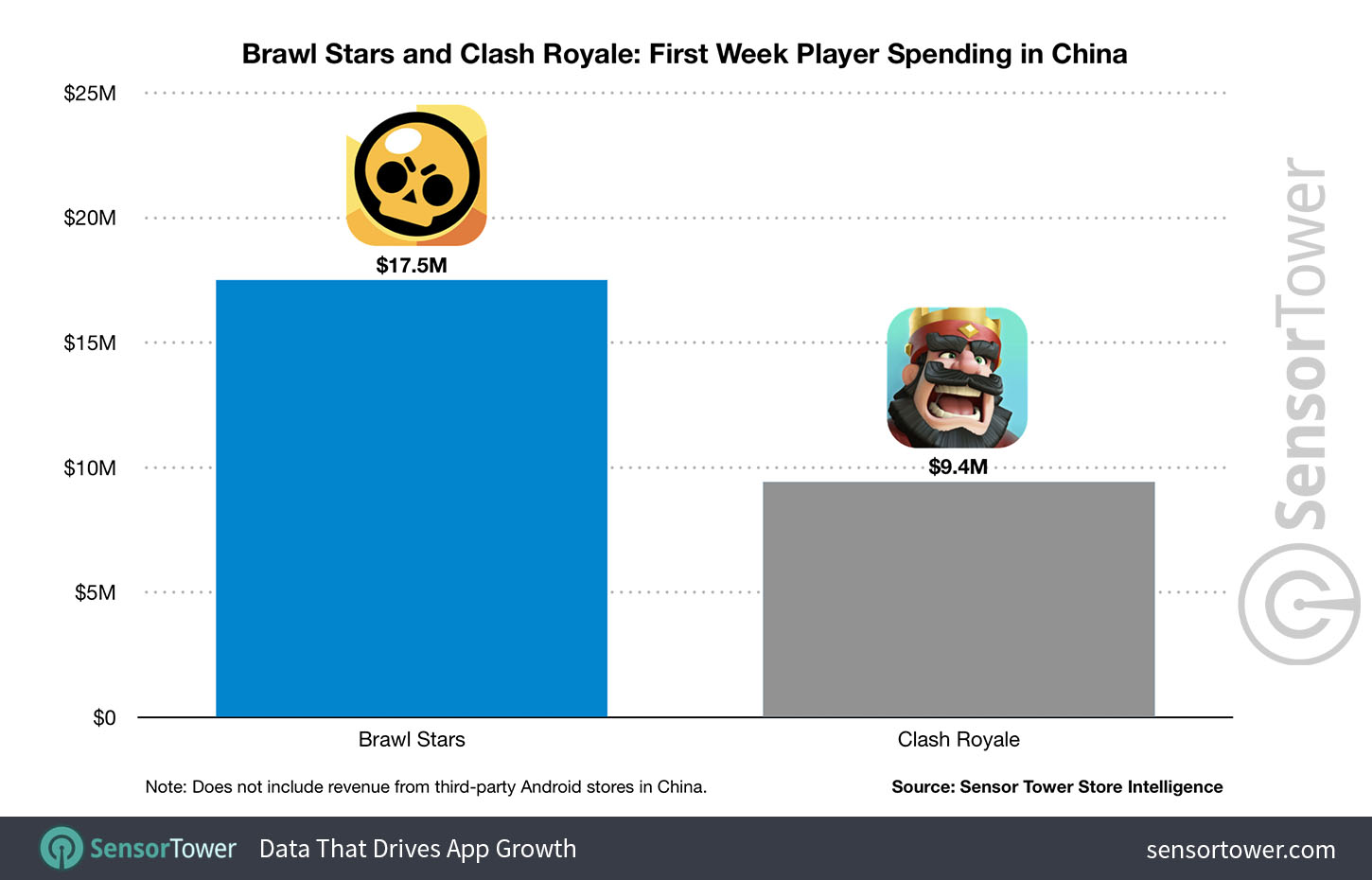 During its lifetime, Brawl Stars has accumulated $675.4 million in player spending globally and picked up 204.3 million downloads.

South Korea has proven to be Brawl Stars’ most lucrative market to date, with the title picking up $120.4 million in the country to date, or 17.8 percent of all-time revenue. The United States ranks second with $101.5 million, or 15 percent, while Germany rounds out the top three grossing countries with $65.5 million, or 9.7 percent.

The majority of the game’s revenue has come from Google Play, where it has accrued $364.5 million, or 54 percent of all player spending. On the App Store, meanwhile, Brawl Stars has generated $311 million, or 46 percent of revenue.

Google Play has picked up the lion’s share of downloads, generating 153 million installs, or 75 percent of the total. The App Store, meanwhile, has accumulated 51.3 million downloads, or 25 percent.

Shooting for the Stars

Brawl Stars is off to a strong start in China, with Supercell no doubt hopeful the title can go on to achieve success similar to that of Clash Royale, which has generated $203.5 million in the country to date. Asia has already proven to be a lucrative market for Brawl Stars, with South Korea having become its top grossing country. If it can crack China’s App Store, the title will get a major push on its way to become yet another billion dollar hit for the famous Finnish developer.

Teal, with $5 million in funding, looks to help people land a job