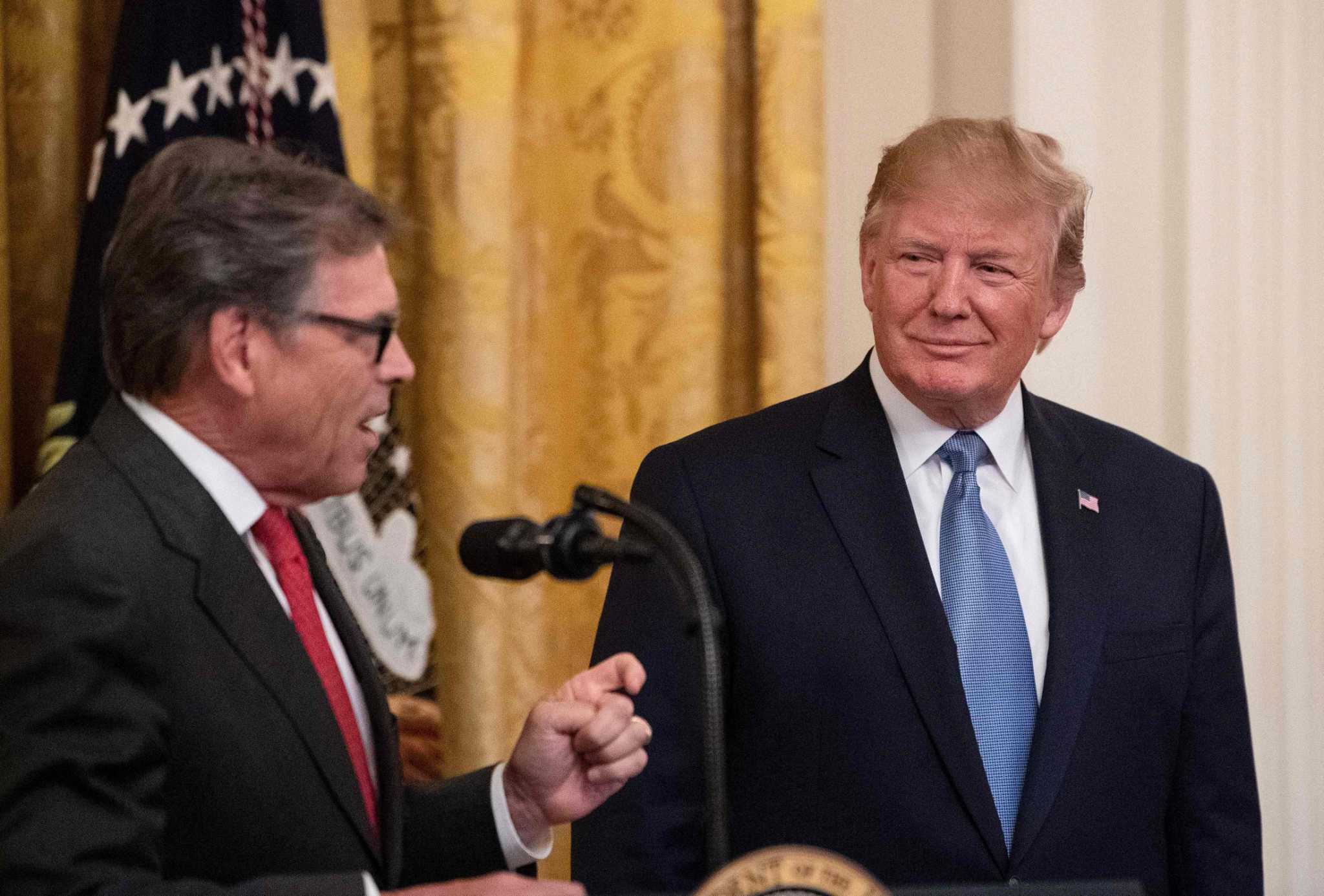 WASHINGTON — House Democrats want the Senate to haul Rick Perry back from Texas for President Donald Trump’s impeachment trial, or at least force him to turn over documents he’s so far refused to share.

The former Texas governor, who served as Trump’s secretary of energy until last month, has emerged as a key figure in the Ukraine scandal at the center of the impeachment effort. Perry was one of the so-called “three amigos” who Trump put in charge of dealing with Ukraine, witnesses — including U.S. Ambassador Gordon Sondland, another of the “amigos” — told the House.

Now Perry’s a target in Democrats’ efforts to get the Senate to subpoena fresh documents and call in witnesses for Trump’s impeachment trial, which is underway.

“What about the third amigo?” U.S. Rep. Adam Schiff, chairman of the House Intelligence Committee that oversaw the impeachment inquiry, said on the Senate floor during the first full day of the trial. “We know from amigo Sondland’s testimony that he was certainly in the loop, knew all about this scheme.”

As much as Perry has tried to stay out of the scandal, denying all wrongdoing and saying the American people won’t “buy into” impeachment, he has remained a central figure.

It can’t be the ending Perry envisioned for his long, strange trip with Trump, a former political opponent he trashed as unfit for office in 2015. Then Perry joined Trump’s cabinet to lead an agency he had proposed to eliminate if he won the presidency — the same agency that prompted his famous “oops” moment during a 2011 presidential debate when he could not recall the Energy Department as he ticked off his list of three unnecessary bureaucracies.

But Perry served longer than many of his fellow cabinet members, avoiding the missteps and controversy that plagued others. He was eyeing a clear exit just months ago. Now he’s found himself entangled in the Ukraine scandal, with a role in only the third impeachment trial in the nation’s history.

Like other administration officials, Perry refused to comply with subpoenas during the impeachment inquiry, part of the reason Democrats impeached Trump for obstructing Congress.

Republicans in the Senate so far aren’t playing ball. They shot down multiple attempts on Tuesday to amend the trial rules to call in witnesses and subpoena documents. Republican senators, including Texans Ted Cruz and John Cornyn, say Democrats should have gathered that evidence during the House inquiry.

“Don’t be fooled by Democrats’ last-minute fishing attempt to bring in yet more witnesses into the Senate,” Cruz said. “Democrats had months of one-sided partisan hearings in the House, and they explicitly chose to withdraw their subpoena when a witness challenged it in court. The Senate will determine whether or not we need to hear more witnesses from both sides after we have heard opening arguments from both sides — the very same approach that received unanimous bipartisan support from the Senate during the Clinton impeachment trial.”

Lev Parnas, the indicted former associate of Trump’s personal attorney, Rudy Giuliani, last week said in an MSNBC interview that Perry was sent to the Ukrainian president’s inauguration last year in place of Vice President Mike Pence to deliver the message that the new president needed to publicly announce an investigation into Joe Biden.

Sondland, meanwhile, testified during the House inquiry that Perry and others in the administration knew about the “quid pro quo” at the heart of the Ukraine scandal. He told the House Intelligence Committee that the president directed them to work with Giuliani on the matter. And he testified that there were email threads about the scheme that included Perry.

Those emails were never turned over, however, and Democrats now want the Senate to subpoena them.

“The Senate has an opportunity to take the president up on his offer to make his senior aides available, including Mr. Mulvaney and secretaries Perry and Pompeo,” Schiff said. “But now the president is changing his tune. The bluster of wanting these witnesses to testify is over.

“Don’t you think the American people have a right to know what the third amigo knew about this scheme?” Schiff said.

PUBG Mobile shoots through the most revenue in August 2020

So What Does Trump Have Against TikTok?