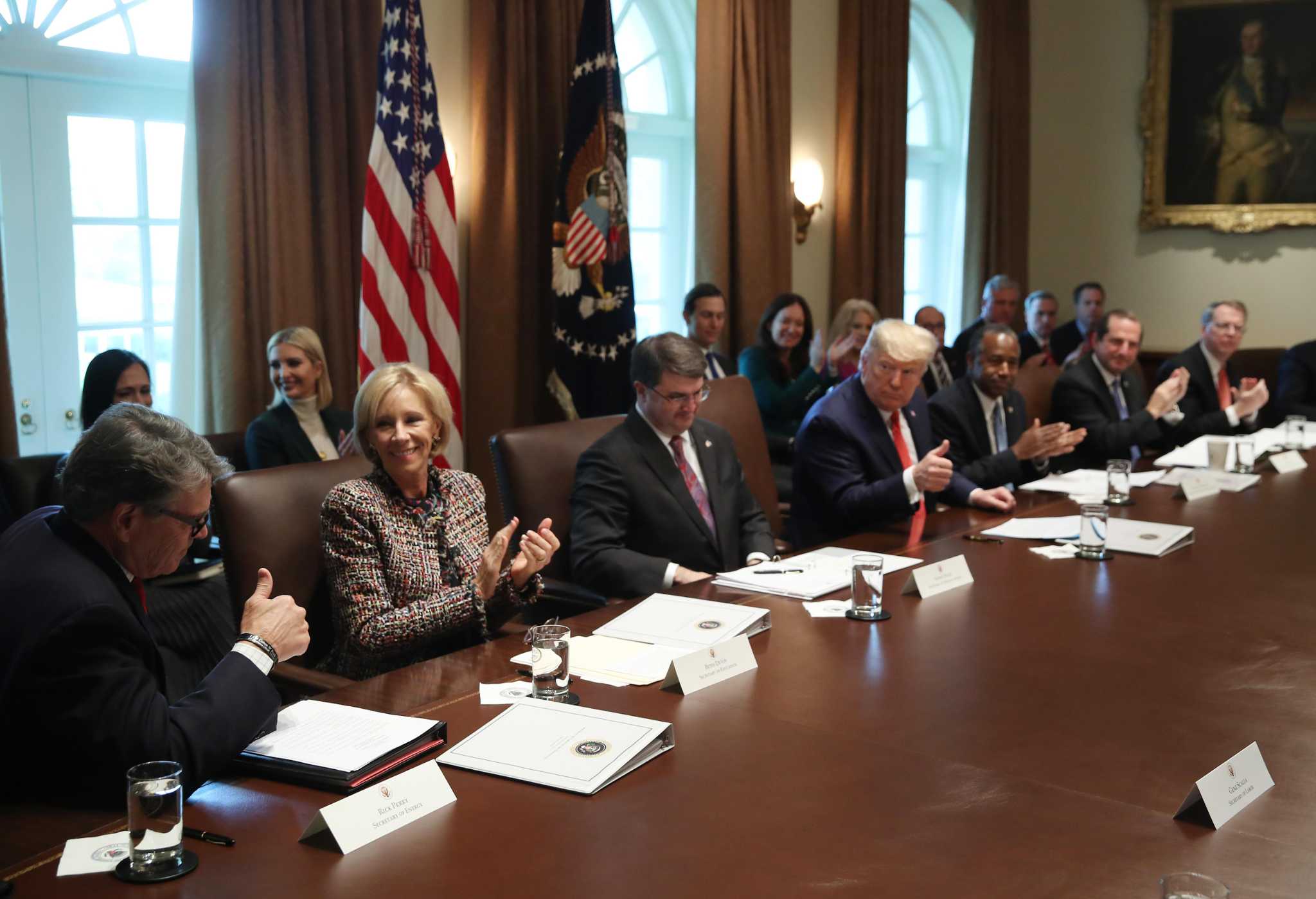 WASHINGTON — An ambassador testified on Wednesday that there was a “quid pro quo” at the heart of the Ukraine scandal that has President Donald Trump on the brink of impeachment — and that Energy Secretary and former Texas Gov. Rick Perry and others in the administration knew about it and took part in it at the behest of the president.

“I know that members of this committee have frequently framed these complicated issues in the form of a simple question: Was there a ‘quid pro quo?’” U.S. Ambassador Gordon Sondland said in sworn testimony. “With regard to the requested White House call and White House meeting, the answer is yes.”

The president directed Sondland, Perry and others to work with Rudy Giuliani, his personal attorney, on the matter, Sondland testified.

As the impeachment inquiry presses on, Perry’s name continues to surface during hearings, placing him at the center of key discussions, even as he has so far refused to testify or to turn over documents subpoenaed by House Democrats.

The inquiry centers on Trump’s attempts to push Ukrainian President Volodymyr Zelenskiy to investigate the employer of Democrat Joe Biden’s son at the same time that the White House withheld military aid to the country.

Sondland’s testimony Wednesday provides some of the clearest descriptions yet of Perry’s involvement in the scandal.

“Secretary Perry spoke to Rudy Giuliani only once at the president’s request,” Hynes said. “No one else was on that call. At no point before, during or after that phone call did the words ‘Biden’ or ‘Burisma’ ever come up in the presence of Secretary Perry.”

Perry had previously been identified by others in the impeachment inquiry as one of the “three amigos” Trump tapped to handle diplomacy with Ukraine.

The testimony comes a day after Trump showered Perry with praise at the outgoing energy secretary’s last cabinet meeting Tuesday, calling him an “incredible representative of this country and this administration.”

Trump has repeatedly denied any wrongdoing and characterized the impeachment inquiry as a politically motivated witch hunt. Speaking to reporters outside the White House on Wednesday, he said he did not ask for anything from Ukraine. He also distanced himself from Sondland, a major donor to his inauguration.

Sondland said Perry volunteered to make the first of several calls to Giuliani because of their “prior relationship.”

“Mr. Giuliani emphasized that the president wanted a public statement from President Zelenskiy committing Ukraine to look into the corruption issues,” Sondland said.

Sondland said the group kept top administration officials, including members of the State Department, apprised of what they were doing throughout their dealings with Ukraine and the investigations that Trump sought.

Sondland said he, Volker, Perry and others met with senior Ukranian and national security officials to discuss a working phone call and White House meeting between the two presidents.

“Sole purpose is for Zelenskiy to give POTUS assurances of new sheriff in town, corruption ending, unbundling moving foward, and, and I emphasize, any hampered investigations will be allowed to move forward transparently,” Sondland said he wrote in a message to White House officials. “Volker, Perry, (former national security adviser John) Bolton and I strongly recommend.”

Sondland said many senior officials, including Perry, were aware that the president wanted assurances of a corruption investigation as a prerequisite for the phone call.

Sondland said he later came to believe military aid to Ukraine was also being held up until its government committed to an investigation.

“I was adamantly opposed to any suspension of aid, as the Ukrainians needed those funds to fight against Russian aggression,” Sondland said. “I tried diligently to ask why the aid was suspended, but I never received a clear answer.”

This Is Why Half the Internet Shut Down Today

Google starts its crackdown on Android in-app purchases in 2021