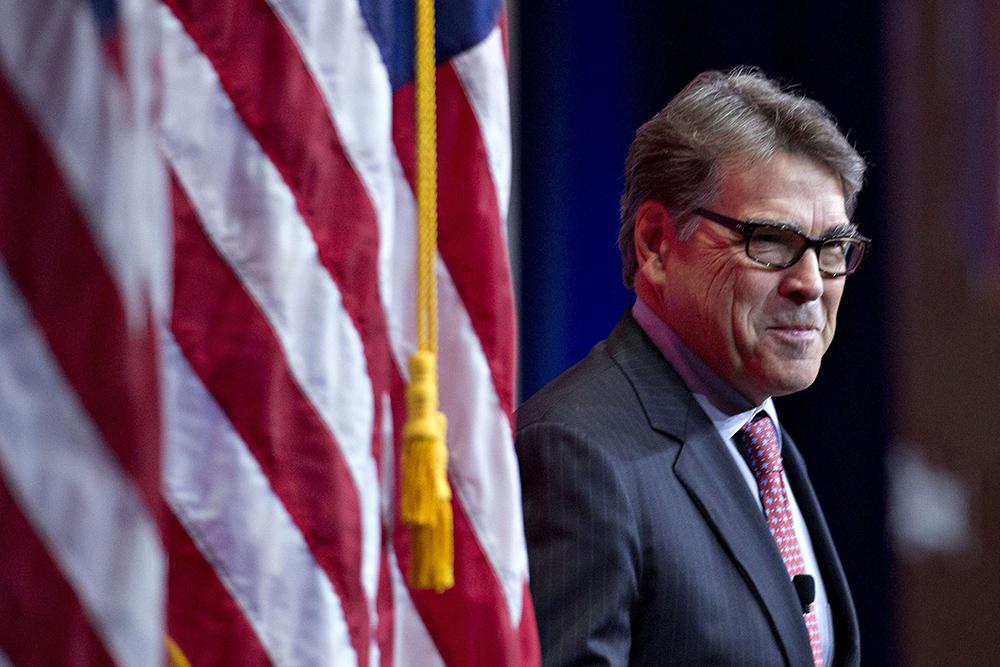 Three committees investigating Trump issued a subpoena to his personal attorney on Monday, looking for documents related to Giuliani’s interactions with Ukrainian officials and those in the Trump administration, including Perry.

Among the documents they’re seeking are any related to the Energy Secretary and former Texas governor’s trip to Ukraine President Volodymyr Zelenskiy’s May 20 inauguration and a May 23 White House meeting involving Perry, former Ambassador Kurt Volker “and/or” Ambassador Gordon Sondland. The subpoena also calls for any communications between Giuliani and Perry.

Perry’s Ukraine trip was mentioned in the whistleblower complaint that sparked House Democrats’ efforts to impeach Trump. According to the complaint, Perry was sent in place of Vice President Mike Pence to lead a U.S. delegation at Zelenskiy’s inauguration. U.S. government officials allegedly told the whistleblower that Trump instructed Pence to cancel his planned trip to Ukraine and it was “made clear” that Trump would not meet with Zelenskiy until he saw how Zelenskiy “chose to act” in office.

The U.S. Embassy in Ukraine posted comments Perry made after the inauguration, in which he said “we have a small but very significant group of people from the United States who have come to this historic [event].”

“It was said a number of times — had we had a little bit more of a head start, if we had known a few more days, we would have probably had five times a larger delegation,” Perry said, according to the remarks posted on the embassy site. “America is here to send a clear message. The President of the United States has asked us to come, to share with the people of Ukraine, that they can count on the United States, count on working with this president, and hopefully working with this Parliament, to make the greatest days ahead for the people of Ukraine.”

Perry is only briefly mentioned in the whistleblower complaint, which doesn’t make clear what type of contact Perry had with Zelenskiy.

Perry, who was appointed to lead the U.S. Department of Energy in 2017, is among the longest serving members of Trump’s cabinet. He served as Texas governor for 15 years.

Trump’s Orders on WeChat and TikTok Are Uncertain. That May Be the Point.

‘DOOM’ and ‘DOOM II’ Have Been Pulled from the App Store, Bethesda Working on...