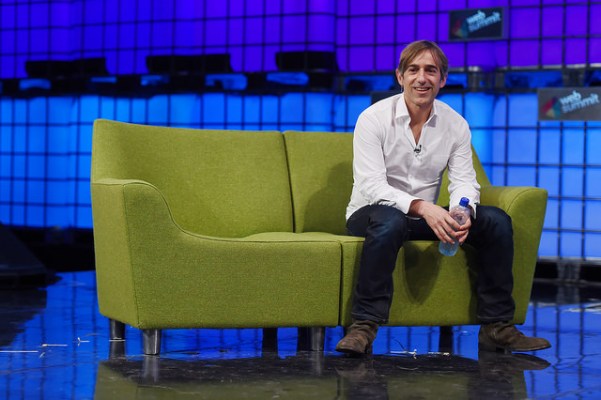 Zynga founder Mark Pincus is raising up to $700 million for a new investment fund that will focus on publicly traded tech companies in need of strategic restructuring, according to a new report in Axios. It says his new firm is called Reinvent Capital and that Pincus is founding the outfit with hedge fund manager Michael Thompson, who has been steering his own New York-based firm, BHR Capital, for the last nine years.

Reinvest’s plans, says Axios, involve investing in up to 15 internet, software and media companies, adding that the firm will be “size agnostic,” working with small, medium and large-cap companies.

Pincus has been a founder and operator since graduating from Harvard Business School in the early 1990s, co-founding an early internet company called FreeLoader, a web-based push technology service that sold a couple of years later to a now-defunct public company. Pincus went on to co-found SupportSoft, a pioneer in tech support and cloud services, then to create an early social network called Tribe.net, before founding the social gaming company Zynga in the spring of 2007.

The company went public in 2011 at a $7 billion valuation. Seen as vulnerable to competition and to the whims of Facebook, whose rules had already changed in ways that hurt Zynga leading into its IPO, its shares began slipping almost immediately. Today, the market cap of the company — where Pincus remains non-executive chairman after twice stepping into and out of top management roles — is $3.7 billion.

That Pincus would become a full-time investor is less surprising than the stage of companies he will reportedly be targeting. Pincus has long been an active investor, though typically (as far as we know) taking very early stakes in companies. Among his most recent seed-stage bets, for example, is Spatial, a roughly year-old, Emeryville, Calif.-based cross-reality collaboration platform that turns rooms into 3D workspaces and which raised $8 million in seed funding last fall, including from Pincus, along with numerous other individual investors and early-stage venture firms.

Another is Invisible, a New York-based company that says it can help customers outsource their work (professional and personal) to real humans via AI, and which raised $2.6 million in seed funding last fall.

A third recent and slightly later-stage bet centers on Cargo Systems, a 2.5-year-old, New York-based startup that helps ridesharing drivers earn money by bringing the convenience store into their vehicles and that raised $22 million in Series A funding led by Founders Fund back in September.

In fact, Pincus appears to have generated much of his wealth via one very early bet on Facebook. According to tech journalist David Kirkpatrick’s book, “The Facebook Effect,” Pincus, alongside his longtime friend Reid Hoffman, had written an early $40,000 check to the company. When Facebook went public, Pincus reportedly sold roughly one million shares, about a fifth of his stake at the time, for what was expected to be $35 million in pre-tax dollars.

Hoffman, who famously co-founded LinkedIn and is today a partner with the venture firm Greylock Partners, is reportedly advising Reinvent Capital. It’s just the latest effort on which the two are teaming up.

In the summer of 2017, Pincus and Hoffman announced an effort called Win the Future, or WTF, that aimed to be a “new movement and force within the Democratic Party,” Pincus told the outlet Recode at the time. Designed to be equal parts platform and movement, it began life by allowing site visitors to vote on topics like whether or not engineering degrees should be free to all Americans. The site no longer features much at all, other than a descriptor as a “non partisan project lab.”

Hoffman more recently landed in hot water after it was learned that he had indirectly contributed funding to a deceptive social media campaign aimed at helping Democratic candidate Doug Jones win Alabama’s state senate race in 2017. Jones won narrowly; Hoffman said he had no knowledge of the project, did not endorse its tactics, and that he “categorically” disavows the use of misinformation to sway a campaign.

We reached out to Pincus earlier today to learn more. We hope to have more information for you soon.

How to Get Apple’s AirPods Max a Month Earlier

The mikme pocket is a fantastic mobile audio solution for podcasters, reporters and creators