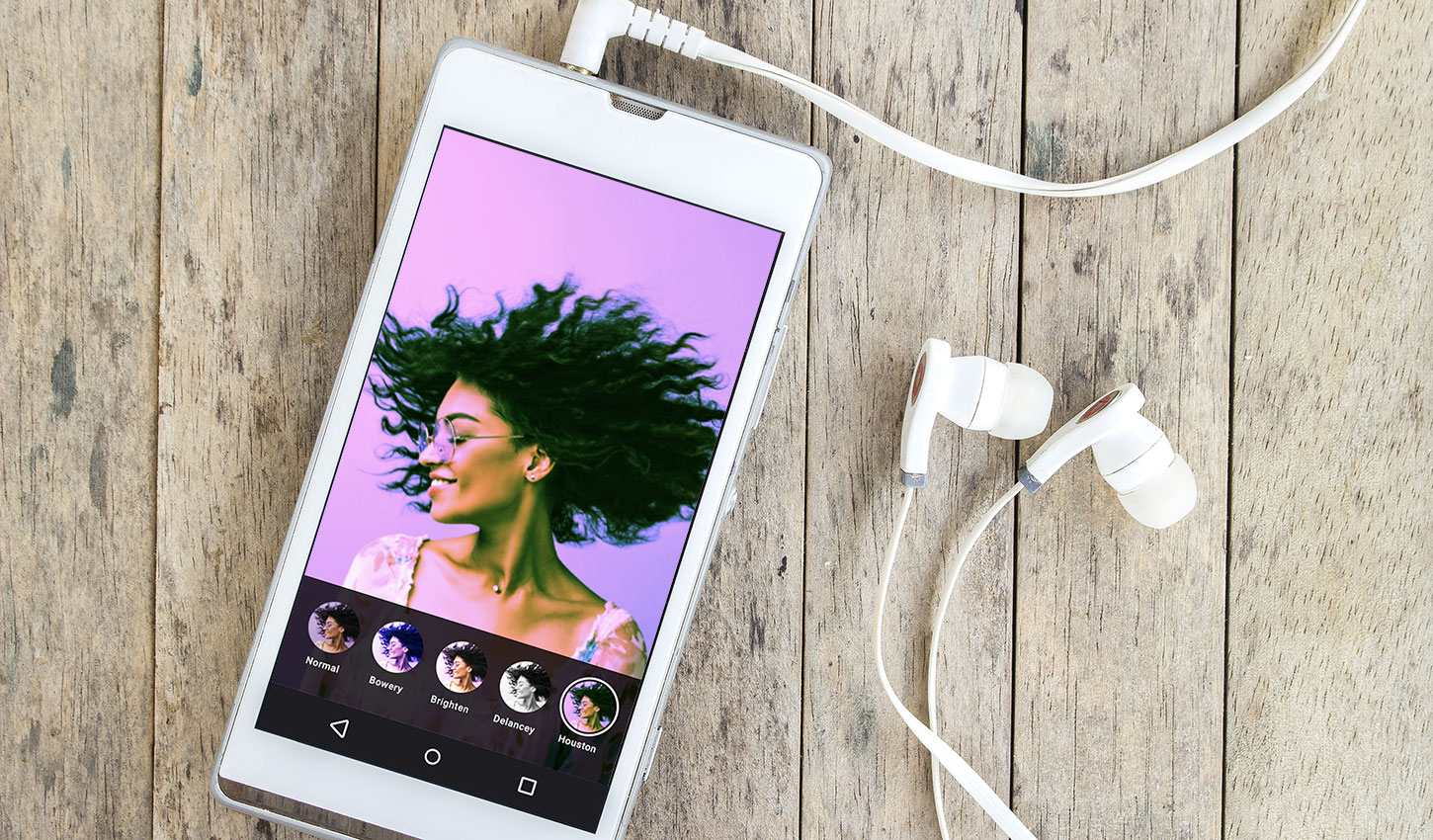 Since the Indian government banned TikTok along with 58 other Chinese-developed apps on June 29, a slew of alternative video-sharing apps has been vying to take its place. Sensor Tower Store Intelligence estimates reveal that the three largest contenders, Roposo, Zili, and Dubsmash, collectively saw first-time installs grow 155 percent in the three weeks following TikTok’s removal, compared to the same period before its ban. 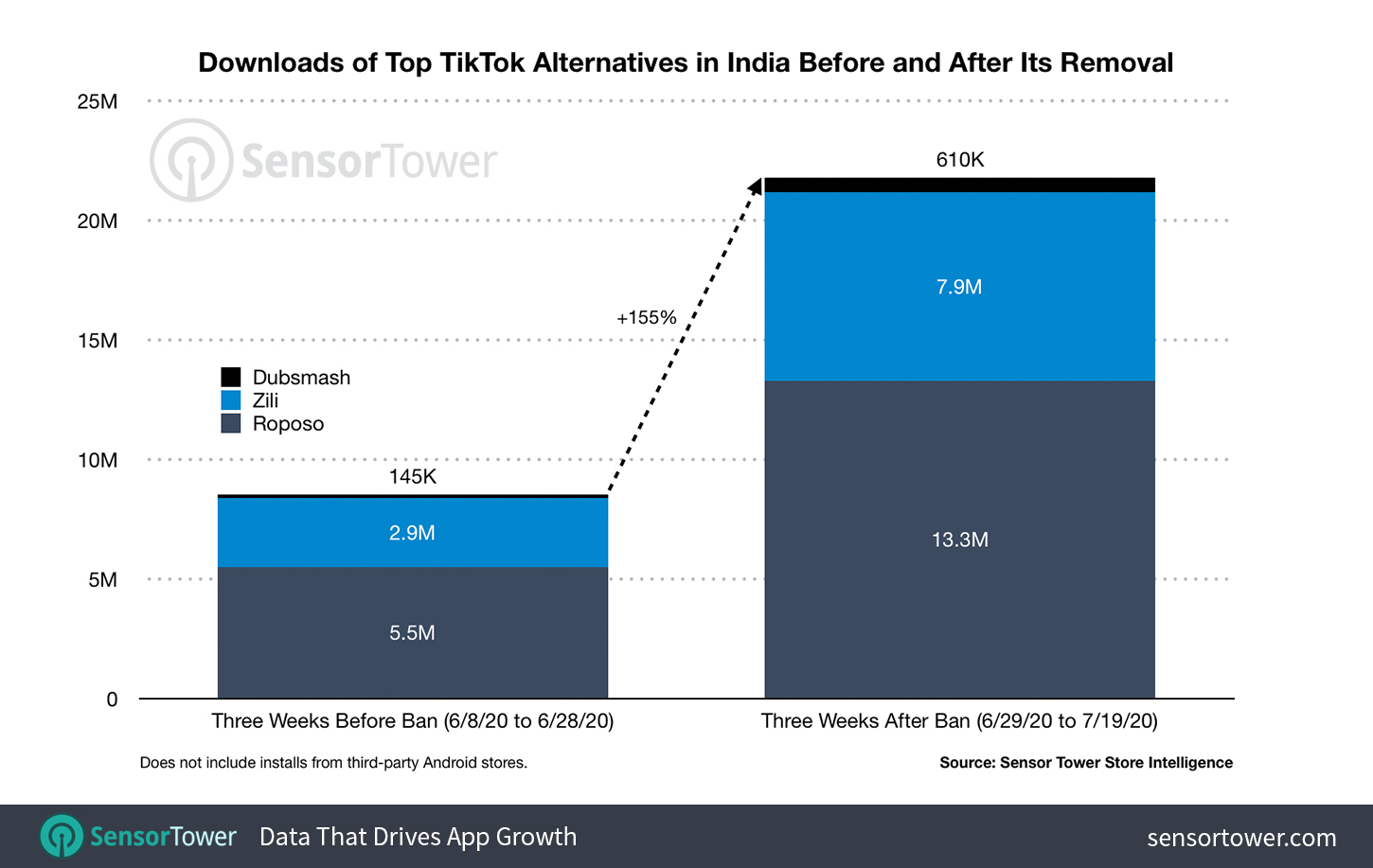 India was TikTok’s largest market prior to its removal there, generating 164.5 million downloads in the first half of 2020 across the App Store and Google Play. This figure represents 26.4 percent of global installs of the app during that period, which include Douyin for iOS in China but exclude installs from third-party Android marketplaces.

The Frontrunners in India

Since the ban, Roposo, Zili, and Dubsmash have collectively generated 21.8 million downloads in India, reaching 13 percent of TikTok’s installs in the country for the first half of 2020.

To date, these three apps have the highest lifetime downloads out of all TikTok alternatives on India’s App Store and Google Play. Roposo leads with approximately 71 million all-time installs, followed by Zili with about 51 million and Dubsmash with 30.4 million.

Smaller apps also saw significant growth after the ban was announced, such as Snack Video. Between June 29 and July 19, it generated about 10 million downloads, which was approximately 59 times the 172,000 it saw between June 8 and June 28. 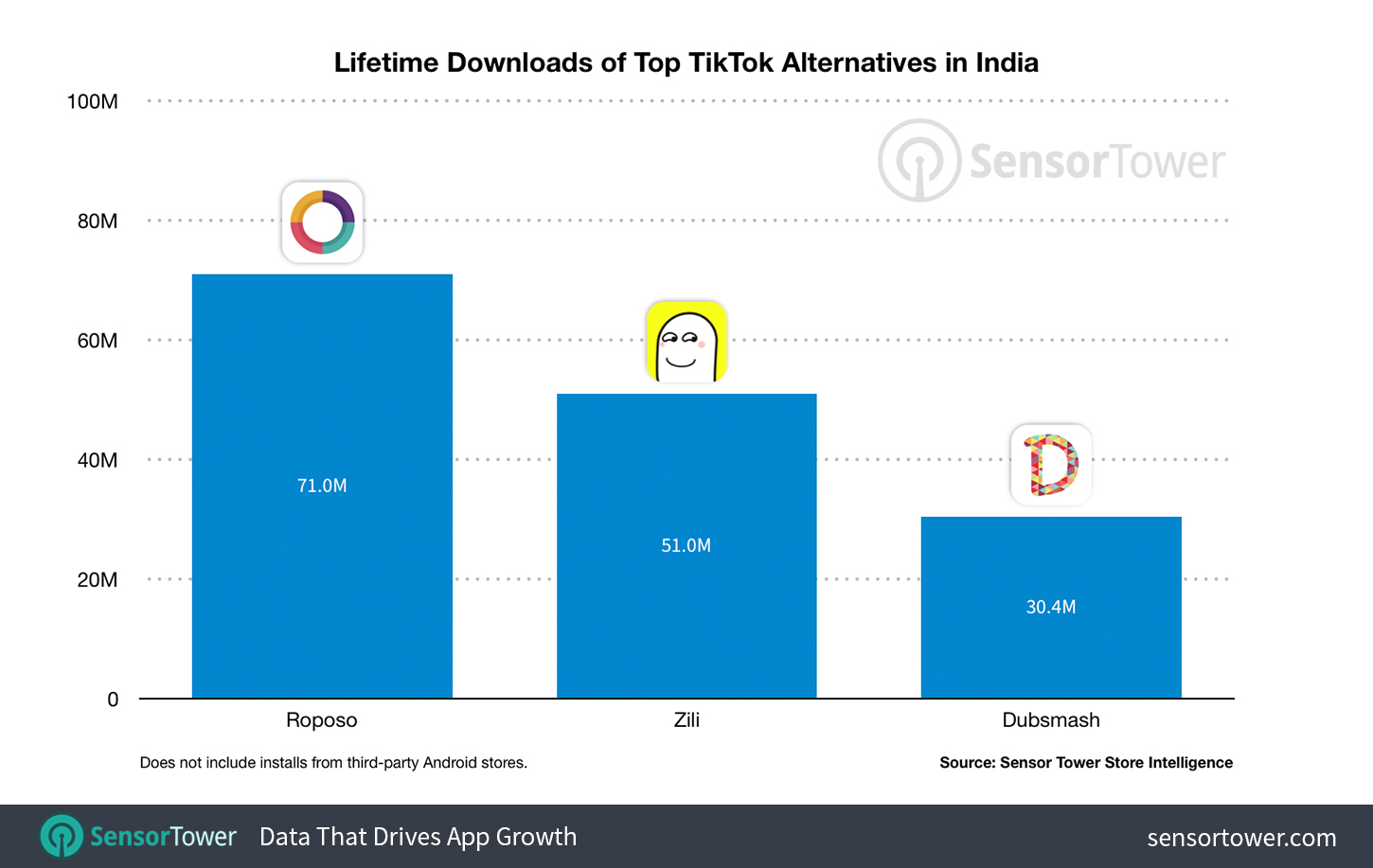 Newcomers LitLot, Moj, Josh, and MX TakaTak launched around the ban’s announcement. They joined existing social video-sharing apps such as Trell and Chingari in marketing themselves as “made in India,” hoping to appeal to TikTok’s massive audience in the country as domestic products.

However, not all of TikTok’s would-be replacements are homegrown. Zili, the second largest app among its alternatives, is developed by Chinese publisher Xiaomi. In the three weeks following the ban, Zili saw 167 percent growth as it leapt to nearly 8 million installs from about 3 million in the prior period. Snack Video is also from a Chinese developer, Kuaishou, and has generated 23.5 million lifetime downloads from users in India. During the week of July 13, it was ranked No. 1 among all free iPhone apps on India’s App Store.

New York-based Dubsmash has also found an audience in India, with 30.4 million lifetime downloads there to date. However, while its growth has been impressive, its installs haven’t experienced the same degree of lift as some other video-sharing apps, such as Snack Video. Dubsmash saw 321 percent growth in the three weeks after TikTok’s ban, climbing to 610,000 installs from 145,000 in the three weeks prior.

The United States government hinted at its own TikTok ban on July 6, although it has yet to make moves to actually have the app removed from the App Store and Google Play. Still, these reports nudged some consumers to seek out video-sharing alternatives such as Byte and Dubsmash. 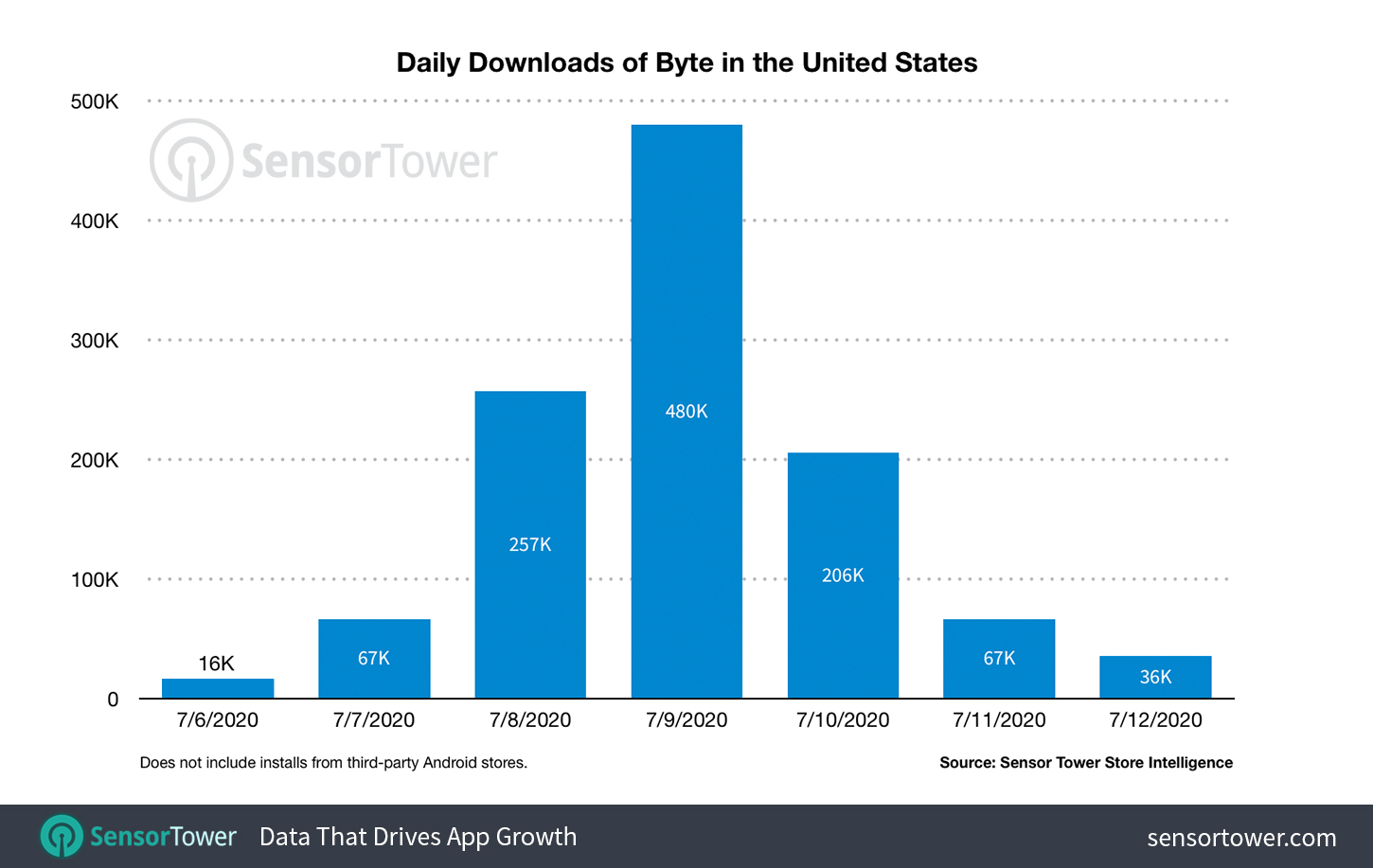 Dubsmash is the largest app among TikTok alternatives picking up traction in the U.S. at the moment. To date, it has an estimated 41.4 million lifetime downloads across the U.S. App Store and Google Play, with Byte trailing at 2.4 million.

The U.S. was TikTok’s third largest market in the first half of 2020, generating close to 49 million installs in that time period.

As ByteDance works to remedy its embattled position, a window of opportunity has opened for competitors. New standalone apps such as Moj have sprouted with aims of tempting away TikTok’s existing audience, apps like Byte are seeing renewed interest, and tech giants including Facebook and Google are taking the opportunity to test new features—specifically Instagram’s Reels and YouTube’s Shorts—to capitalize on the moment.

Time will tell which of these new contenders will take the biggest piece of the pie, or if TikTok will continue to dominate in the second half of 2020 despite losing access to its largest source of new users in India.

Apple, Facebook, Google, and Amazon Are the Big Monopolies You Thought They Were, Lawmakers...