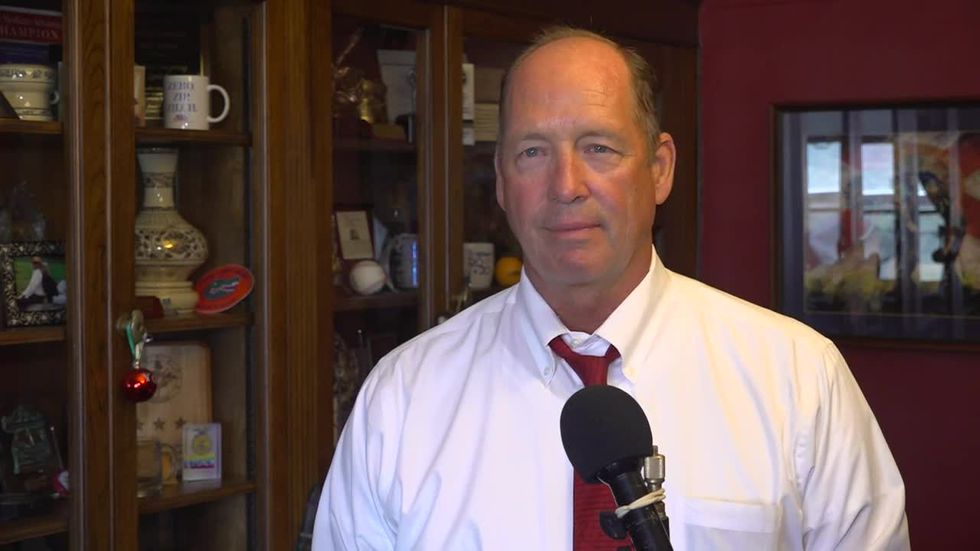 WASHINGTON (Gray DC) — Rep. Ted Yoho (R-Fla.) is addressing a heated exchange with Rep. Alexandria Ocasio-Cortez (D-N.Y.) that occurred earlier this week on the steps of the U.S. Capitol.

On Wednesday, while making remarks on the floor of the U.S. House of Representatives, Yoho apologized for what he called the ‘abrupt’ nature of his confrontation with Ocasio-Cortez. However, Yoho vigorously denied reports from news outlets that he used an expletive and sexist term while walking away from the first-term congresswoman.

“As far as the derogatory word the media said I said, I did not say that to her. Period,” said Yoho in an interview with the Gray Television Washington News Bureau.

Yoho says he strongly disagrees with Ocasio-Cortez’s viewpoints on political issues and that his passion would have been better expressed during a private one-on-one meeting with his fellow lawmaker. Yoho claims that after the confrontation, he saw Ocasio-Cortez again, and he says she told him she “was not yet done with him.”

We reached out to Ocasio-Cortez’s office to offer her a chance to explain her side of the story, but we have not received a response yet. On Twitter, she announced that she would not be accepting Yoho’s apology.

Republican responds to calling a colleague “disgusting” & a “f—ing b*tch” w/ “I cannot apologize for my passion” and blaming others.

I will not teach my nieces and young people watching that this an apology, and what they should learn to accept.

Since taking office in 2019, the New York representative has quickly grown a large social media following and developed a track record as a liberal firebrand.

Yoho is not seeking re-election at the end of his term. He’s been in office representing Florida’s 3rd Congressional District since 2013.

Watch the video above to hear more on this interaction.

What is a periscope lens, and what would it mean for future iPhones?