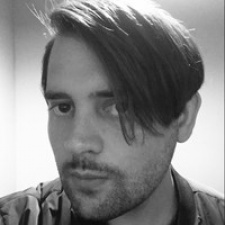 Robin Squire is the CEO and co-founder of Black Block, a Helsinki-based game development studio working on mobile-first connected open worlds. He was previously director of business development at PlayRaven, as well as director of marketing at Rovio.

Before the event takes place, we caught up with Squire to see what’s changed in the games industry since he joined, and what trends he expects to see over the next 12 months in the industry.

PocketGamer.biz: Tell us a bit about Black Block

Robin Squire: Black Block is a Helsinki-based studio that was founded in 2019 by industry veterans from well-known companies such as Rovio and Rockstar North. The company is working on mobile-first connected open worlds, with its debut title Retroit, a massive open world, set in an always online sandbox city, where every vehicle is driven by a real player. Most recently the company collaborated with Genvid Technologies, bringing interactive livestreaming to Black Block’s online worlds.

We’ve seen so many new game studios founded and backed, with founding teams having worked at many of the big industry success stories over the past five to ten years

What does your role entail?

I’m the CEO of the company; I buy lunch and keep the lights on.

Why did you want to work in the games industry?

I’ve always loved games and grew an appreciation for the games industry specifically when I was in university studying a business management degree. I’ve been passionate about working in this industry ever since. I have regularly been inspired by MMOs and online games since playing the original EverQuest in 1999.

What advice would you give to anyone looking to get into it?

Build up your skills, even if at first you’re not working in the games industry or on games. And make lots of friends.

What are your thoughts on the industry in the last 12 months?

It is amazing to get a front row seat to be a part of a Finnish dev community responsible for so many hit games and companies.

We founded our company in 2019 and since then we’ve seen so many new game studios founded and backed, with founding teams having worked at many of the big industry success stories over the past five to ten years and working on incredibly ambitious new projects for new audiences. It’s really exciting.

What major trends do you predict in the next 12 months?

How has the games industry changed since you first started?

In so many ways, I was working with big mobile premium launches before mobile free-to-play took off, which has probably led the biggest change. Amazing to get a front row seat to that and to be a part of a Finnish dev community responsible for so many hit games and companies.

Which part of the Connects event are you most looking forward to and why?

Helsinki is an amazing game development community, and that’s always made the Helsinki Connects events really great. I’m just looking forward to seeing how it works as an online event!