Facebook launched its Messenger Rooms as a FaceTime and Zoom competitor back in April and expanded support for up to 50 people in May. Now Messenger video calls offer iOS screen sharing support, here’s how it works.

Facebook adding screen sharing support for iPhone and iPad in Messenger Rooms video calls means it beats Apple to the punch as the option isn’t available yet with FaceTime calls.

Facebook detailed the new capability in a blog post (via MacRumors). It doesn’t work with the full 50 person max of Messenger Rooms yet but is functional with up to 16 people for now.

Screen sharing allows people to instantly share their screen with friends and family one-on-one or in a group video call with up to eight people and up to 16 people in Rooms while using Messenger on their mobile devices. We know people are trying to stay connected more than ever and screen sharing is the latest feature we’re rolling out to bring people closer together.

Support for screen sharing with 50 person Messenger Rooms calls will arrive before long and Facebook notes that there will also be the option for the creator of a call to control who can share their screen.

We will soon add the ability to control who can share their screen in Rooms and expand the number of people you can share your screen with up to 50 within Messenger Rooms. With these new controls, Room creators will be able to determine whether to limit the ability to screen share to just themselves or make the feature available to all participants when creating a room and during the call.

The addition of screen sharing with Messenger Rooms is available globally now and comes after previously being available on desktop and the web.

How to use iOS screen sharing with Messenger video calls 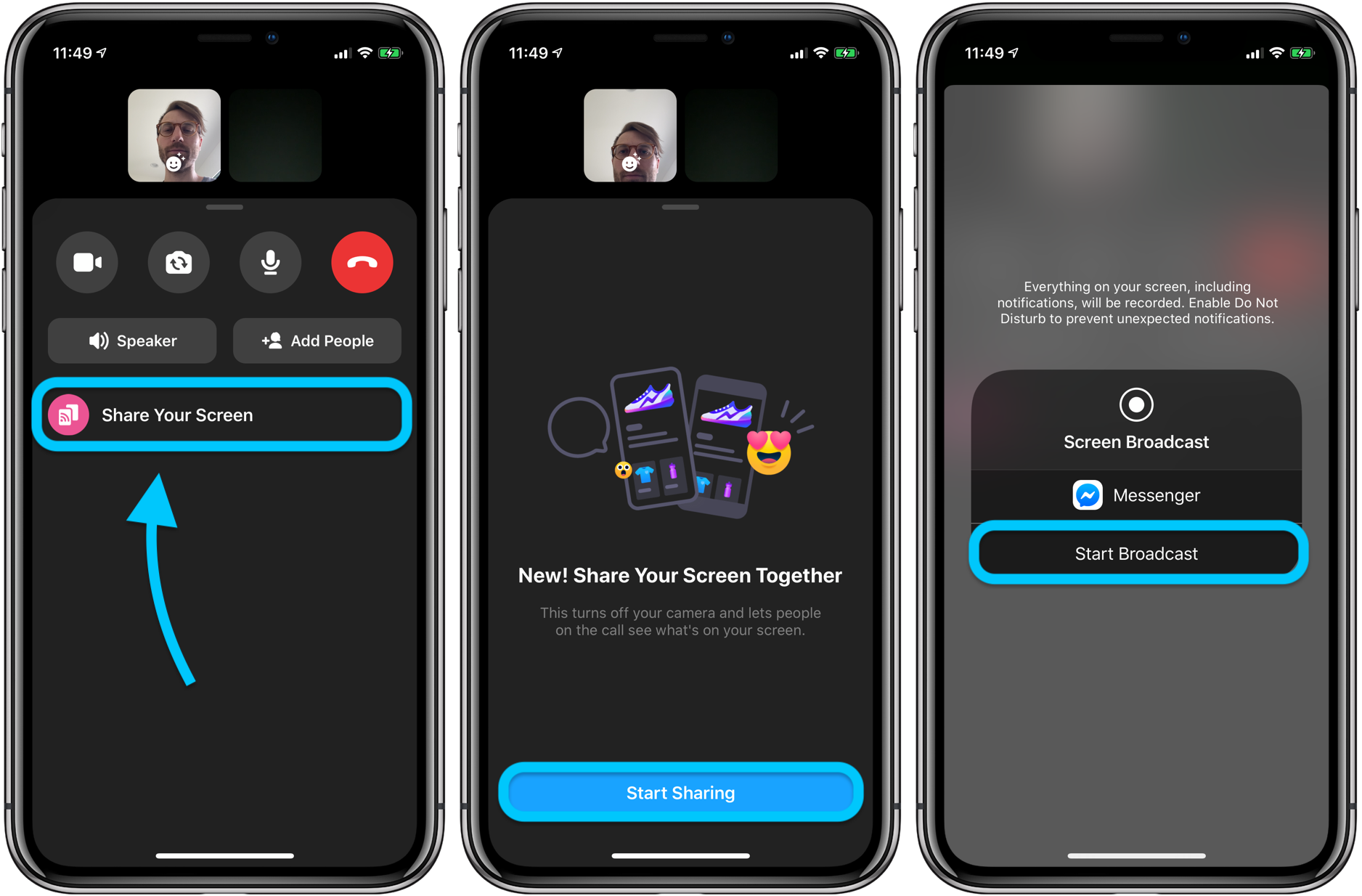