Exos Heroes, from publisher LINE Games and developer Oozoo, hit the global app stores at the end of May, having been available in Korea since late last year.

That means Exos Heroes has been available for about six weeks, and it’s already rocketed beyond 5 million downloads.

To celebrate this impressive achievement, LINE Games is giving away 11 Recruits a day on July the 24th, 25th, and 26th. Just log in to claim your prize.

In case you’ve been living in a cave, or at least a gacha news blackout zone, Exos Heroes is a huge, graphically impressive gacha MMORPG set on a vast fantasy continent populated by all the things you’d expect to find on a fantasy continent, including magic, mystical swords, and dragons.

You play as a nonchalant rogue who sets out on a quest to retrieve the emperor’s stolen sword, Exestruk. Along the way you’ll raise an airship, recruit a captain, own a dragon, summon a whole army of Heroes to help you in battle, and meet a cast of engaging characters too. 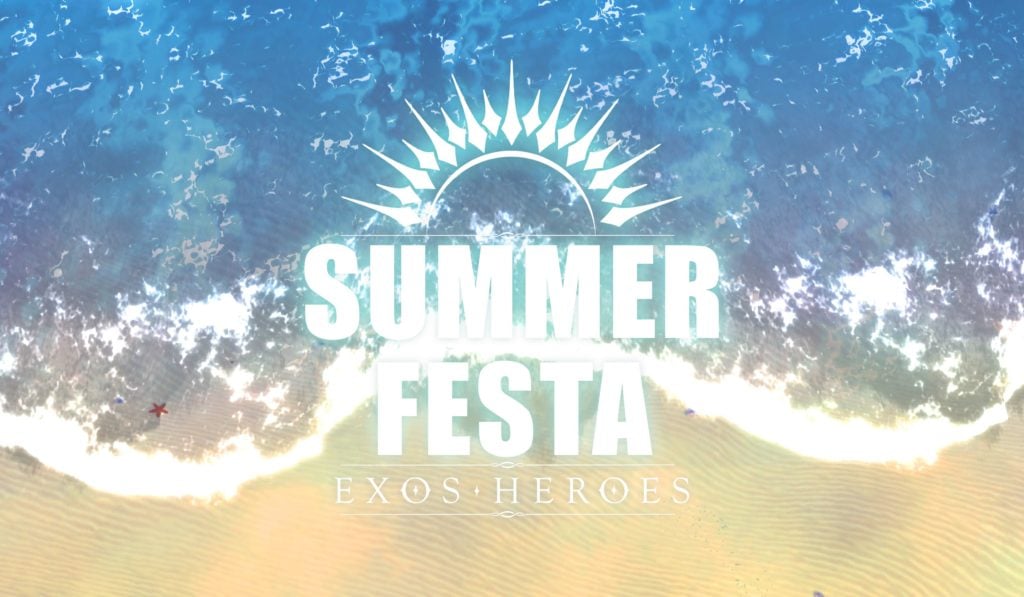 Oh, and you’ll fight. A lot. Drawing on your huge assortment of heroes you’ll assemble teams to take into battle. Exos Heroes has some of the most dynamic and innovative combat you’ll see in a gacha RPG, with a clever “break” system, a mana system for recharging skills, and the most awesomely excessive skill animations we’ve seen in years.

On top of the celebratory free Recruits event, LINE Games is also holding a major Summer Festa event, which takes us all the way up to September. Throughout this period you’ll be able to claim a 5-star Bernadette hero for logging in, while a week-long check-in event, lasting from now until July the 22nd, will shower you with gold, Levistones, and more.

There are seven new Fatecores, too, and you can earn further rewards by sharing photos of your Heroes with their Summer Festa Fatecores on the game’s Facebook page up until the 27th of August.

Download Exos Heroes for free right now on Google Play or the App Store to get started.

Dress Up! Time Princess Gets a Halloween Event, Adding a Kitty Breeding Function and More

Arca to Gnosis: Show Us a Turnaround Plan or Give Investors’ Money Back

IRS, Ignoring Its Own Watchdog, Sends Letters About Crypto Taxes Once Again