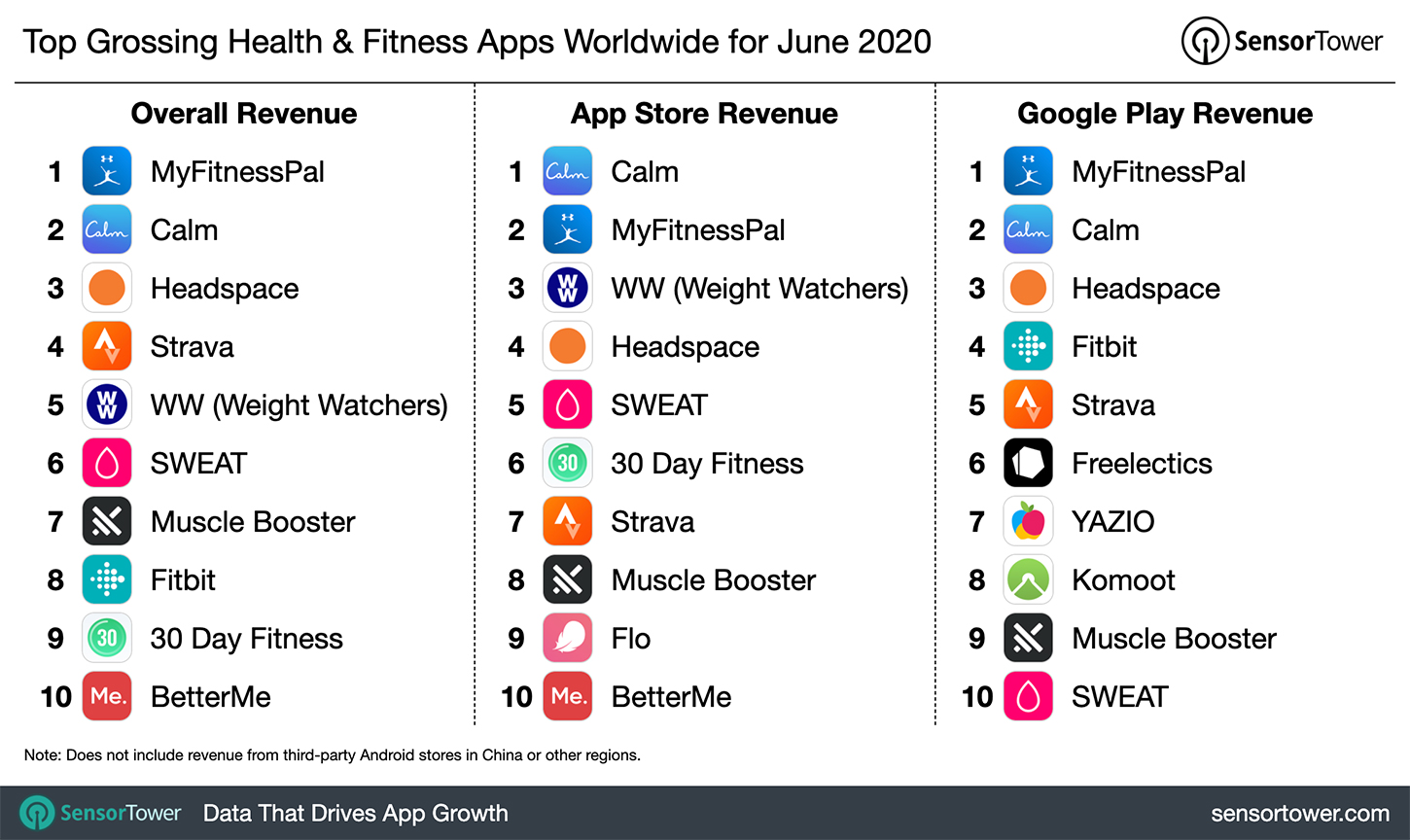 The top grossing Health & Fitness category app worldwide for June 2020 was MyFitnessPal with more than $6.7 million in user spending, which represented 8.1 percent growth from June 2019. Approximately 61 percent of MyFitnessPal’s revenue was from the United States, followed by 12.6 percent from Great Britain and 5 percent from Australia. The full ranking of the top grossing Health & Fitness category apps for June 2020 is above. App revenue estimates are from Sensor Tower’s Store Intelligence platform.

Calm was the second highest earning Health & Fitness category app worldwide for June 2020 with more than $6.6 million in gross revenue, which represented 1.6 percent year-over-year growth from June 2019. About 51 percent of Calm’s revenue was from the U.S., followed by 14 percent from Great Britain. The next top grossing app was Headspace, followed by Strava and Weight Watchers.

Want to see how the rankings compared to the previous month? Check out the Top Grossing Health & Fitness Apps Worldwide for May 2020 here.

Store Intelligence users can see app revenue and app download estimates for the above apps in addition to historical performance metrics on the Sensor Tower platform. Our revenue estimates are from the App Store and Google Play worldwide between June 1, 2019 and June 30, 2020 and represent gross user spending. These rankings do not include app revenue from third-party Android stores.

This Grotesque Viral Photo of President Trump Is Actually Fake

Get Back Into a Routine With a Fitbit One Fitness Tracker, Now $70 Off