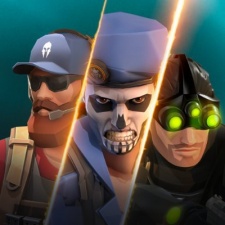 French publishing giant Ubisoft is geared up to release Brawlhalla on August 6th for iOS and Android devices.

Last night, at Ubisoft Forward, a range of announcements were made, several of which were for mobile. One of the biggest was free-to-play 2D fighting game Brawlhalla – on top of a launch date reveal, Ubisoft stated that the game would support cross-play with other platforms.

So far, there are more than 50 characters to choose from, some of which are not from Ubisoft titles such as Lara Croft.

The fighting title was first released in 2017 for PC and PlayStation 4 and was later released for Xbox One and Nintendo Switch in November 2018. Currently, potential mobile players can pre-register, and those who do will get an exclusive skin upon release.

The next mobile game to be announced by Ubisoft was Tom Clancy’s Elite Squad, a soft-launched title, which will hit the App Store and Google Play on August 27th – pre-registrations are open with an exclusive weapon up for grabs.

The free-to-play tactical RPG will feature a roster of 70 characters, all of which come from one of the many universes created by Tom Clancy – perhaps the most famous of which is Sam Fisher, the spy from the Splinter Cell series. Other featured characters include Caveira, Montagne, Nomad and El Sueño.

There is both a campaign and PVP elements included. Players may recognise the areas in which the five-versus-five battles take place as they are locations found within the various Clancy worlds, such as The Division 2.

A bit of magic

Ubisoft also showed a trailer for its mobile battle RPG Might and Magic: Era of Chaos which can be installed through both the App Store and Google Play.

The game features both a campaign and PVP elements, it also has a guild feature that makes for some interesting cooperative play. To aid you in battle, you can recruit characters from across the Might and Magic franchise. Furthermore, there are more than 40 troop types to be collected and trained such as griffins, knights, orcs, and dragons.

Unsurprisingly, during the event, CEO Yves Guillemot confirmed that there would be a second Ubisoft Forward taking place later this year.

“I hope you will have enjoyed what you have seen today and that you will love playing these games,” said Guillemot.

“I’m proud of our teams for delivering an ambitious, proud, and creative lineup of games. And we haven’t shown you everything yet. In fact, we have a lot more to come. So you will have another Ubisoft Forward to reveal even more about our upcoming games.”

However, no time or date for the next digital showcase was given. Although, we do know it will feature updates and announcements for further games.

At the event, Ubisoft avoided discussions regarding the ongoing sexual misconduct allegations. However, an additional three executives have stepped down due to the complaints.

The Case for Bitcoin Banking (Despite Cred’s Bankruptcy)