If you’ve already read the Saturday companion to this article, which deals with new games, you’ll know that it’s been a quiet week. The good news is that things are set to kick off bigtime next week, with a couple of big releases and a new season in PUBG Mobile.

There have been a couple of cracking updates, too – in particular, three new modes in Tetris, one of which lets you win real cash money.

As time marches relentlessly onwards, another wave of creaking handsets are due to fall off the pace and vanish into Minecraft oblivion. Specifically, anything less than 768MB of RAM will no longer be supported, though the content those smartphone owners already have will remain theirs, and they’ll be able to port their worlds to a new phone when they’re ready.

Once again, this a port that showed up on iOS before Android. Thronebreaker is a spin-off of Gwent: The Witcher Card Game, and it sees you exploring previously unexplored regions of the Witcher universe and engaging in card-based warfare. One to watch.

Arrive in new location, renovate, farm, befriend, explore. My Time at Portia has an awful lot in common with Stardew Valley, but you’d be a fool if you were to let that put you off. This is another charming, madly addictive fantasy life sim. It’s only been confirmed for TapTap, the Chinese Google Play, so far.

Following a week of twists and turns, developer King has finally broken cover with the updated title to the long-awaited Crash Bandicoot mobile game. Crash Bandicoot: On the Run is a 3D auto-runner, which makes perfect sense for the franchise. No release date, but you can pre-register now.

Brawlhalla, in case you don’t already know, is a free-to-play take on the Smash Bros franchise from Ubisoft. It sees you trying to push opponents off a platform in 2D bouts, and it stars an eclectic mix of fighters, from Finn and Jake to John Cena and The Rock.

Another week, another game from the immensely prolific Square Enix mobile game machine. This time it’s Dragon Quest Tact, which is coming to the Google Play Store in Japan next week. It looks like a pretty generic monster-collecting tactical RPG, but series creator Yuji Horii is onboard as director so it could be worth a look if it ever makes it to the West.

We first revealed that Professor Layton and the Unwound Future HD was coming to mobile last week. It’s coming next week. In the meantime here’s a new trailer. The game, the third in a trilogy, sees you travelling to the future, where Layton has become an unlikely gangland boss.

Monster Rancher 2 is a Pokemon clone, but it’s almost as old as Pokemon itself, having first arrived on PlayStation in Japan in 1999. It boasts over 400 monsters, and numerous improvements based on player feedback. You can expect to see it in November. 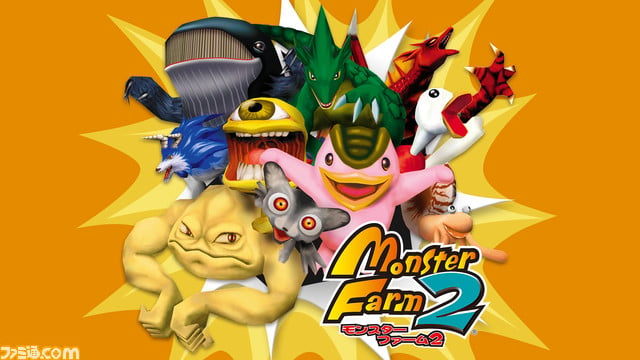 Another title lined up for next week, MudRunner is a cult hit on PC and other platforms. It sees you driving a range of heavy, unwieldy vehicles through inhospitable terrain in Siberia. Funny how the activities that are the least appealing in real life often make for great video games.

Tetris, from developer N3TWORK, has just received a radical overhaul thanks to its latest update, which adds a Tetris Royale mode, a social mode called Tetris Together, and – best of all – a daily Tetris cash prize contest called Tetris Primetime, with $1m per year up for grabs.

StoneAge World, the pre-historic monster-collecting RPG, has just been updated with Weekly Machine Pets Battles. These will see pets invading Gravelin Island, and you’ll be able to clear them up to ten times a day for rewards.

The latest PUBG Mobile content drop has arrived. The main attraction is a new map with a Scandinavian theme. It’s called Livik, and it features volcanoes, hot springs, and other features of Nordic topography. Royal Pass S14 begins next week, on the 14th.

Yac gets backed by Slack to bring the intimacy of voice back when remote...

3D TVs Didn’t Die, They Just Ended Up in Cars