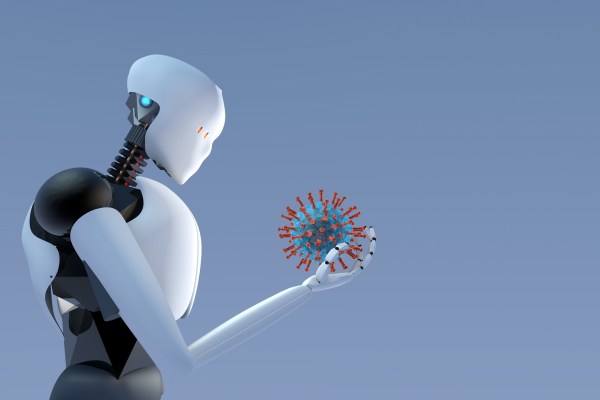 Today, the U.S. exceeded three million COVID-19 cases and 132,000 deaths. In several states, new hotspots have rolled back plans to reopen businesses. The novel coronavirus has — and will continue — to profoundly impact the way we live and work.

For the moment, that includes a shift in the employment status of many Americans. More than 50 million people have filed for unemployment since mid-March. And while many states have made efforts to reopen businesses and return some sense of normality, these moves have led to a spike in cases and may prolong the pandemic and its ongoing economic impact.

Technology has been a lifeline for many, from food delivery to the 3D printing I highlighted last week, which has worked to address a nation suffering from personal protective equipment shortages. Automation and robotics have also been a constant in conversations around tech’s battle against COVID-19.

Robots don’t get sick, tired or emotionally burnt out, and unlike us, they aren’t walking, talking disease vectors. Automation advocates like to point to the “three Ds” of dull, dirty and dangerous jobs that will eventually be replaced by a robotic workforce, but in the age of COVID-19, nearly any essential job qualifies.

The robotic invasion has already begun in earnest. The service, delivery, health care and sanitation industries in particular have all opened a massive gap over the past several months that automation has been more than happy to roll right through. A recent report from The Brookings Institute notes that automation arrives in the workforce in fits and starts — most notably, during times of economic downturn.

“Robots’ infiltration of the workforce doesn’t occur at a steady, gradual pace. Instead, automation happens in bursts, concentrated especially in bad times such as in the wake of economic shocks, when humans become relatively more expensive as firms’ revenues rapidly decline,” the study found. “At these moments, employers shed less-skilled workers and replace them with technology and higher-skilled workers, which increases labor productivity as a recession tapers off.”

Xesto is a foot-scanning app that simplifies shoe gifting