Tech News Extra
Home Uncategorized Thunderbolt 4 won’t be faster than Thunderbolt 3, but will be better... 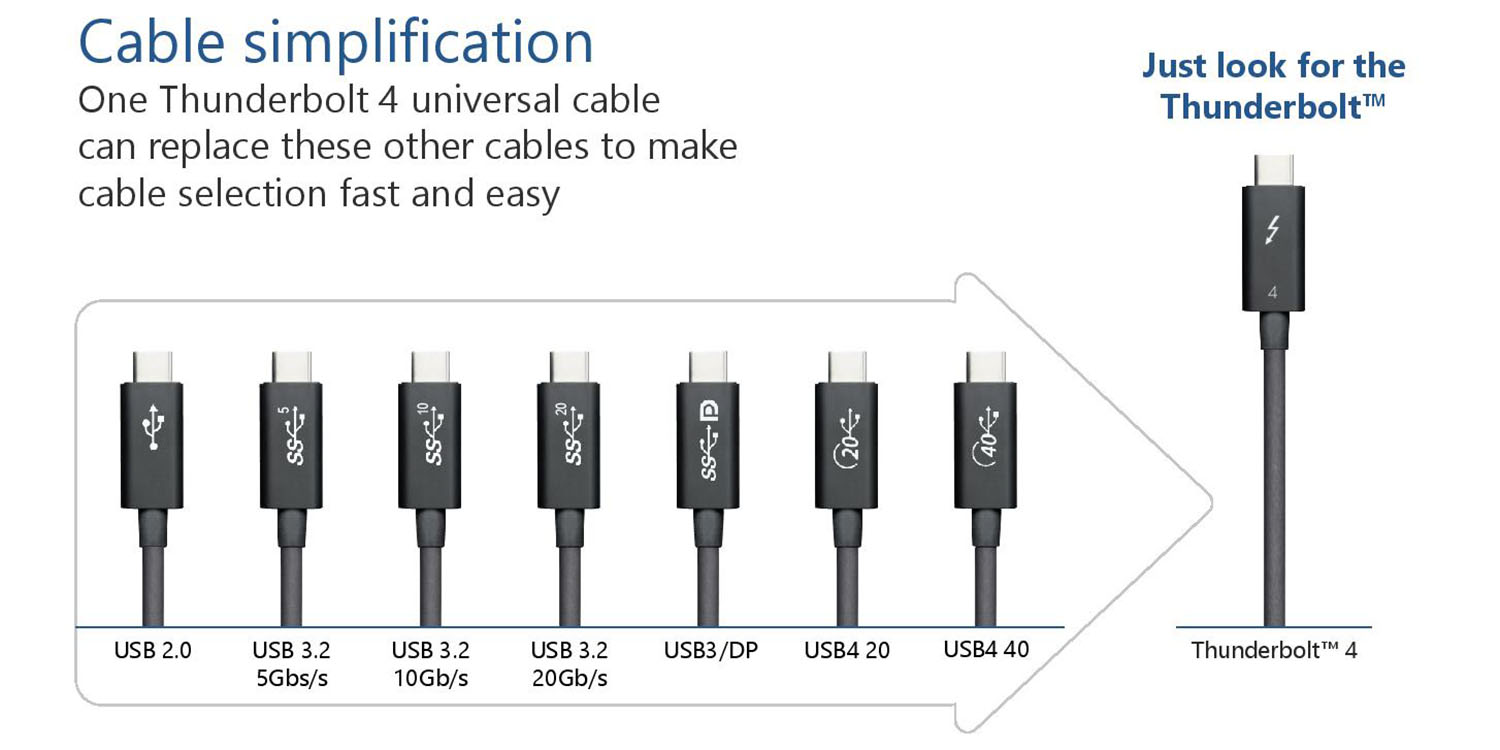 There was much confusion earlier in the year when Intel first touted Thunderbolt 4 as the successor to Thunderbolt 3, implying that it would be faster. It quickly transpired that this is not the case: the new standard will offer exactly the same 40Gb/s maximum speed as Thunderbolt 3.

But Intel today released the full specs, and the company says that while it isn’t faster, it does have better specs in several ways …

Intel says it is boosting the specs in several respects:

Confusion over data speeds doesn’t end there, however. While the maximum bandwidth remains 40Gb/s, Thunderbolt 3 systems only had to support 16Gb/s for PCIe connections, which meant this was the maximum speed you’d see for many external SSD devices. Thunderbolt 4 requires PCIe bandwidth to be doubled to 32Gb/s.

And as if that weren’t enough, there’s also USB4. This uses the same physical USB-C connection, but has a different spec. There had been similar confusion over data speeds there, with Intel now clarifying the spec:

All of which means you won’t be able to tell by looking at a USB-C port whether it supports Thunderbolt 4, Thunderbolt 3, or USB4.

Intel says manufacturers will be able to order Thunderbolt 4 controllers later this year. This means it should come to new Intel Macs by early next year. However, Apple’s plans for Thunderbolt support on ARM-powered Macs are as yet unknown.

Playco secures $100 million in Series A funding round

‘Grindstone’ from Capybara Games on Apple Arcade Just Got a Huge Update Bringing In...

These Star Wars and Marvel Funko Boxes Have a Handful of Collectibles for $10...