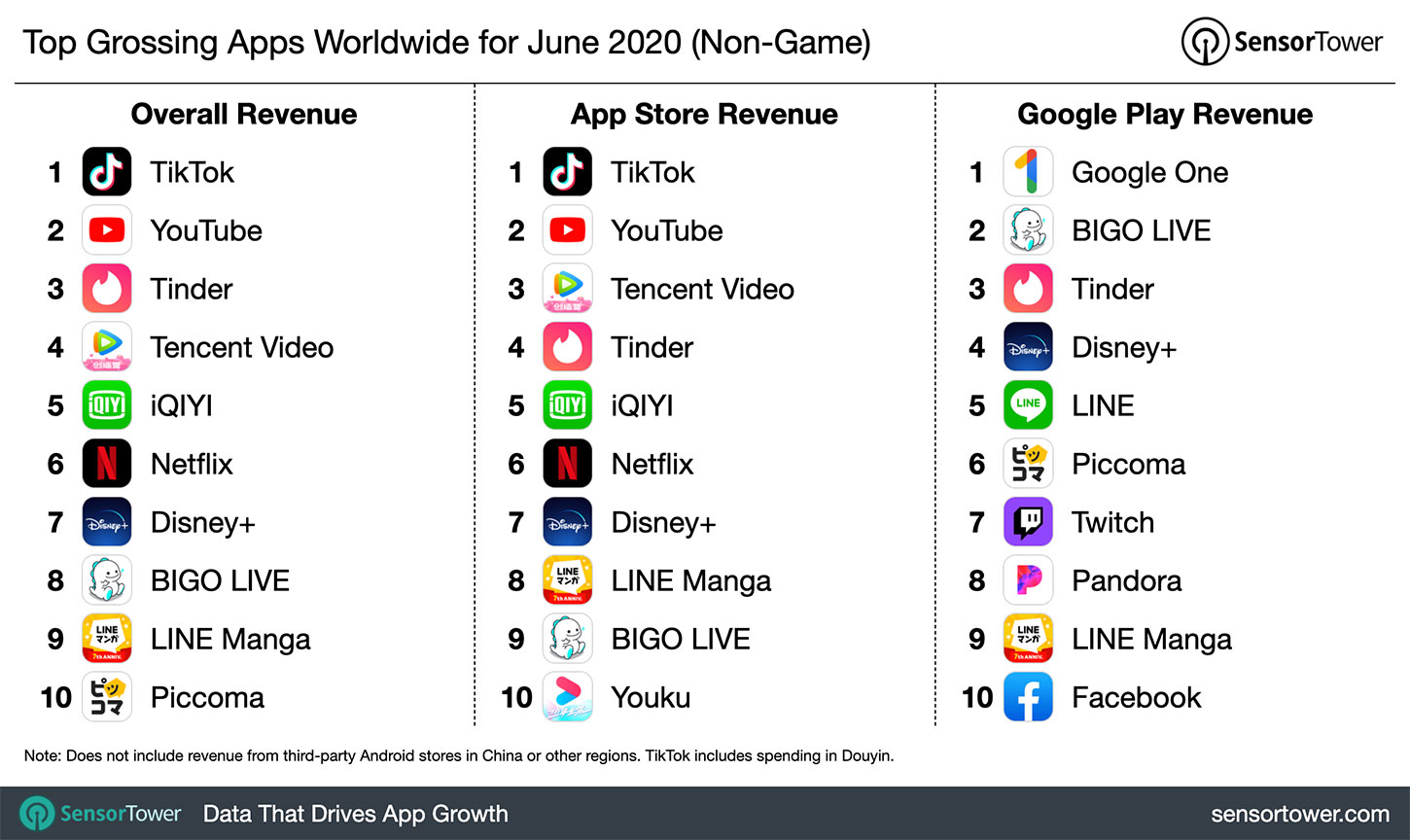 The top grossing non-game app worldwide for June 2020 was TikTok with more than $90.7 million in user spending, 8.3 times its revenue in June 2019. Approximately 89 percent of TikTok’s revenue was from Douyin in China, followed by 6 percent from the United States. The full ranking of the top grossing non-game apps for June 2020 is above. App revenue estimates are from Sensor Tower’s Store Intelligence platform.

YouTube was the second highest earning non-game app worldwide for June 2020 with close to $73 million in gross revenue, which represented 48 percent year-over-year growth from June 2019. About 56 percent of YouTube’s revenue was from the U.S., followed by 12 percent from Japan. The next top grossing app was Tinder, followed by Tencent Video and iQIYI.

Want to see how the rankings compared to the previous month? Check out the Top Grossing Apps Worldwide for May 2020 here.

Store Intelligence users can see app revenue and app download estimates for the above apps in addition to historical performance metrics on the Sensor Tower platform. Our revenue estimates are from the App Store and Google Play worldwide between June 1, 2019 and June 30, 2020 and represent gross user spending. These rankings do not include app revenue from third-party Android stores.

Stacks Foundation Will Soon Put Those 100M Tokens to Work