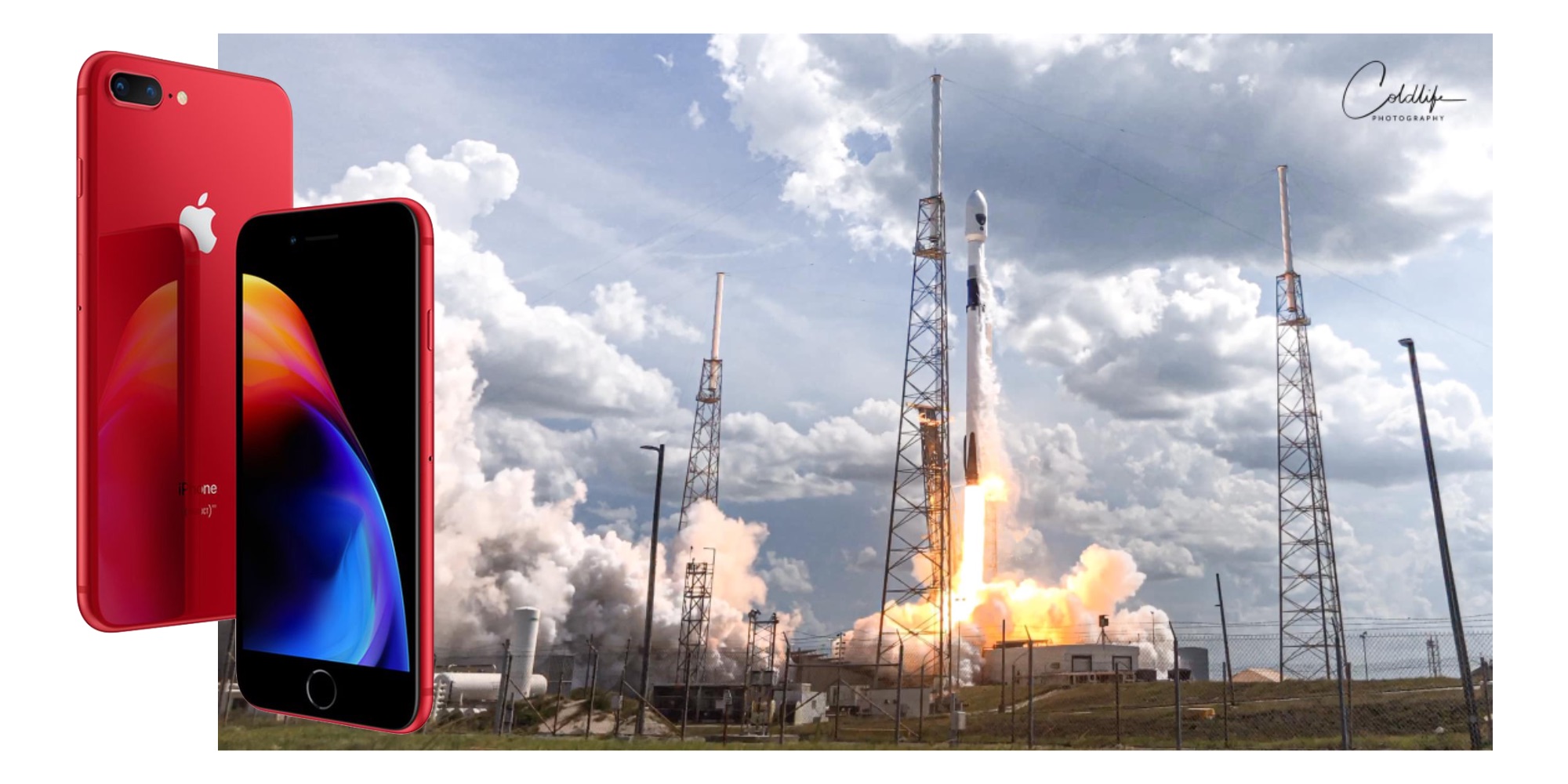 SpaceX is scheduled to send its tenth batch of Starlink internet satellites to space on a Falcon 9 rocket in less than 24 hours. The payload will also include two Earth observation satellites from Seattle-based BlackSky Global.

The Starlink 9 mission follows the successful launch of a next generation GPS satellite for the U.S. Space Force on June 30. Photographer Michael Cain, who has been shooting rocket launches for three years, decided to try a different camera for capturing SpaceX’s previous launch: the iPhone.

The SpaceX GPS III Space Vehicle 3 mission marked Cain’s 46th launch to capture, so the photographer decided to “try something different” at the launchpad.

Cain highlights a number of challenges with using other remote cameras like maintaining a steady shot and managing battery life and device temperature.

A close up shot of the Merlin 1D+ engines! This is the first Space Force mission for SpaceX. Last time SpaceX launched a next-gen GPS III satellite they expended the first stage booster, but this time they were able to stick a landing. SpaceX continues to impress.#SpaceX pic.twitter.com/5ggz0pVXTC

You can imagine what your iPhone would do when left out in the Florida heat for 24 hours before a rocket launch. Now try relying on that iPhone for remote photography at an exact moment.

Michael Cain described the Falcon 9 launch shot on iPhone as the result of prototyping several methods to overcome those challenges, so we caught up with the photographer to learn more about the process.

GoPro cameras are weatherproof and can be triggered by other devices at scheduled times. Weatherproofing an external power supply to keep the GoPro going proved challenging, however, and third-party GoPro triggers are pricey and untested.

After ruling out the GoPro, Cain turned to a spare iPhone 8 Plus for experimental remote rocket shots.

The same challenges with triggering capture, maintaining battery life, and not overheating existed. Maintaining stabilization during intense camera shakes was another issue Cain had to overcome to capture a usable shot on the iPhone.

The final setup consisted of the iPhone 8 Plus, a tripod with extra weighted stabilization, external batteries, and a small storage box.

A shorter than usual remote setup time was also in Michael Cain’s favor for this launch. Photographers usually position their cameras 24 hours before liftoff, but setup for the GPS III SV 3 mission occurred just 5 hours before the Falcon 9 launched.

Cain says stabilization continues to be a challenge for remotely shooting with experimental cameras like the iPhone. Still, Cain’s photograph shot on iPhone from the latest SpaceX launch shows what we can do with the camera in our pocket and a bit of ingenuity.

Check out Michael Cain’s complete catalog of launch photography, and stay tuned for more #ShotOniPhone rocket launches in the future.

Never pay for Mac cloud storage again with a lifetime pCloud account (75% off for Black Friday!)

Making the Grade: Clips is Apple’s most under-appreciated app in K-12

I, Too, Had a Terrifying Encounter With Satanism in an Airbnb or Maybe My...