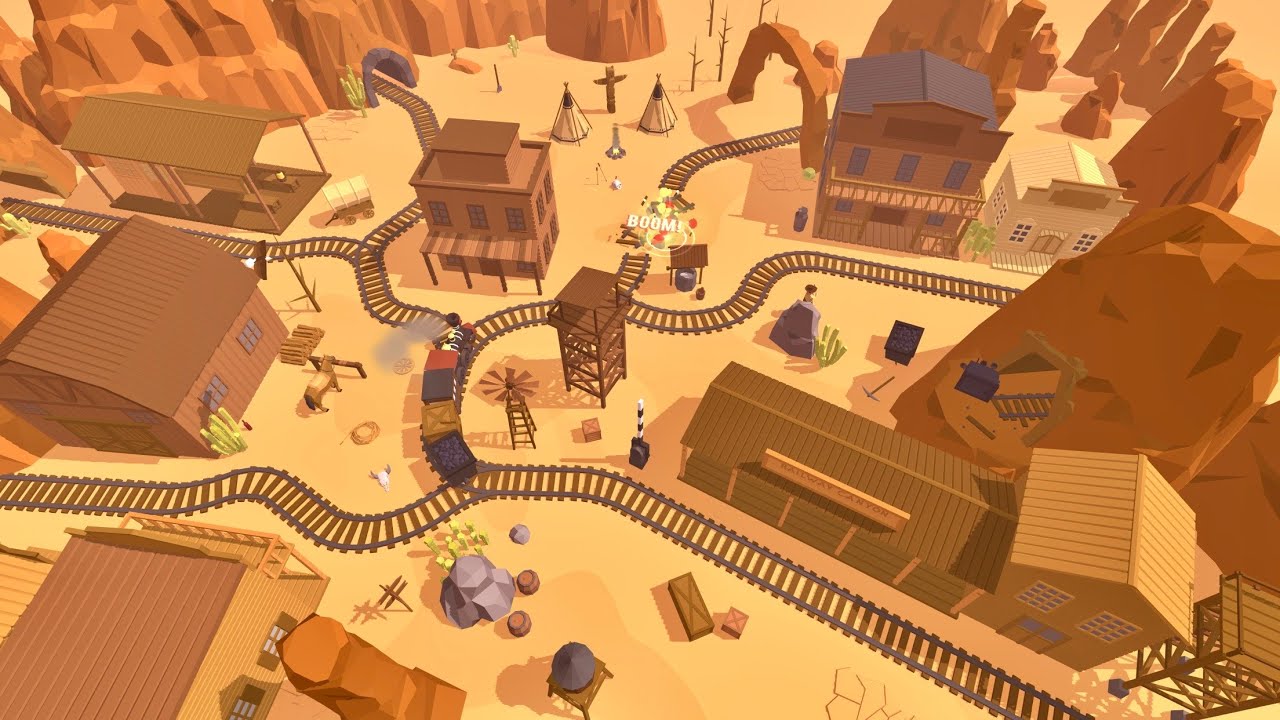 Growing up I was a huge fan of Pipe Mania and its fifty billion derivatives that have been released over the years. The basic gist is that you have a number of tiles on a grid that each have a different piece of pipe on them, and your job is to rotate and situate those pieces of pipe to create a continuous line of piping that can carry some green ooze from one side of the level to the other. You also have a time limit to do all this because eventually that ooze is going to start coming whether you’ve got a solid line of piping or not! It’s a really fun concept, and I mention the fifty billion derivatives because the concept is such a winner that it’s showed up in countless games and mini-games over the past several decades. Developer Crevasse Studios is putting their own stamp on it with their upcoming iOS game Railway Canyon which has you piecing together different parts of a train track in order to create a safe passage for an oncoming train. Check out the trailer.

Railway Canyon is designed to be a relaxing and easy-going puzzler and will feature 32 different levels to play through as you assemble track pieces and make your way across the Wild West. It’s also designed to be a totally premium experience with no ads, no in-app purchases, and no online connection requirements. Railway Canyon will be just $1.99 and it’s available for pre-order on the App Store right now ahead of its arrival in just a couple of weeks on July 13th.

How a Global Game Jam lead to the creation of The Lullaby of Life...

After iPad, Company of Heroes iPhone app arriving on September 10