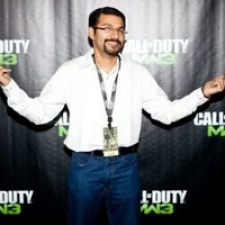 As reported by Video Game Chronicle, Nandakumar joined the studio back in April as he took on the role of lead engineer.

For over 12 years, he worked for Activision as an online programmer, and in that time he worked for Treyarch for just over eight years. First he was a senior software engineer before moving to being a specialist engineer.

Nandakumar is not the first major hire that the Nintendo-owned studio has made this year. Last month, Retro Studios hired Adad Morales as its new VFX lead artist, he is best known for his work on Battlefield and Star Wars.

Furthermore, back in February, the firm welcomed Mark Capers as an environment designer, his work can be seen in New Super Lucky’s Tale. James Beech also joined the studio as a designer. To top it off, former EA DICE art director Jhony Ljungstedt joined the Metroid Prime 4 developer.

US Soccer Players Can Be Collected, Traded in Tokenized Fantasy Game