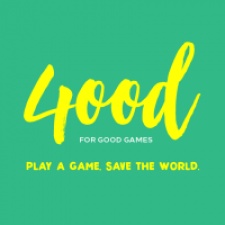 Finnish startup 4Good Games has closed its seed funding round.

The investment was led by company co-founder and vice chairman Jukka Pihlman. Further contributions came from other Finnish industry veterans such as Rovio founder Niklas Hed, the former lead at Supercell Jouni Utriainen and Teemu Mäki-Patola from Frogmind.

Games developed by the studio will have social impact at their core, as the firm hopes to give players a purpose through a connection between in-game events and real world impacts. Furthermore, up to half of the company’s profits will go to charity.

“It’s great to see that 4Good Games are able to show a solid business case, but even more important is that their products have social impact built in the core,” said Hed.

“I’m glad to see that this purpose-focused mission has already shown great promise in how well it resonated with players during early tests.”

“Our mission is to be the change we want to see in the world, and as game developers, that means promoting positive social impact through play,” said 4Good Games CEO and founder Ilmari Hakkola.

“Where many games with social impact fail is that they are not accessible or fun enough for mass audiences. In order to make a real impact, we need to create the best games out there. We aim to make giving fun.”

Pihlman added: “Individuals and the private sector will have to play an increasingly larger role in helping countries achieve the SDGs. I strongly believe that my investment in 4Good Games can make a much larger impact than anything I could have done on my own.”

Reddit’s Solution to the Stress of Moderating 2020 Is a First-Come First-Served Mindfulness App...