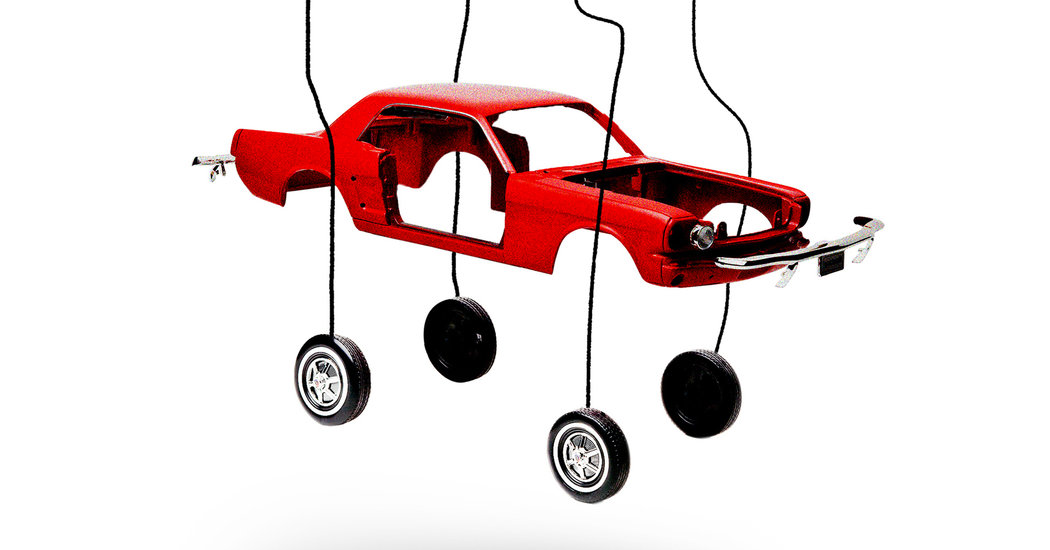 The underpinning of countless Silicon Valley success stories is a method of commerce that treats millions of workers as disposable and deprives them of protections regular employees enjoy, like employer-paid health care. Keeping Uber drivers and DoorDash food couriers classified as contractors saves the companies billions in costs and has helped fuel billions more in investor value.

Now, so-called gig economy companies are engaged in an existential fight on their California home turf to maintain those cost advantages by keeping drivers and food deliverers classified as independent contractors.

The companies are in court battling a new state law that more narrowly defines which workers can be treated as contractors. It was designed in large part to rein in Uber, Instacart and other companies that have exploited their workers with low or uncertain wages.

A loss would mean new outlays, like payroll taxes, travel reimbursement, health insurance and severance pay, and could empower workers to collectively bargain and forestall sudden fare or wage changes. By one estimate, Lyft and Uber saved more than $400 million from 2014 to 2019 by not paying into California’s unemployment fund.

“They are relying on taxpayers to bear the brunt of unemployment since they aren’t paying their fair share,” said Mara Elliott, the San Diego city attorney.

California lawmakers and regulators say the requirements of app-driven gigs entitle workers to the same benefits as regular employees, such as paid sick leave, reimbursed expenses and health care. The state attorney general and the city attorneys of San Diego, Los Angeles and San Francisco sued Uber and Lyft in May, saying the companies were flouting the law by continuing to classify workers as independent contractors.

Now, they are seeking an injunction to compel the companies to reclassify the laborers and will argue it in court in August. San Francisco’s district attorney, too, challenged DoorDash this month for how it classifies workers, citing the state law.

“These companies are engaged in a fight to benefit a business model that essentially denies workers their rights,” said Dennis Herrera, the San Francisco city attorney. “Their business model depends on them violating the law.”

It’s clear that Uber and other tech companies have simply defied the statute, arguing disingenuously that the law doesn’t apply to them and, moreover, that their workers oppose it because they would lose the flexibility of logging into or out of the app whenever they choose.

But there is no reason the on-demand companies couldn’t provide basic protections to their workers while also granting them flexible work schedules. And, in the bargain, the businesses would gain the ability to negotiate terms that could include, say, barring their workers from working for rival ride-sharing platforms.

The law, in fact, codifies a 2018 State Supreme Court ruling that holds companies to a three-part test to prove that workers are truly independent, including demonstrating that workers are free to work for others, that they operate autonomously and that their labor is not central to a company’s business.

Uber, in particular, has twisted itself into knots trying to explain how it should be exempt. It has even argued that drivers aren’t a core part of the business — as if the cars drive themselves — and that Uber is “not a transportation company.”

But Uber’s reasoning crumbles under scrutiny. The company, like other on-demand firms, dictates what type of car workers should use, when and where they should go and how they should get there. Workers say the companies can change wages and rules without notice and kick them off the apps, with no recourse.

While arguing that the state law doesn’t apply to them, Instacart, DoorDash, Lyft, Postmates and Uber have nonetheless committed more than $110 million collectively to funding a California ballot proposal granting gig economy companies a specific carve-out, while guaranteeing modest wage minimums and benefits.

That proposal is designed primarily to protect the companies from properly paying for their legion of workers, and voters would be wise to reject it. One study found that, under the ballot proposal, hourly wages would be a meager $5.64 after factoring in driver down time and other expenses, like fuel and vehicle maintenance. Uber’s threat to halt operations in the nation’s largest state is implausible, particularly as it struggles to overcome billions in annual losses.

The companies say that the law will force them to raise prices. That ought to be seen as a necessary goal. One way to think about the business model of gig companies is that they allow customers to benefit from the same kind of pricing power as Walmart. Each person is buying only a little bit of low-cost labor, but collectively, they can dictate terms to the drivers.

The point of minimum wage and benefit standards is to limit the impact of this kind of market power. Gig workers need protections. They need the government to force consumers to pay more for cab rides.

Americans are willing to spend extravagantly on their smartphones. Now it’s time they also spent a little more on the artificially low-paid labor those phones have made possible.

The updated classification of on-demand workers nationwide has taken on added urgency during the coronavirus pandemic as shelter-at-home orders have decimated the ride-hailing industry. Workers whose primary income was ferrying Lyft and Uber passengers have struggled to replace their lost income since demand cratered.

Normally ineligible for unemployment benefits, gig workers were granted a temporary lifeline in the federal coronavirus aid package — but some states have said they’ll have to wait weeks for stimulus checks (gig economy companies don’t remit payroll taxes on behalf of their contract workers). And as states like Texas and Florida pause their reopening plans, it’s not clear that on-demand workers will be able to get additional aid if gig work dries up again.

Without strict employment rules, some of the on-demand companies have failed to enforce consistent safety measures during the pandemic, including providing sufficient numbers of masks or guidance on social distancing, while pushing workers to fulfill an ever greater number of orders to keep up with the rising demand for food deliveries. Some Instacart workers, for instance, say they come into close contact with dozens of people while shopping for and delivering people’s groceries.

Another fear for on-demand companies, of course, is that other states could quickly follow in California’s footsteps if they lose the fight at home. Proposed legislation in states such as New York and Illinois appears sensible and should be seriously considered, whatever the outcome in California.

The gig economy has become a part of our daily routines. But workers shouldn’t have to bear the brunt of a business model that works only when they are exploited.

The Times is committed to publishing a diversity of letters to the editor. We’d like to hear what you think about this or any of our articles. Here are some tips. And here’s our email: letters@nytimes.com.

Samsung makes it easy to create your own live wallpaper

TikTok Let the Doge Out: Why TikTok Doge Is Everything About 2020 Finance in...