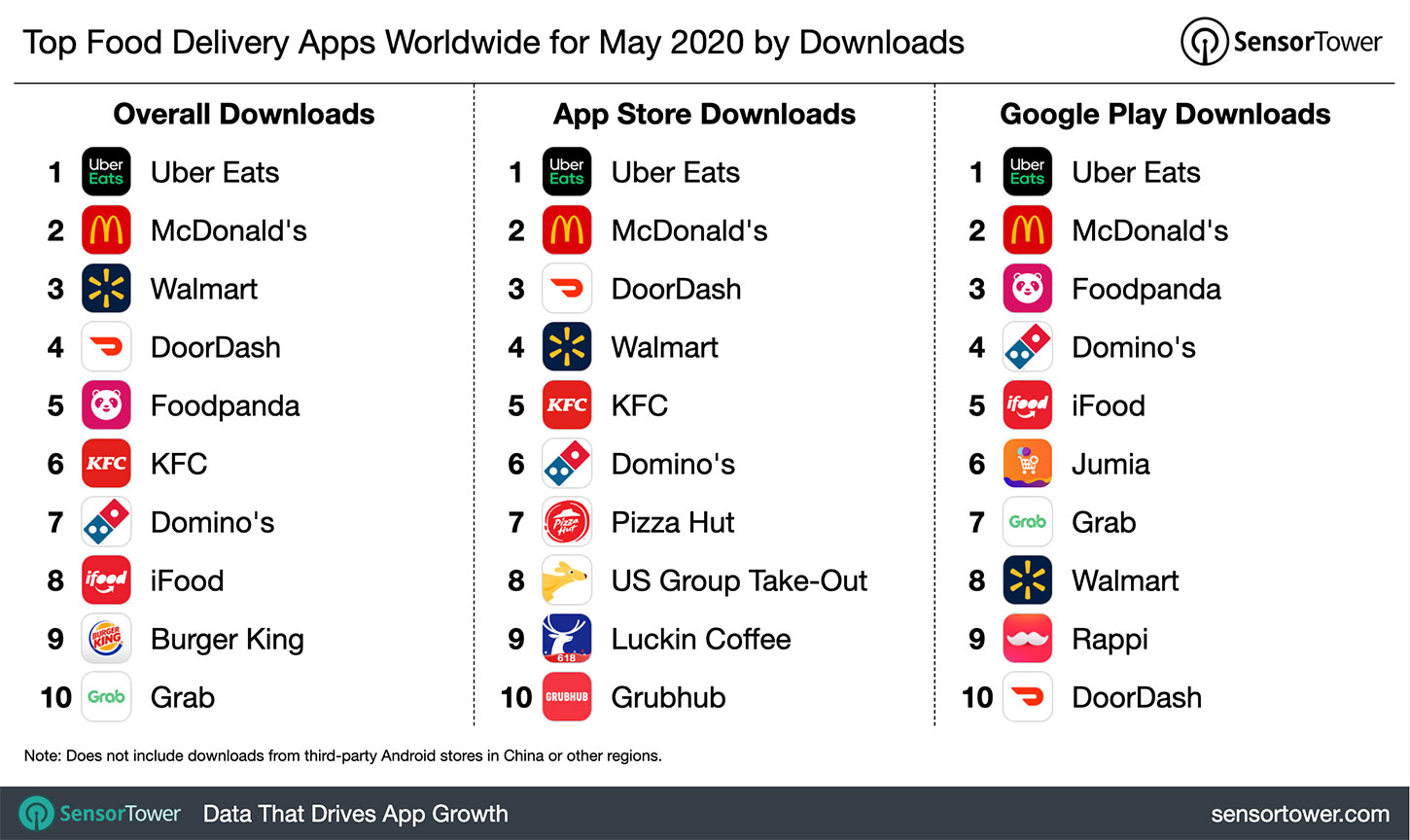 Uber Eats was the most downloaded food delivery app worldwide for May 2020 with more than 8.2 million installs, which represented a 3.4 percent increase from May 2019. The countries with the most installs of the app during this period were the United States at 18.7 percent of its total downloads and Japan at 15.8 percent. The full top 10 ranking of food delivery apps worldwide by downloads for May 2020 is above. App download estimates are from Sensor Tower’s Store Intelligence platform.

McDonald’s was the second most installed food delivery app worldwide last month with more than 6.6 million installs. The countries with the largest number of McDonald’s installs were the U.S. at 18 percent, followed by Japan at approximately 12 percent. Walmart, DoorDash, and Foodpanda rounded out the top five most installed food delivery apps worldwide for the month.

Want to see how the rankings compared to the previous month? Check out the Top Food Delivery Apps Worldwide for April 2020 by Downloads here.

This is Not a Drill–Ring Fit Adventure Stayed in Stock For More Than Five...

Tuck Me Inside the Scorpion Machine

Is Xbox Game Pass Really the ‘Best Deal in Gaming’?