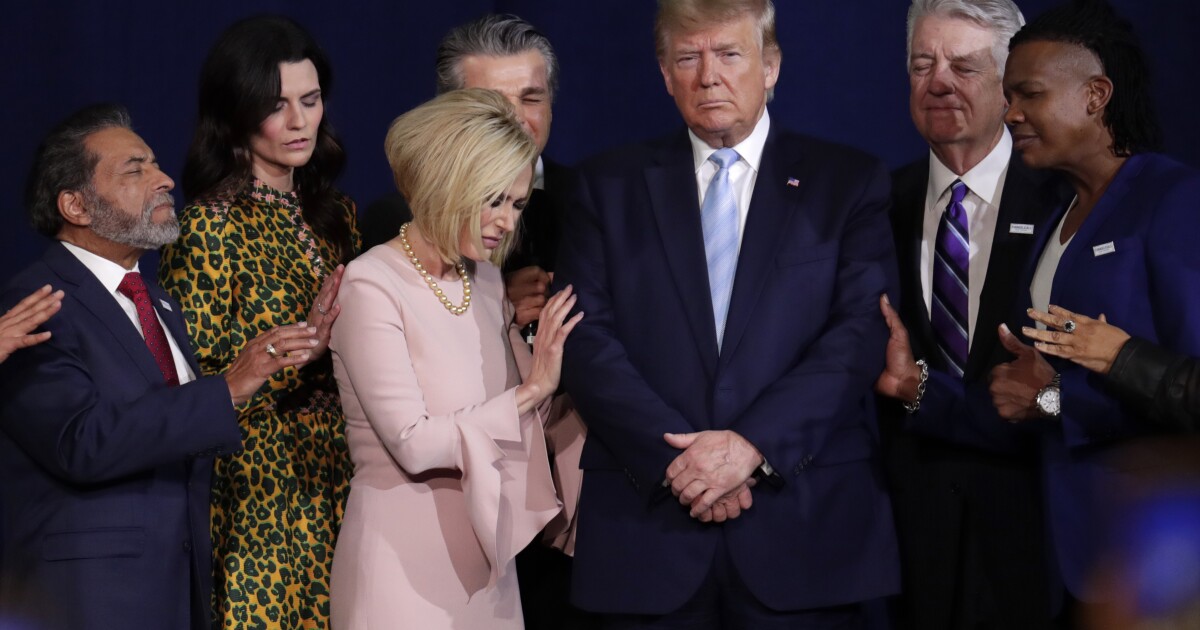 To the editor: A letter writer objected to the idea expressed by Sarah Posner in an op-ed piece that any of Donald Trump’s evangelical loyalists ever said that the president was “divinely anointed,” calling it “misinformation” and asking who has ever said such a thing. Here’s a short list:

Last November, former Energy Secretary Rick Perry said that Trump is “here at this chosen time because God ordained it.”

Franklin Graham, the son of Billy Graham, said in June 2019, “God was behind the last election.”

Brad Parscale, Trump’s campaign manager, said in April 2019, “Only God could deliver such a savior to our nation.”

Maybe Posner was not so far off after all.

To the editor: One letter writer wants proof that evangelical loyalists believe Trump has been handpicked by God.

A quick internet search produces numerous examples, one of which is Sarah Huckabee Sanders, Trump’s (now former) press secretary, telling television preacher Pat Robertson’s Christian Broadcasting Network: “I think God calls all of us to fill different roles at different times, and I think that he wanted Donald Trump to become president. That’s why he’s there, and I think he has done a tremendous job in supporting a lot of the things that people of faith really care about.”

The ‘Petro-Masculinity’ of This Weekend’s Trump Highway Rallies

Why haven’t we seen Windows on Arm laptops with MediaTek chips?