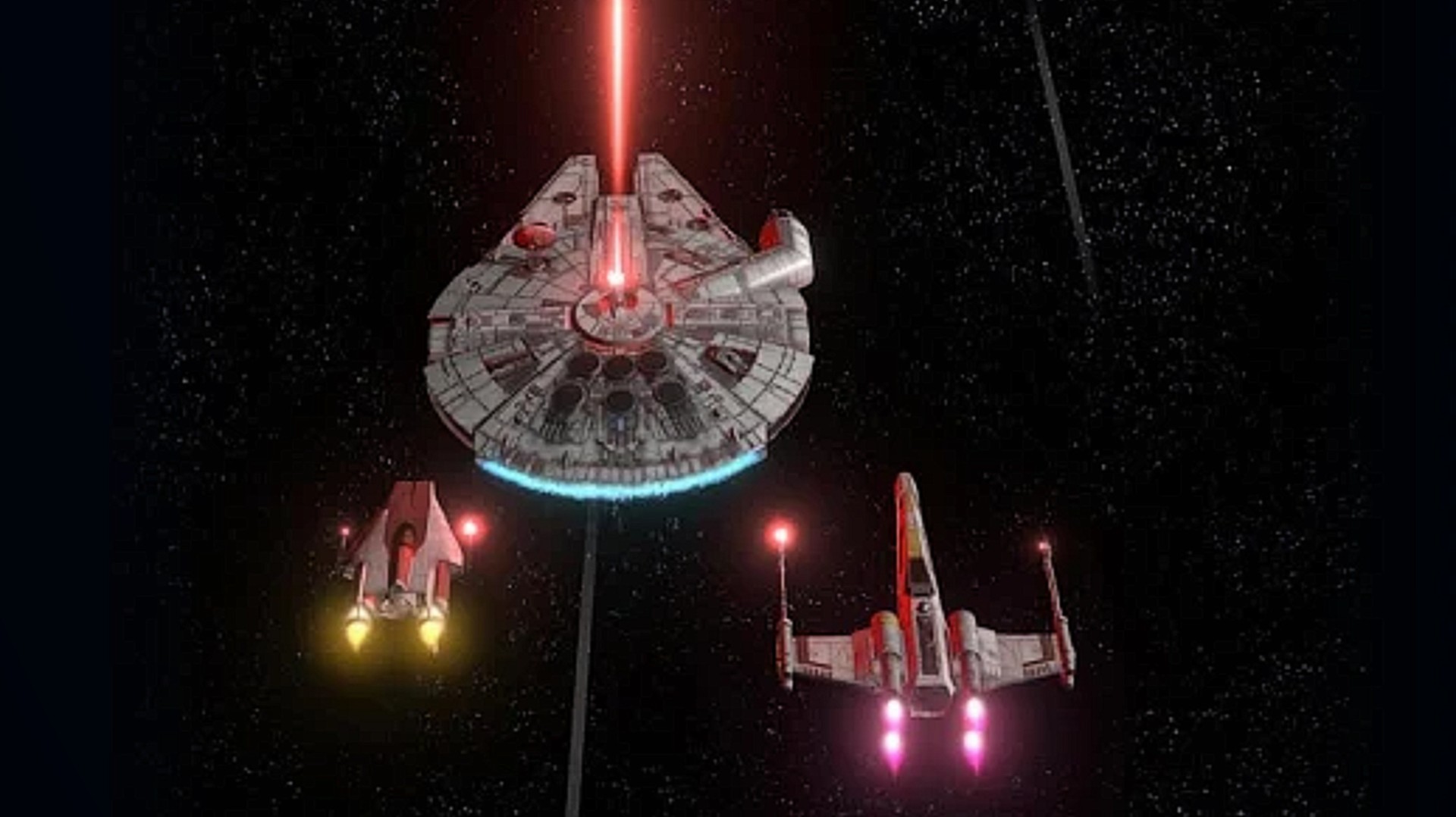 Joymax has revealed that its Star Wars space shooter, Star Wars: Starfighter Missions, is now open for pre-registration in Japan, Korea, and a few other Asian countries. Though it has no relation to the classic Star Wars: Starfighter, this new mobile game lets you live out your favourite ship battles from the series. Sounds pretty great to us!

We’ve known about Star Wars: Starfighter Missions – lets just call is Starfighter, eh? – since April, but this is the first news we’ve had since then about a launch date. The current release date for the Asian territories is scheduled as September 1, though that could be subject to change. It does, however, look hopeful that after this soft launch, we in the west should get a chance to live out our rogue leader fantasies.

For any hearing about Starfighter for the first time, in the game you control three fighter craft – a wing if you will – and take on wave after wave of enemies fighters as they fly at you. It’ll take all your speedy reflexes and shooty skills to blast them into space junk.

But don’t take our word for it, the trailer gives a pretty good account of what the game is about:

“We would like to thank all Star Wars fans who have been waiting for this pre-registration of Star Wars: Starfighter Missions. It will be a thrilling experience for all Star Wars fans to relive iconic battles depicted in the films on mobile”

Starfighter isn’t in the west yet, but the soft launch is promising. Keep your eye on the site, and we’ll keep you updated! In the meantime, why not try some of the best mobile multiplayer games on mobile? Or our list of the best Android games?

BigID keeps rolling with $70M Series D on $1B valuation

You can now get up to 4 TB of iCloud storage