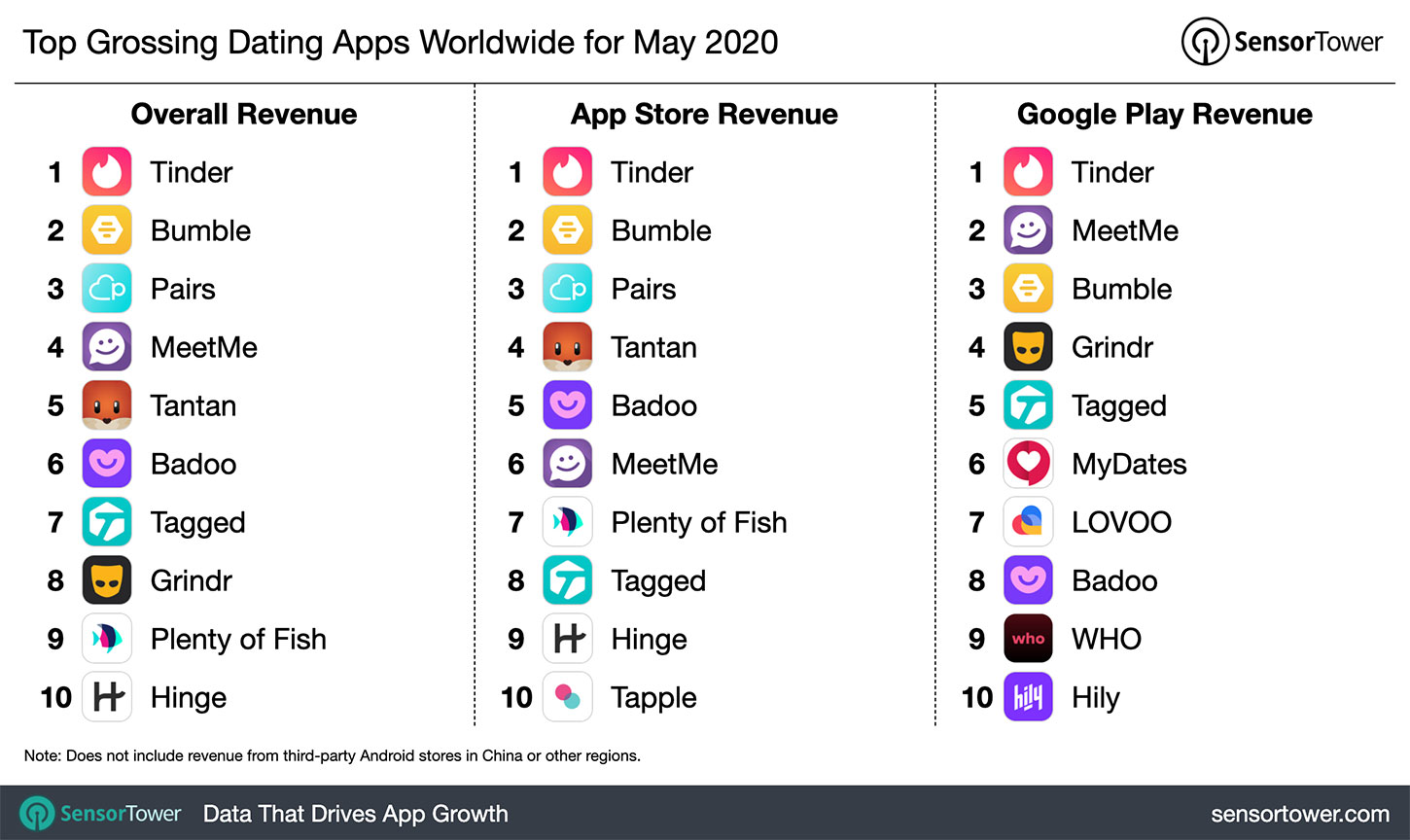 The top grossing dating app worldwide for May 2020 was Tinder with more than $65.3 million in user spending. Approximately 41.5 percent of Tinder’s revenue was from the United States, followed by 5.6 percent from Great Britain and 5.4 percent from Japan. The full ranking of the top grossing dating apps for May 2020 is above. App revenue estimates are from Sensor Tower’s Store Intelligence platform.

Bumble was the second highest earning dating app worldwide for May 2020 with close to $16 million in gross revenue. About 76.2 percent of Bumble’s revenue was from the U.S., followed by 7 percent from Great Britain. The next top grossing app was Pairs, followed by MeetMe and Tantan.

Want to see how the rankings compared to the previous month? Check out the Top Grossing Dating Apps Worldwide for April 2020 here.

Store Intelligence users can see app revenue and app download estimates for the above apps in addition to historical performance metrics on the Sensor Tower platform. Our revenue estimates are from the App Store and Google Play worldwide between May 1, 2020 and May 31, 2020 and represent gross user spending. These rankings do not include app revenue from third-party Android stores.

Russian Courts Can’t Agree on Whether Crypto Is Property

The World Will Lose Madagascar’s Lemurs Without Action

Pascal’s Wager Just Got Its Huge Winter 2020 Update on iOS and Android Bringing...