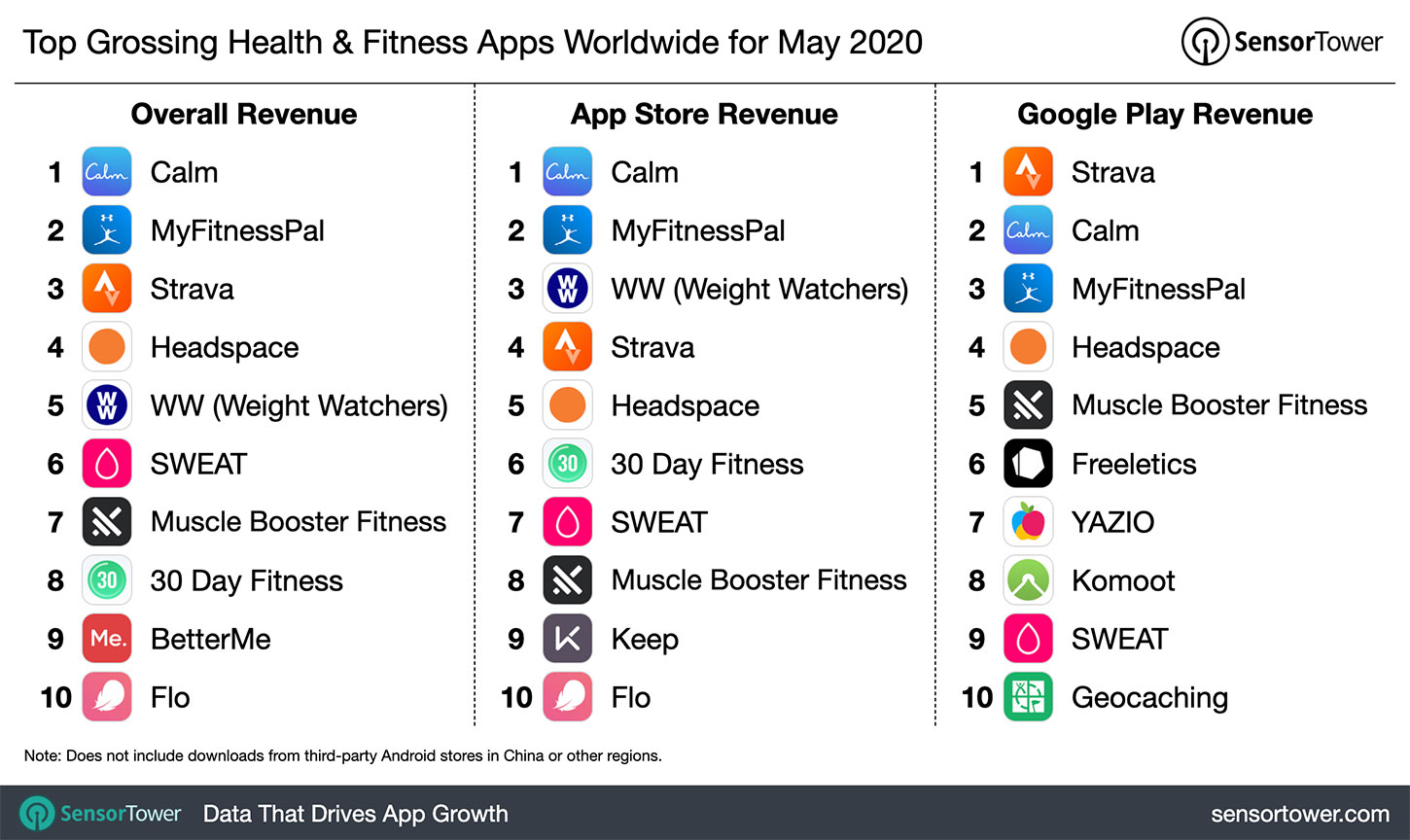 The top grossing Health & Fitness category app worldwide for May 2020 was Calm with close to $7.7 million in user spending. Approximately 51.7 percent of Calm’s revenue was from the United States, followed by 14.1 percent from Great Britain and 5.7 percent from Australia. The full ranking of the top grossing Health & Fitness category apps for May 2020 is above. App revenue estimates are from Sensor Tower’s Store Intelligence platform.

MyFitnessPal was the second highest earning Health & Fitness category app worldwide for May 2020 with more than $6.5 million in gross revenue, which represented 1.3 percent year-over-year growth from May 2019. About 61.8 percent of MyFitnessPal’s revenue was from the U.S., followed by 12.8 percent from Great Britain. The next top grossing app was Strava, followed by Headspace and Weight Watchers.

Want to see how the rankings compared to the previous month? Check out the Top Grossing Health & Fitness Apps Worldwide for April 2020here.

We asked, you told us: Most of you like Vivo’s new OriginOS skin

Unity Software has strong opening, gaining 31% after pricing above its raised range

Bundle iPad Pro or AirPods Pro with AppleCare and save in today’s best deals,...