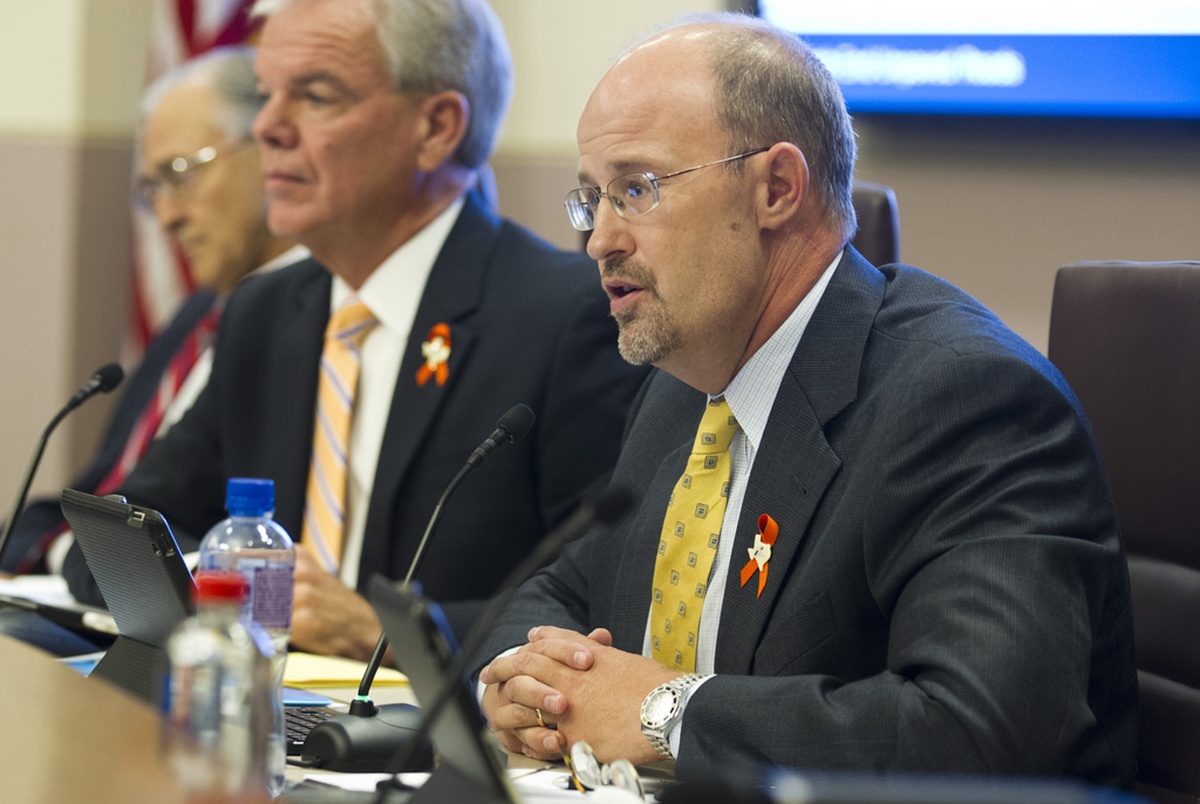 The acting head of Texas’ massive health and human services bureaucracy, who is leading a 36,600 employee agency during a global pandemic, is also working a second job as the well-paid general manager of the Lower Colorado River Authority, a quasi-state agency — funded without state tax dollars — that provides water and electricity to more than a million Texans.

And despite temporarily heading one of Texas’ largest and most high-profile agencies, acting Executive Commissioner Phil Wilson is not on state payroll. Instead, he continues to earn $636,694 from the river authority, more than double what the previous health commissioner made.

Political scientists say it’s an atypical arrangement at an atypical time — one that let the governor tap an experienced and well-respected person during a crisis without asking Wilson to take a pay cut and leave a plum river authority position. They also raised questions about how sustainable it is to have the state’s top health official holding another management position at the same time.

“There are only so many hours in a day, and if somebody’s splitting their work product between two employers, something could fall through the cracks,” said University of Houston political science professor Brandon Rottinghaus. “[The Health and Human Services Commission] is the biggest agency in the state and would seem to require a full-time, dedicated employee to run it. … I’m surprised that either agency is comfortable with this arrangement.”

Wilson explained how he’s balancing the two roles in a written statement.

“Both organizations have outstanding leadership in place and my job is to provide clear direction and vision for each, then let my teams perform their respective duties,” he said. “It’s also to make sure the full measure of each team’s experience, expertise and knowledge is brought to bear to ensure each decision I make is in the best interests of the people LCRA and HHSC serve every day.”

Leading the sprawling health commission is a high-profile job even without a pandemic.

But the agency, which regulates nursing homes and operates nearly two dozen state hospitals and state supported living facilities, has been key to the coronavirus response, especially as long-term care facilities have emerged as hot spots for the virus across the country. Family members have complained of being in the dark about the risk of exposure inside, and residents in Texas facilities are now being widely tested for the virus.

HHSC spokesperson Christine Mann said Wilson’s job at the health agency remains temporary and that he chose not to accept a salary or benefits for the position.

Both the governor and the river authority board chair expressed confidence in Wilson. Abbott spokesperson John Wittman said Monday the governor was grateful Wilson had stepped up and that “there is no better person to help lead the state through a pandemic than Phil Wilson.”

“If there’s anyone in the world who can handle both of these jobs at the same time, it’s Phil Wilson. He is doing a terrific job for LCRA and for the state of Texas,” board chair Timothy Timmerman said via a spokesperson.

Wilson has had a long career in and around state government, at least once making news for out-earning predecessors in the same positions. As executive director of the Texas Department of Transportation, his starting salary was $100,000 more, 50% higher, than the previous head. Wilson was also deputy chief of staff to Gov. Rick Perry, who appointed him secretary of state, and worked as a lobbyist and corporate officer for Irving-based Luminant, an electricity generator.

He’s been called upon to aid a state agency before. In 2018, Abbott and Land Commissioner George P. Bush announced Wilson would help secure housing for residents after Hurricane Harvey after news reports that thousands were still waiting for government assistance. Brittany Eck, a spokesperson, said Wilson did not receive a salary from the land office but was reimbursed a few hundred dollars in travel expenses.

There’s no policy that bars Wilson from receiving a salary for his work with the health agency, said Tuma, the river authority spokesperson, though employees of the river authority cannot engage in outside employment that conflicts with their job duties. The river authority and health commission have no overlapping business or operations, she said.

Created by the Legislature in the 1930s, the river authority receives no state appropriations, instead making money by generating and transmitting electricity and selling water across a swath of Texas. It’s governed by a 15-member board appointed by the governor and confirmed by the Senate, and it employed 1,860 people in fiscal year 2018. Wilson has served as general manager since 2014.

Like Wilson, chief of staff Greg Cox is similarly splitting his workdays between the two organizations while remaining on river authority payroll. In March, Abbott tasked another official, Clint Harp, with assisting with “asset research and procurement” of personal protective equipment and other supplies related to the coronavirus response. Harp is also being paid by the river authority.

This is not the first time Abbott has tapped an organization head to assume additional duties during a disaster.

In the wake of Hurricane Harvey, Abbott selected the Texas A&M University System chancellor — a former lawmaker, railroad commissioner and state comptroller — as his recovery czar, a post that was not paid.

Chancellor John Sharp told the Texas Tribune in 2017 that he would rely heavily on A&M System staff to help with the recovery and that the appointment wasn’t a request.

In 2015, the governor created an independent “strike force” to review the health agency after it awarded a $110 million contract outside of the competitive bidding process. It was led by another A&M University System leader, Billy Hamilton.

“He’s someone who clearly knows how things work, knows how to get things done, and I think more important than anything else, has the confidence of Gov. Abbott,” Jones said. “However, the longer this irregular arrangement continues, the greater the level of concern that we should have about his ability to adequately do both jobs in an optimal manner.”

Disclosure: Lower Colorado River Authority, Rice University, the University of Houston, the Texas secretary of state and the Texas A&M University System have been financial supporters of The Texas Tribune, a nonprofit, nonpartisan news organization that is funded in part by donations from members, foundations and corporate sponsors. Financial supporters play no role in the Tribune’s journalism. Find a complete list of them here.

Master the Meta: Three reasons why Playco is worth $1 billion