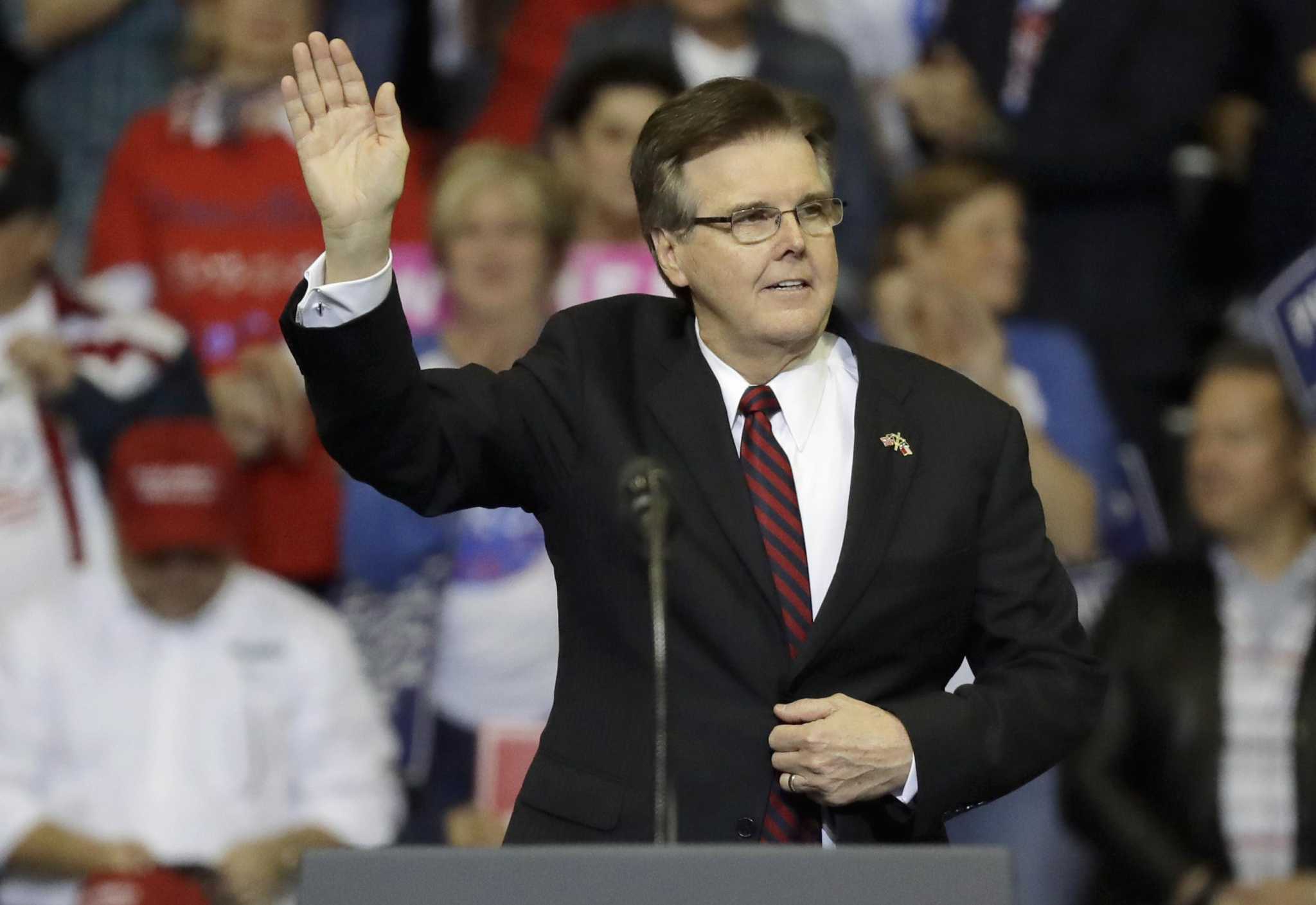 While most of the attention has been on the wide-open Democratic caucuses, Trump also has opposition. Republicans Joe Walsh, a former Illinois congressman, and former Massachusetts Gov. Bill Weld are both on the ballot.

Patrick on Sunday night tweeted out a photo of himself and Perry, the former Texas Governor, watching the Super Bowl in Iowa prior to visiting caucus sites around the state.

Surrogates who will be speaking for @POTUS @realDonaldTrump at the #IowaCaucuses tomorrow are watching #SuperBowl2020 tonight — here with @SecretaryPerry and @KimReynoldsIA #KeepAmericaGreat2020 pic.twitter.com/YsalyQcugg

It’s no surprise that Patrick, 69, will be in Iowa. He is honorary chairman of Trump’s campaign in Texas, a role that has put him on television and at speaking engagements around the nation touting the president’s record. Patrick has also been a regular advisor to Trump on border security issues.

Patrick will speak at an elementary school in Waukee, just west of Des Moines. Perry meanwhile will be at a middle school about 25 miles away in Winterset — the birthplace of legendary actor John Wayne. Brady will be just north of Des Moines.

Perry is no stranger to the Iowa Caucuses. In 2012 and 2016 he was among the Republican candidates trying to win the state.

iOS: How to automatically silence unknown and spam calls on iPhone