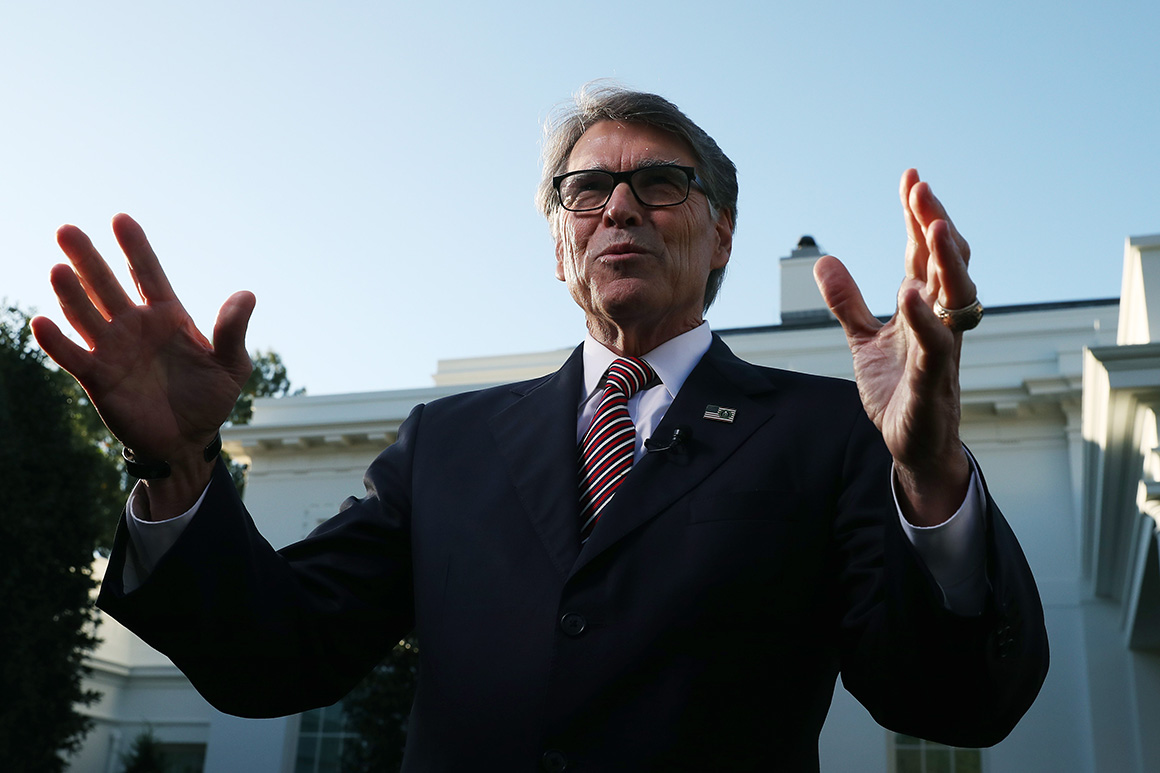 Perry said he never heard President Donald Trump nor any administration official mention Biden during their conversations with Ukraine. Reports concerning Biden’s son, Hunter, role in sitting on the board of a Ukrainian gas company first appeared in May.

“In our conversations dealing with this issue, I never heard the president say the words Biden,” he told Hewitt. “I never heard the word Biden mentioned, not from him, not from staff, not from the EU ambassador [Gordon Sondland], not from [former U.S. special representative for Ukraine] Kurt Volker. Never one time was that said.”

Perry was not asked nor did he address his involvement as one of the “three amigos” that a top U.S. diplomat told congressional investigators Tuesday amounted to “an irregular, informal channel of U.S. policymaking with respect to Ukraine.”

The testimony from that diplomat, William Taylor, painted a damaging portrait showing that Trump sought to withhold critical military aid to Ukraine and refuse a White House meeting with the country’s president unless he pursued politically motivated investigations into Trump’s rivals.

The former Texas governor defended his decision to not comply with the Congressional subpoena seeking information in a separate interview on Fox Business.

“The president did absolutely nothing wrong,” he said. “I was in those meetings. He never said the word Biden in any of them and there is no quid pro quo going on here like the Democrats would like to make you think. We’re not going to participate in an unlawful effort. When the Congress follows the precedent in this impeachment effort, then I’ll be happy to go but not until they have a vote, not until they follow the law.”

Does Adidas’s Foray Into Carbon-Plate Running Shoes Live up To the Hype?

Ancient Mars May Have Been Less Wet Than We Thought