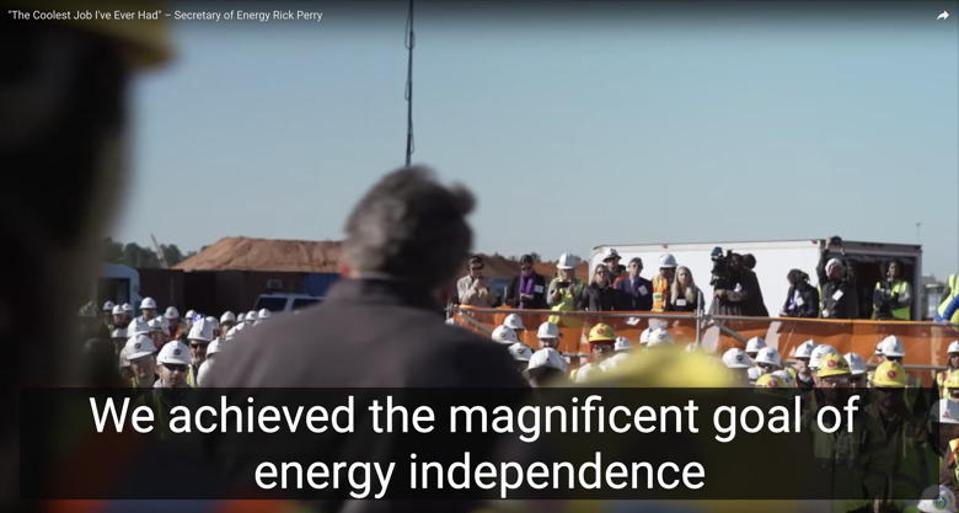 In his farewell video to Energy Department employees, departing Energy Secretary Rick Perry takes credit for many accomplishments of the department —including one that hasn’t happened.

“We achieved the magnificent goal of energy independence,” says the former Texas governor in a video released last week titled “The Coolest Job I’ve Ever Had.”

But his department disagrees:

“The United States produces a large share of the petroleum it consumes, but it still relies on imports to help meet demand,” according to the Energy Information Administration. “In 2018, the United States produced about 17.7 million barrels of petroleum per day (MMb/d), and it consumed about 20.5 MMb/d. Imports from other countries help to supply domestic demand for petroleum.”

The U.S. imported 9.9 MMb/d in 2018, according to EIA, only slightly less than the 10.1 imported in the final year of the Obama Administration, but significantly more than the 9.2 imported in 2014.

“In 2018, total U.S. petroleum exports averaged about 7.6 MMb/d, which included about 2.0 MMb/d of crude oil or about 26% of total petroleum exports. Most U.S. petroleum exports are petroleum liquids and refined petroleum products. Because of logistical, regulatory, and quality considerations, exporting some petroleum is the most economical way to meet the market’s needs. For example, refiners in the U.S. Gulf Coast region frequently find that it makes economic sense to export some of their gasoline to Mexico rather than shipping it to the East Coast of the United States, because lower cost gasoline imports from Europe may be available to the East Coast.”

Lest we think Perry is referring to something that happened in 2019, the latest Weekly Petroleum Status Report paints a similar picture:

During that week, the U.S. imported 6.3 MMb/d of crude oil and exported about half that much. It also exported petroleum products so that ultimately the U.S. exported, on net, 3.1 MMb/d more than it imported. (My colleague Robert Rapier has a nice summary of the math required to determine the import/export balance.)

But the import/export balance itself does not prove energy independence, according to Jason Bordoff, founding director of the Center on Global Energy Policy at Columbia University’s School of International and Public Affairs. As long as the U.S. participates in the global market, he argues, it is not independent of market fluctuations.

“The vulnerability of U.S. consumers to global oil price spikes depends not on how much oil the United States imports, but on how much it consumes,” Bordoff writes in Foreign Policy. “The best way to insulate drivers from inevitable oil price shocks is to reduce how much oil we use in the first place.”

From a Republican perspective, James A. Baker III, a former cabinet secretary to three Republican presidents, appears to concur with Bordoff:

“Increased domestic production has reduced our exposure to external supply shocks, notably in oil,” Baker said in a speech this month at the Baker Institute. “Note that I said reduced, not ended or eliminated. We remain vulnerable to instability in major hydrocarbon producing regions in the rest of the world. In particular preventing supply disruptions in the Persian Gulf remains a top American strategic priority.

“The notion that increased US oil production can permit us to walk away from the Gulf and the Middle East is really the stuff of fantasy. That’s because as this audience well knows oil markets are global not regional. Prices are established by world supply and demand and as a result a sharp decline in exports from the Persian Gulf would still increase prices even here at home.”

But perhaps Perry has subscribed to President Trump’s reality. Trump made a similar claim to energy independence in a speech Sept. 12 which was promptly debunked by Politifact.

I sent a request for comment to Perry and the DOE News Office, and I will update this story when they respond. 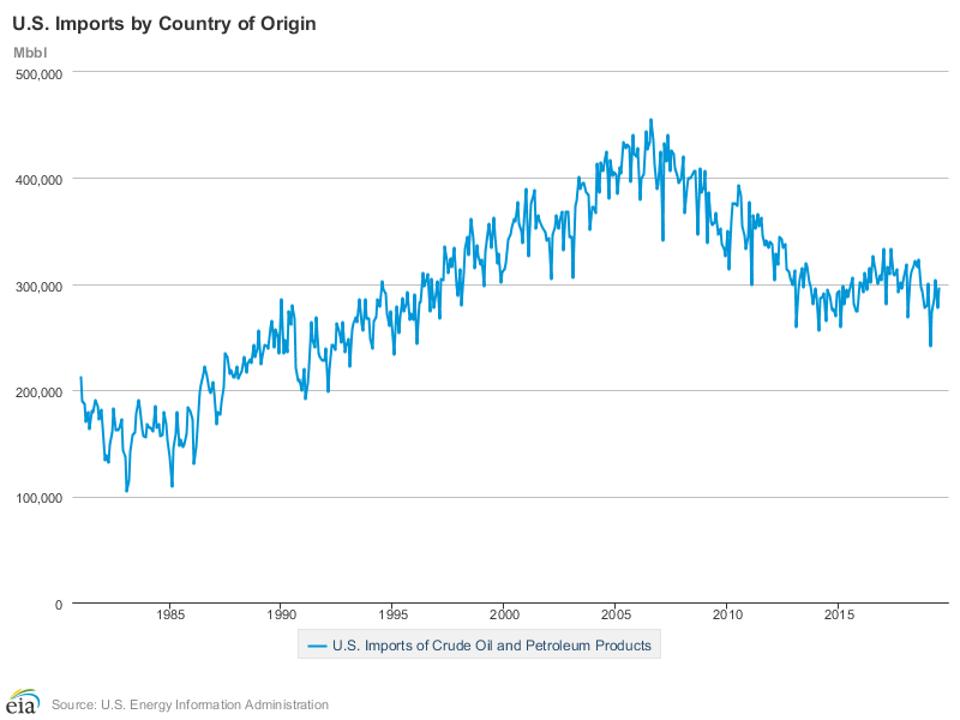 U.S. crude oil and petroleum products have declined from a 2005 peak, but remain substantial, … [+] according to the Energy Information Administration.

Will there be a steady electricity supply over the next decade? – Independent Online

What Does Epic Games Hope to Gain From Its Lawsuit Against Apple and Google?