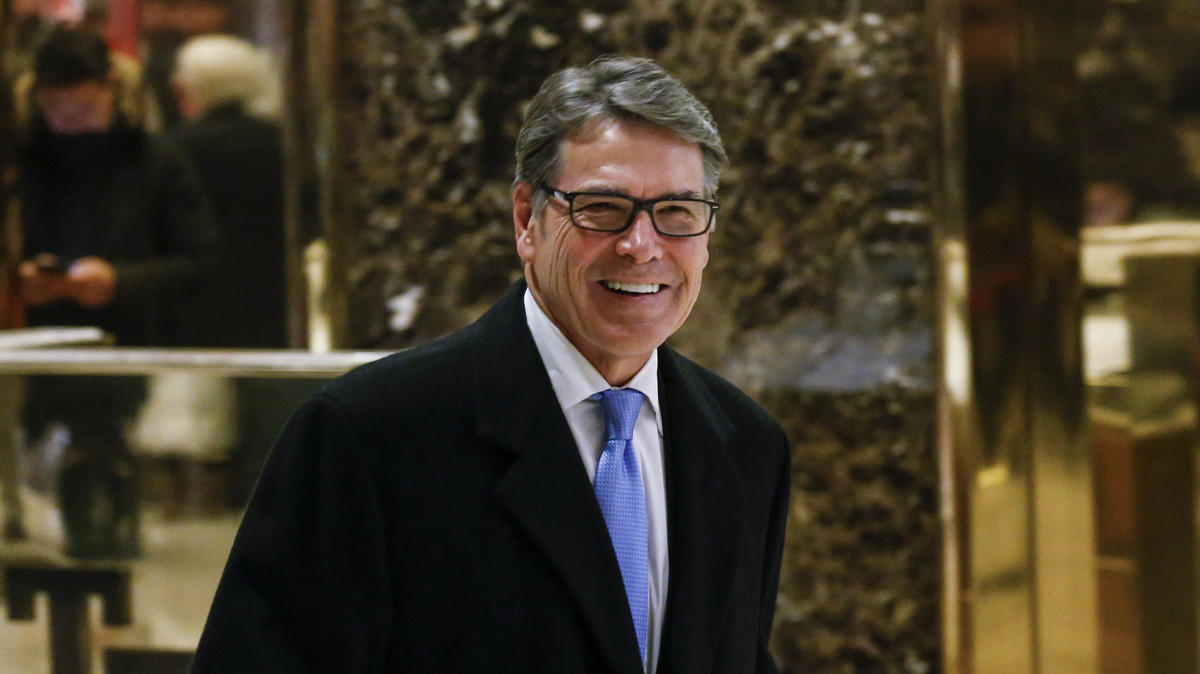 It’s a good thing former Texas Gov. Rick Perry once forgot he wanted to eliminate the Department of Energy, because President-elect Donald Trump is nominating him to lead the agency.

Perry, who served 14 years as governor of energy-rich Texas, blanked on the Department of Energy’s name during a televised gaffe in a 2011 debate that was probably the most high-profile moment of his troubled 2012 presidential run. It’s become known as the “Oops” moment:

Perry ran again in 2016. But in an early sign of the electorate’s anti-establishment mood, he and several other multiple-term governors dropped out of the race in its early stages, while Trump, a man with no prior political experience, rushed to the head of the Republican primary pack.

Perry was critical of Trump, warning that he was a “cancer on conservatism,” but he eventually endorsed him.

In a statement, Trump said Perry would carry out his goal to “take advantage of our huge natural resource deposits to make America energy independent and create vast new wealth for our nation.”

In one of the many only-in-2016 twists, the former Texas governor appeared on Dancing With The Stars this fall as the onetime-Apprentice star contended for, and ultimately won, the White House:

If confirmed, Perry would oversee a broad-reaching department with ties in everything from funding energy research and providing loans for alternative energy efforts, to tracking and analyzing American energy production and consumption, to securing the safety of America’s nuclear weapons.

(Despite the popularity of Netflix’s summer hit Stranger Things, the Department of Energy does not explore parallel universes. It actually put out a statement about this during the show’s cultural peak.)

The current energy secretary, Ernest Moniz, a nuclear physicist, played a major role in negotiating and crafting the Obama administration’s controversial nuclear deal with Iran. Under Obama, the department has been a big booster of alternative energy like wind and solar power.

A questionnaire the Trump transition team sent to Department of Energy employees is raising a lot of questions about how the incoming administration would change the department’s priorities. As NPR reported:

“It wants to know who at the Department of Energy attended domestic and international climate talks. It wants emails about those conferences. It also asks about money spent on loan-guarantee programs for renewable energy. … The Trump team questionnaire also asks about the Energy Department’s role in the Iran nuclear deal, which Trump has called ‘stupid.’ And it asks for the 20 highest paid employees at the department’s national laboratories.”

The questionnaire alarmed Democrats, like Massachusetts Sen. Ed Markey, who sent a letter to Trump raising concerns that “this request suggests that your administration may intend to retaliate against career employees who faithfully executed their responsibilities.”

Krafton to merge with PUBG Corp later this year