Tech News Extra
Home Uncategorized YouTube is about to shake up mobile live streaming in a big...

The Google-owned video giant announced Thursday it is finally offering live streaming on its mobile app.

The news, dropped during YouTube CEO Susan Wojcicki’s keynote at VidCon, comes after months of speculation. It positions YouTube to directly compete with not just Facebook, but also Periscope, Meerkat and a handful of other live streaming platforms that have popped up in the last year.

The new app will give users the ability to live stream by clicking a red capture button in the corner of the app. They can then take or select a photo to use as a thumbnail, and you broadcast live to fans and chat in near real time. 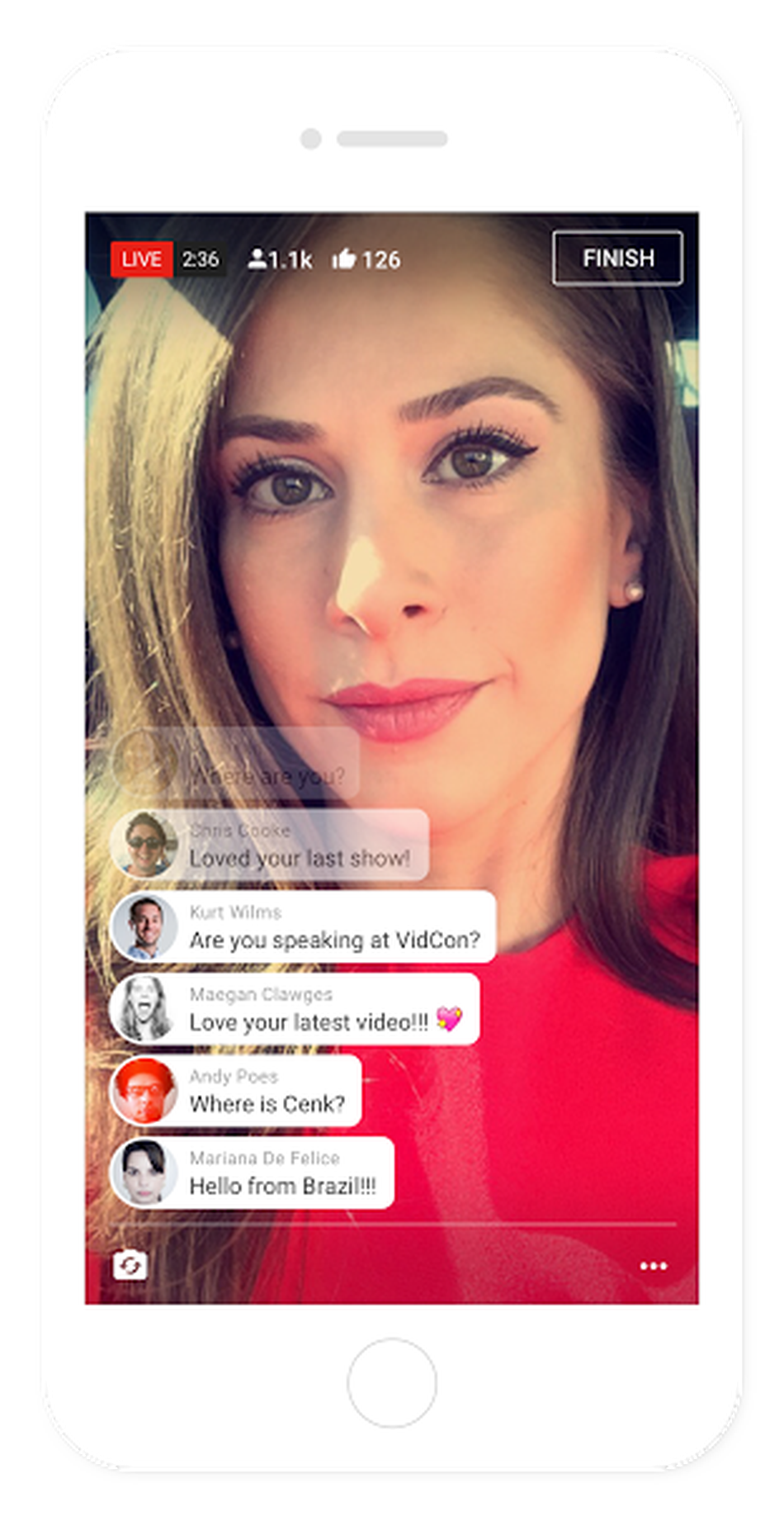 A look at what the livestreaming function will look like on YouTube’s app.

“Live streaming is not something that’s new for us, we’re always thinking about new ways to capitalize on immersive digital video in general,” Neal Mohan, chief product officer at YouTube told Mashable in an interview ahead of VidCon. “Our belief is that YouTube —- being central place of video on Internet — needs to be on the cutting edge. And we want to make it easier for our users to take advantage of these new technologies.”

YouTube said it feels it will offer more than other live streaming competitors because it has a better infrastructure in place.

Wojcicki said this new offering will likely help fuel creation on the platform.

“We want to make it easier for our users to take advantage of these new technologies.”

“I’m really looking forward to seeing how everybody here uses these creative tools,” the CEO said during the keynote

The news comes just one day after House Democrats live streamed a sit-in to protest the Republican majority’s inaction on gun control. The House floor footage was only available on social media, even CSPAN broadcasted Periscope feeds.

It also comes as YouTube continues to ramp up its live offerings.

The platform has been utilizing live streaming since 2011, when millions of people around the world tuned in to watch the Royal Wedding and again in 2012 during Felix Baumgartner‘s supersonic freefall.

Earlier this year, YouTube became the first to ever broadcast a 360-degree live stream during Coachella. More than 21 million people tuned in to watch Coachella on YouTube this year.

The live streaming capabilities became available to a handful of creators Thursday — The Young Turks, AIB, Platica Polinesia, SACCONEJOLY and Alex Wassabi  — and will be rolling it out more widely soon.

Have something to add to this story? Share it in the comments.

GDC 2020: how King learned from RPGs to create blockers in Candy Crush

Shooters are the sixth biggest mobile genre in the US, finds GameRefinery report